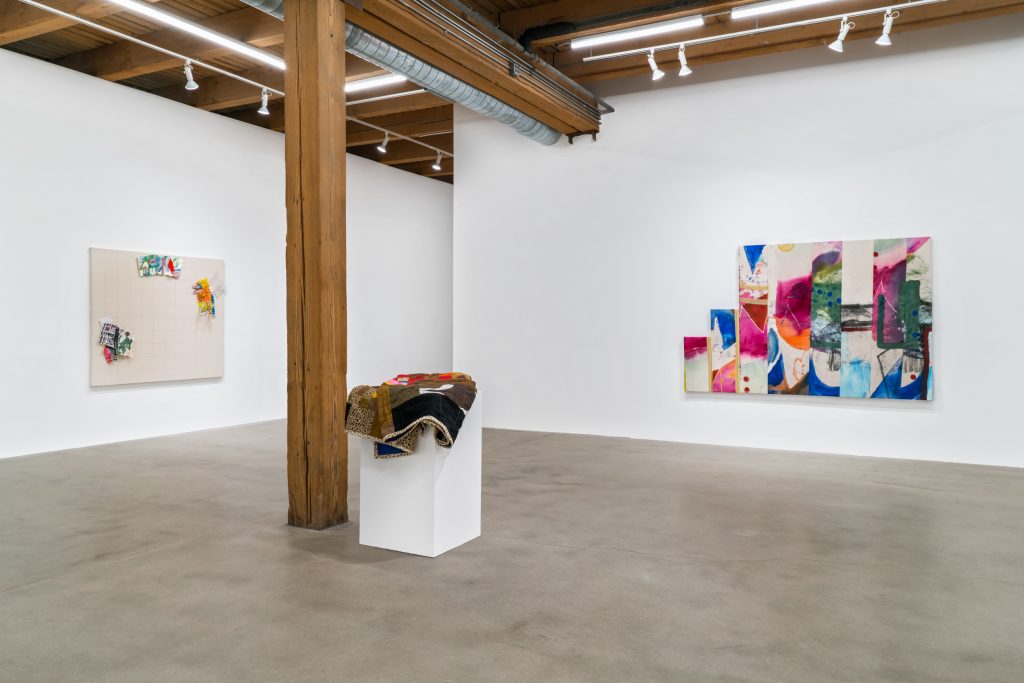 Simmering with accent and inflection, Molly Zuckerman-Hartung’s latest exhibition with Corbett vs. Dempsey, “Flim-Flam,” is all about finding the groove. The show is vivified by an emphatic take on repetition and invigorated by her idiosyncratic approach to improvisation. In contrast to past exhibitions, the eleven works on display feel focused and concise, adjectives that don’t usually apply to the artist’s technique.

The rhythms are still staccato, though, brimming with off-kilter adjacency. And disparate materials and colorful marks frequently collide. But there’s a superstructure at work keeping the players from veering too far off on their own. In “Color Steps,” “This Neck of the Woods” and “Darkness is to Space as Silence is to Sounds,” canvas is brushed, stained, splattered and slashed. The fragments are recomposed, quilt-like, into large-scale works that alternate with the progressive beat of repeated strips—sometimes vertical, sometimes horizontal.

The motif is recapitulated in a series of smaller paper-based works. “Get the Rhythm (for Alma Thomas)” and “Z+P = ENERGY = P+Z (Working together, working apart)” are sancochos (a kind of stew popular in South and Central America) of oil, enamel, watercolor and wool string. They pulse with the same crisp cadence as the paintings, but it’s the zig-zag accordion fold of the paper, rather than collage-like strips, that propel the lateral movement. The viewer is carried along with the jam: backing up, closing in, looking from the left then the right. Despite their size, these are bossy pieces. 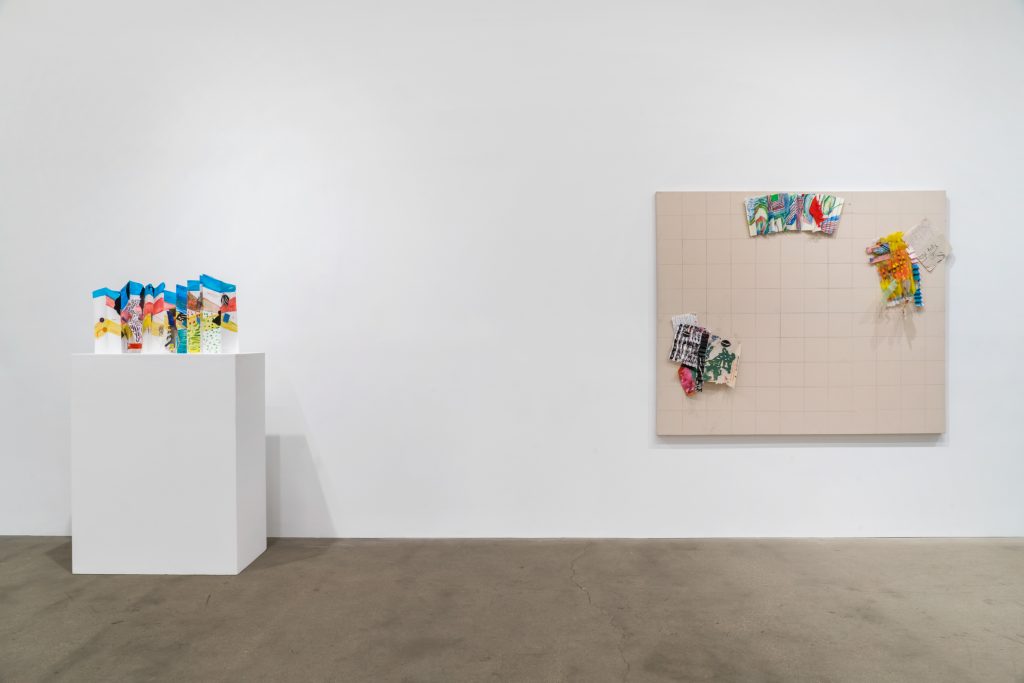 As in her previous show with Corbett vs. Dempsey, the works’ expressive statement is more formal than conceptual. “Flim-Flam” refers to a con. And while the show could be a very oblique reference to the culture of conspiracy that has exploded over the past year, it seems more likely to be an inessential bit of wordplay. Zuckerman-Hartung is usually associated with a generation of artists—mostly women, mainly painters—for whom the gestalt notions of “good design” have been under scrutiny for more than a decade. The works in “Flim-Flam” carry on that tradition but at a more succinct tempo. (Alan Pocaro)

“Flim-Flam” is on view through August 7 at Corbett vs. Dempsey, 2156 West Fulton.