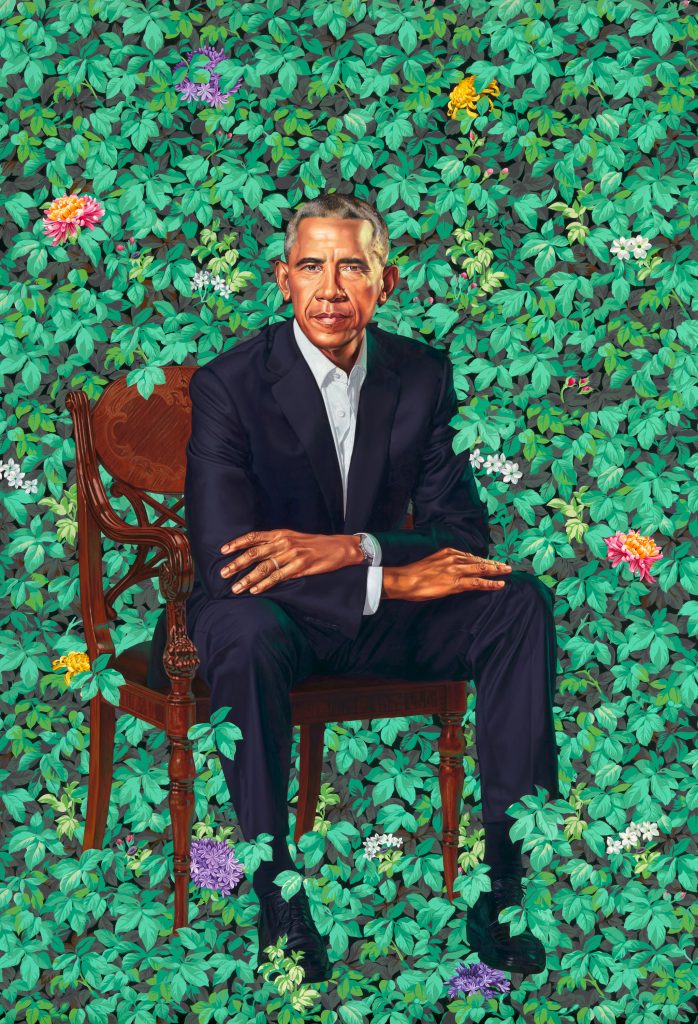 Portraiture is one of the oldest forms of art, dating back to ancient civilization. It predates photography as a way of depicting someone’s likeness. The art form has traditionally been used to display power, virtue and importance. The Obama Portraits, currently at the Art Institute of Chicago, is the first stop on a five-city route put forth by the National Portrait Gallery.

The legacy left by the Obamas exists outside of the Art Institute, but this exhibition cements the importance of not just portraiture but of Chicago-bred influencers. The coupling of the paintings next to each other echoes more than elegance but the history of their own relationship. The Art Institute is the site of one of their first dates, so as the viewer interacts with these portraits for the first time, they are taking part in the intimate recall of when Barack and Michelle were simply acquaintances.

Kehinde Wiley, known for placing African American people within traditional portrait painting, places Barack in a flurry of shrubs. The flowers range from African lilies to chrysanthemum to jasmine, representing an intimate aspect of Obama’s road to becoming the forty-fourth president of the United States. The African lily can be found in Kenya, where Obama’s paternal lineage began, while jasmine is native to Hawaii, his birthplace. The chrysanthemums, colorful in nature, have been recognized as the official flower of Chicago since 1966. Within the greenery are rosebuds’ new beginnings, similar to Obama’s mark as the first African American president. Parallel to the flowers, Barack appears to bloom from the wall of shrubs as a creation of all behind him. Wiley’s signature multitude of colors is evident, although understated, through the vibrant pigments used in the background (Obama himself is reserved, in a black suit). The flowers are not static, however: they seem to fight with Barack to see who will be at the forefront of the portrait, revealing a struggle of power, a metaphorical understanding of his influence.

The chair he is seated in is reminiscent of a Greek Klismos chair, recognized by the curvature in the legs and arm rests. The Klismos chair often appears on reliefs from the fifth century. The design has been seen as faulty due to the lack of support of the legs when pressure is placed, which echoes the backlash Barack received from citizens regarding his legitimacy as a candidate, and as a Black man in America. Yet the chairs also resemble the baroque chairs used by the Danish royal family. This creates a balance between tension and virtue.

While Barack is at the forefront of this portrait, Wiley highlights the emotional and intangible aspects of his life that aren’t always readily known. Wiley takes portraiture to a new realm by forcing the spectator to think deeply about placement and historical notions, ultimately calling social issues and identity into question. 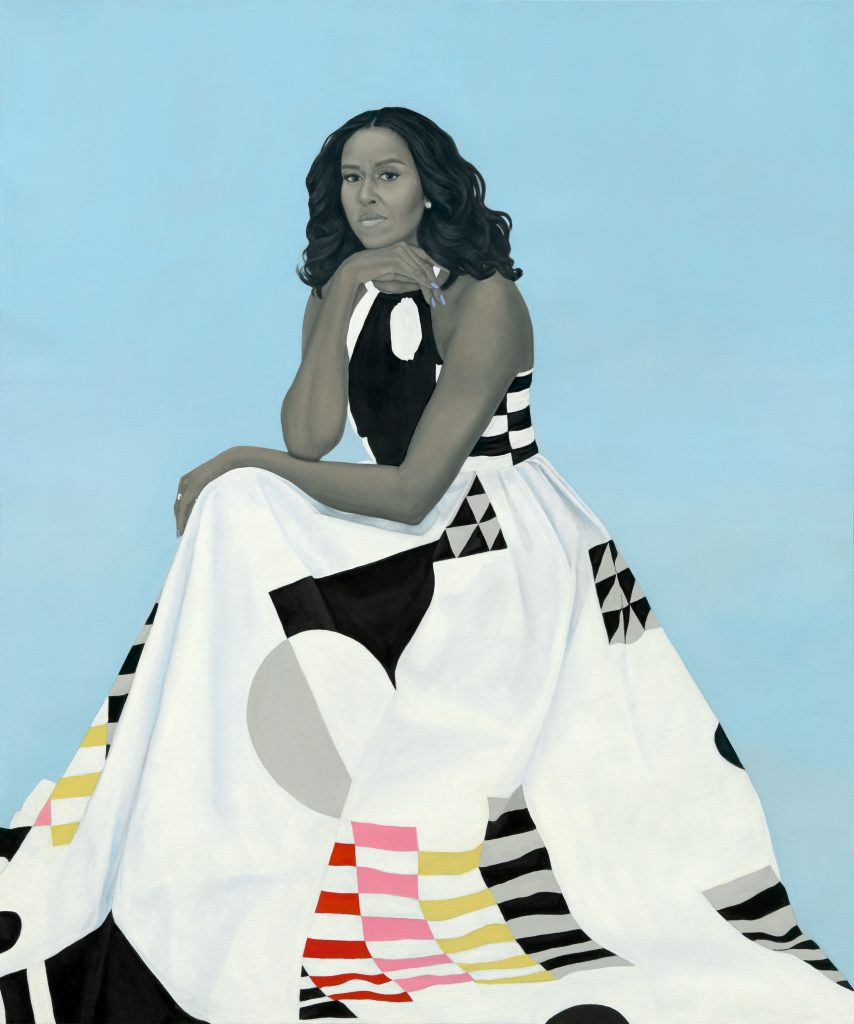 Nearby, the groundbreaking oil painting by Amy Sherald of Michelle is on linen, measuring six-by-five-feet. The life-size aspect allows the spectator to look into the eyes of the portrait. Sherald uses her signature greyscale to depict Michelle’s skin tone, taking the racial proclivity away from the spectator and forcing them to look deeper into the subject. The simple blue background contrasts with that of Barack’s portrait. The blue background recalls the American working class, from indigo-dyed quilts to the association of workman’s clothing. The blue speaks to Michelle’s work ethic and her own accomplishments outside of her role as the first African American First Lady. There is a vulnerability in Michelle’s posture that counteracts the stereotype of Black women being aggressive that makes the painting more personable and intimate.

The lack of brown skin and the dreamy gown takes Michelle out of the roles of First Lady, African American woman and mother—instead she is just Michelle. The faint emphasis on the facial features allows the viewer to question who the subject is. She is faint but potent, she is simply her raw self, a role that is often taken away from a woman in her position. (Caira Moreira-Brown)

The Obama Portraits are on view at the Art Institute of Chicago, 111 South Michigan, through August 15.