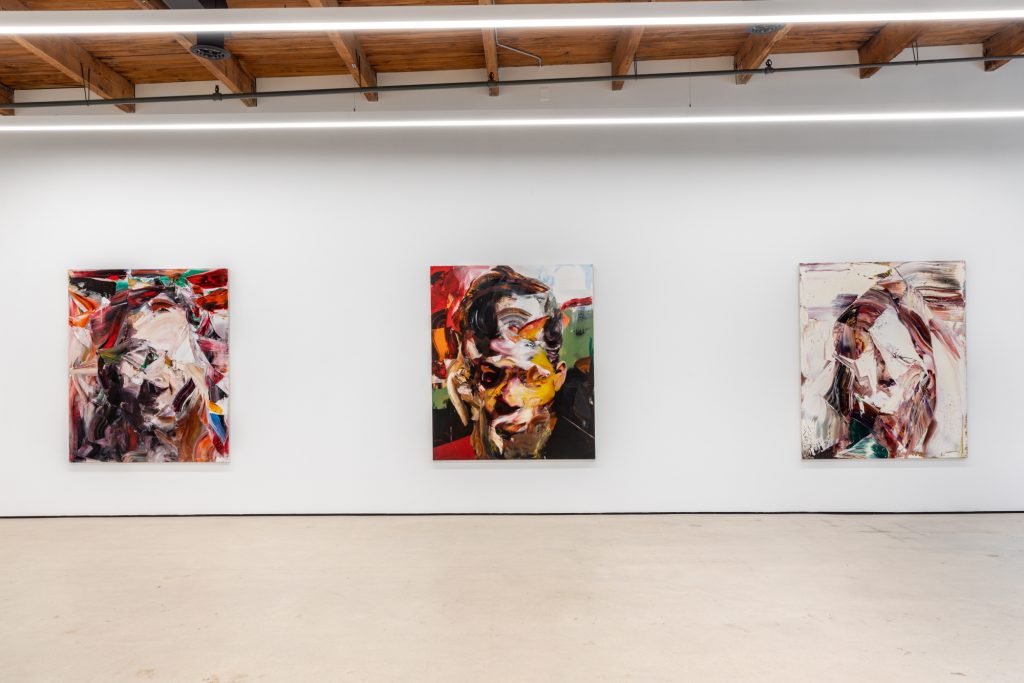 Yukimasa Ida delivers a wallop in “Here and Now”—but how much is below the surface?

The moment you enter the gallery you understand why this 2019 MFA graduate from Japan is already having a solo exhibition in America. His large, explosive abstract paintings dominate the room. Paint flies in every direction—forward, backward, left, right, up and down—all the while tethered to the center by something like a monumental human head. The dabs and swirls of paint have been as carefully arranged as objects in a still life.

They recall the blown-mind paintings of Chicago Abstract Expressionist Dimitri Pavlotsky. But these pieces feel more like a confrontation with the universe rather than with the psyche of the artist. They’re less personal, like early Japanese Abstract Expressionism when compared with the New York School. Energy is expanding outward rather than pulling inward, as if the mind being represented was being overwhelmed with experience rather than being hopelessly twisted and tied up in knots. 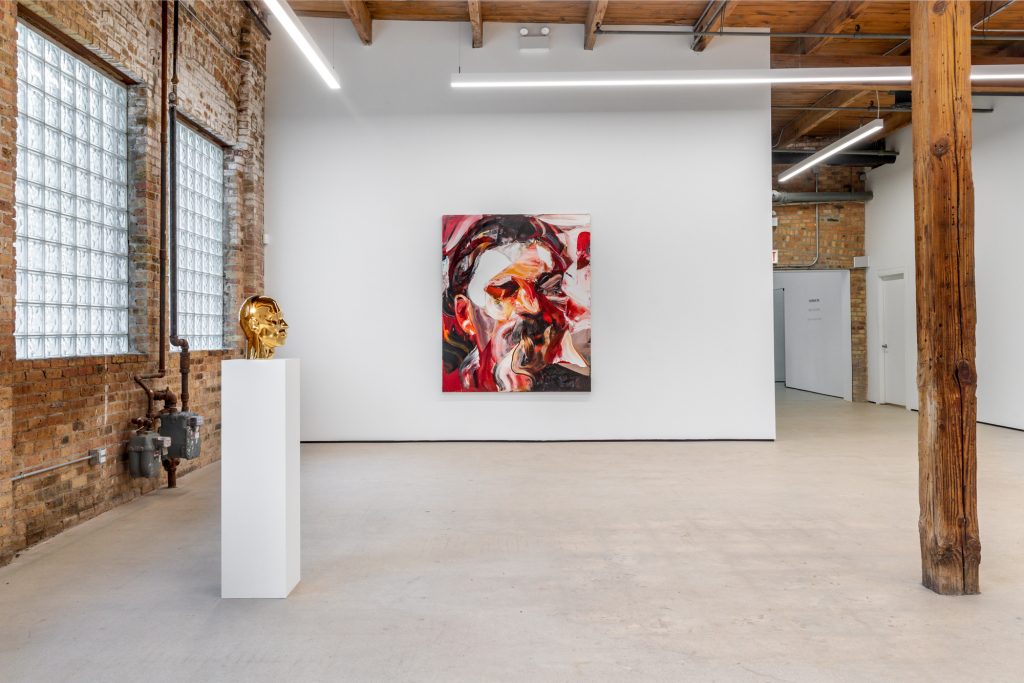 Half of the show is devoted to a series of small, “End of today” head studies. Even if they were begun earlier in the month, each of them is labeled with the date it was finished. It’s as if a stopwatch was running as the artist frantically brought each piece to completion before the sun set. The joy of wanton invention appears to be the primary theme.

A boyish goofiness runs throughout the show, especially in the two funny-face self portraits that present the artist as a wide-eyed, open-mouthed innocent. No moral or psychological condition is under serious investigation. The human heads serve only as an excuse for painterly expression. It’s the details that are most effective. The gymnastics of color, texture and brush stroke are almost too exhausting to follow.

There are also three life-size head sculptures on display. One resembles a clothing store mannequin, so simplified that its form disappears beneath the golden reflections of a highly polished surface. The other two are dark bronze. Without spotlights to highlight the forms, they appear only as black, ominous masses. Like early twentieth-century Japanese portrait sculpture, they owe much to the loose-but-careful Japanese tradition of wabi-sabi ceramics. The overall mass is never challenged by expressive facial details on the surface.

The exhibition is called “Here and Now”—and that’s how we want good art to feel, isn’t it?  We want to get grabbed right now, in the moment of looking—whether the pieces were made 3,000 years ago or last week. Yukimasa Ida’s work does that for me. It’s all thrilling. But I also want the presence of something that feels important to my life, to humanity, to the universe. And actually, I get more thrills from watching a fireworks display. (Chris Miller)

“Yukimasa Ida: Here and Now” is on view at Mariane Ibrahim, 437 North Paulina, through August 14.