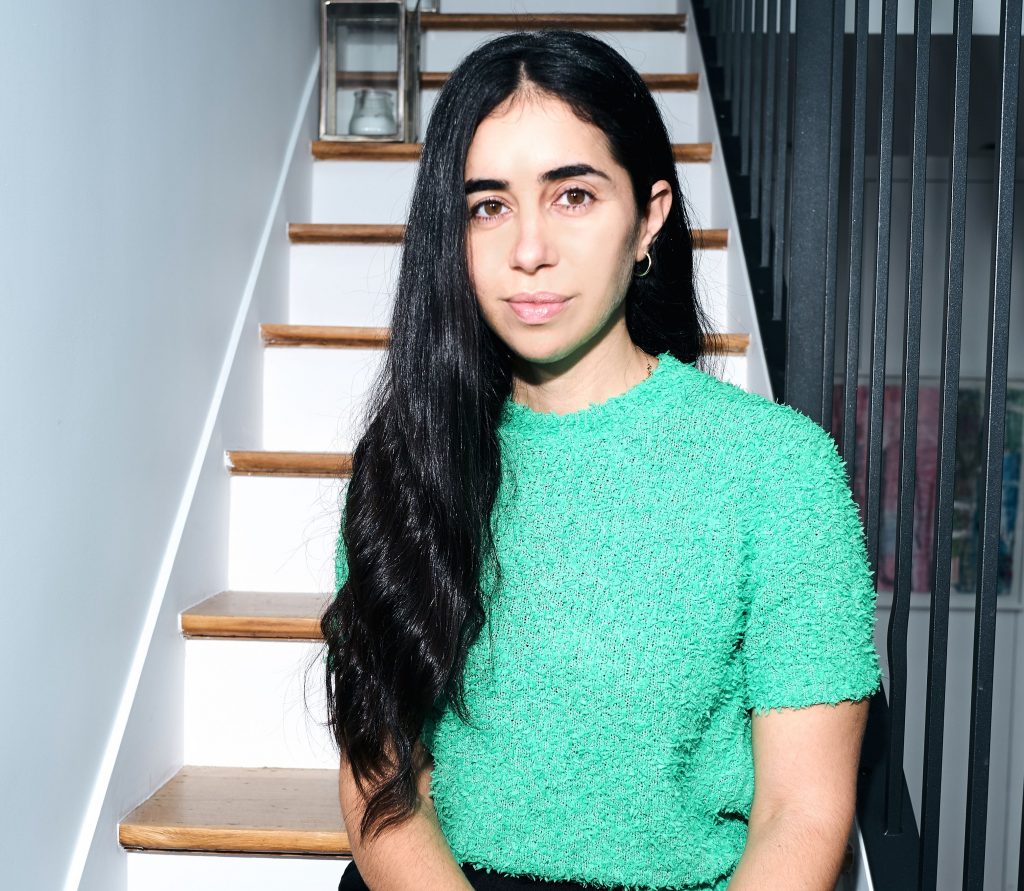 In April of 2020, the Renaissance Society, like other institutions around the city and beyond, announced it was moving its spring programming online. The uncertainty about the pandemic was not the only change afoot at the Hyde Park institution—a few months earlier, Solveig Øvstebø had announced her departure after serving as executive director and chief curator of the Ren for seven years. Later in April, her successor was introduced: Myriam Ben Salah, a curator, writer and cultural producer.

Her hiring signals a recommittal by the institution to remain at the forefront of international, cutting-edge contemporary art. Ben Salah began her career at the Palais de Tokyo in Paris, the largest contemporary art hub in Europe, which bills itself as an anti-institutional institution. Ben Salah began as an intern there while still at university and was eventually made curator of special projects and public programs. From 2016-2019, she also edited the Milan-based contemporary aesthetics magazine Kaleidoscope, which is global and wide-ranging in scope. Ben Salah, now thirty-six, managed all this while also curating shows independently, at institutions like the Beirut Art Center and Tunisia’s Lazaar Foundation.

Ben Salah officially took the reins in September of 2020, overseeing the gallery’s reopening for the fall art season, albeit with limited hours and capacity restrictions. By any account, it was a strange time to be stepping into the role; with EXPO cancelled and many institutions closed or having to reconfigure their programs, the art season was a diminished version of its usual self, not to mention that, locally, COVID cases were yet again on the rise. For Ben Salah, stepping into the new role was a whirlwind, as she was wrapping up the curation of Made in L.A. 2020, a Hammer Museum biennial featuring thirty L.A.-based artists, and was shuttling between that city and her longtime base in Paris. The timing and global context made Ben Salah take extra care with the transition.

“It makes it even more meaningful to take the lead of an institution,” she says. “Personally it really made me ask myself the question of what does it mean to start within this context and how can one start without doing business as usual.”

Also under consideration were the widespread demands for institutions to have greater transparency and equity, questions that Ben Salah has long been interested in. Born in Algeria and of Tunisian descent, Ben Salah’s curatorial work has often sought to challenge the narrowness in Western art regarding the Middle East, North Africa and South Asia regions, which frequently concern “serious” issues and narratives of struggle.

“Lately I feel like there was a focus on who to show inside a museum, which artist and which communities in particular to show inside a museum,” she says. “I feel like the question of the audience is very often left out. And to me it’s more interesting to be questioning who we are showing the art to rather than who we are showing within the exhibition space.”

The question of audience is an interesting one for the Ren, which is housed on the fourth floor of the University of Chicago’s Cobb Hall. Not only does the institution not have a street-level presence, but its location in Hyde Park can be a challenge to get to from other parts of the city.

“There are many concentric circles that we are serving and who are our immediate and direct audiences,” Ben Salah says. “I don’t think they are equally represented in art institutions in general, and these are things that we have been discussing with the team and we want to address this new year of programming.”

The institution recently hired a new communications specialist, who will make it a priority to better connect with Hyde Park and South Side residents. Ben Salah is also interested in pursuing partnerships with local organizations outside of visual art, such as the Poetry Foundation, in order to bolster the Renaissance Society’s position in the city. Well-known internationally, due in part to its longstanding commitment to highlight artists from around the globe, it remains a hidden gem in Chicago. While Ben Salah is still getting her bearings in the city, she says she wants to think more on where the Ren fits into the local art community. “I think it is crucial to be integrated within that,” she says. 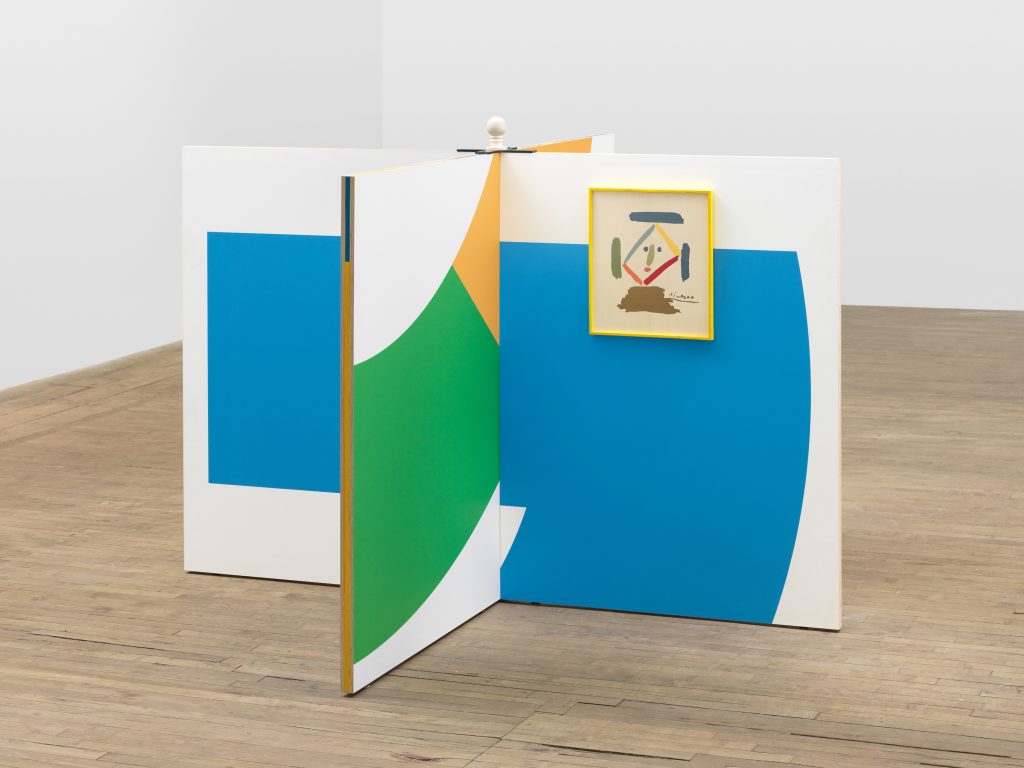 From “Smashing Into My Heart,” Camille Blatrix, “They play We play,” 2021. Courtesy of the artist and Andrew Kreps Gallery, New York.

The pandemic has also presented institutions with the opportunity to think more deeply about accessibility. Last year, the institution launched Renaissance TV, a nonstop virtual broadcast featuring newly produced pieces as well as older works from more than two dozen artists, including Kahlil Joseph, Mati Diop and A.L. Steiner. The platform was initially conceived as a replacement for the Ren’s annual gala, with the works running for a full twenty-four hours, but was also useful as a tool for artists to experiment with showing work online.

“That was truly wonderful,” Ben Salah says. “It allowed us to reach people in very different parts of the world, which made it different from our programming in the space. We definitely want to keep it. We’re trying to find funding for it because we want it to become a tool for us to produce moving image works—not only to be a broadcasting platform but also a production platform.”

Ben Salah is just the third leader of the Ren since 1973; before Øvstebø, Susanne Ghez was the museum’s executive director and chief curator from 1974 to 2013. Ghez was instrumental in securing the Ren’s reputation as an internationally recognized hub for ambitious, experimental work. Ghez also brought on board Hamza Walker, who introduced the Ren’s poster-essay takeaways, and who staged his own share of legendary shows, including 2008’s “Black Is, Black Ain’t” and 2013’s “Suicide Narcissus.” (Coincidentally, Walker decamped to L.A. in 2016, shortly after co-curating that year’s Made in L.A.) 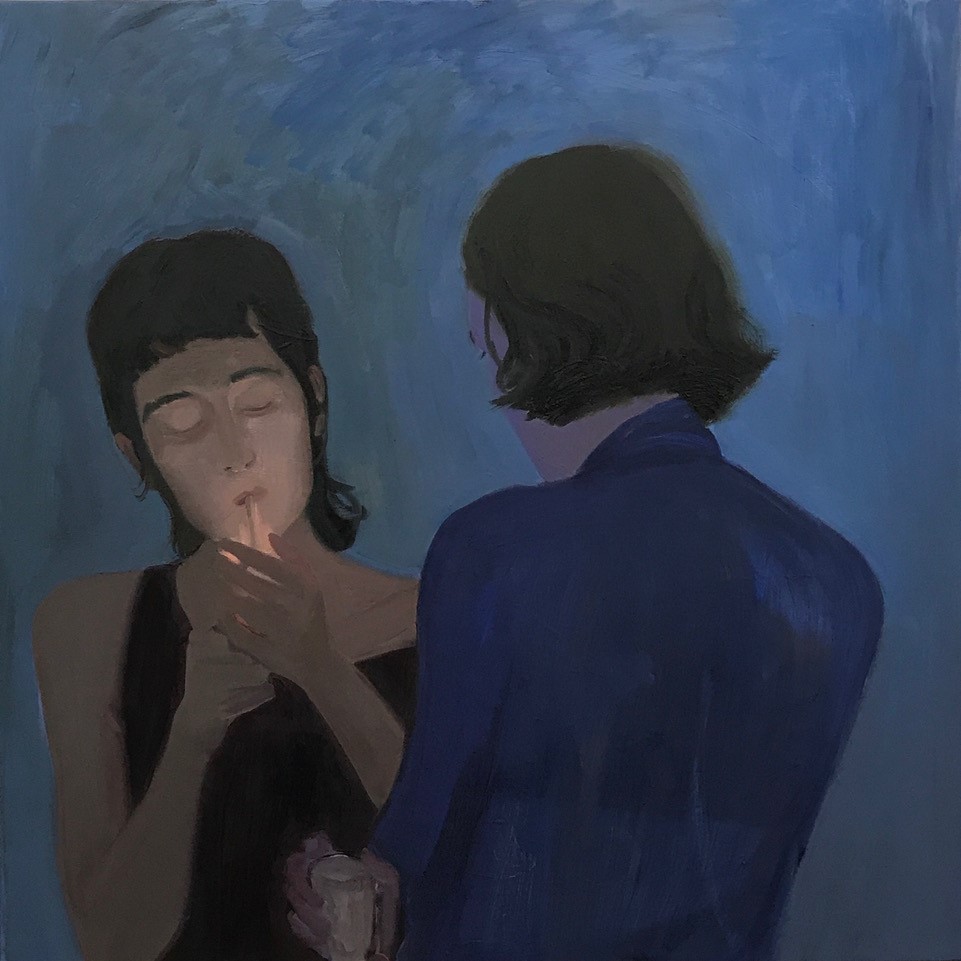 From “Smashing Into My Heart,” Xinyi Cheng, “Lighter,” 2019. Courtesy of the artist and Dacra, Miami.

The first exhibition she has brought together at the Ren, opening September 10, serves as an appropriate response to the isolation mandated by the pandemic: the focus is on friendship. Titled “Smashing Into My Heart,” the group exhibition takes its name from a sweeping poem by Danez Smith, “how many of us have them?,” an ode to the messy love of friendship. Ben Salah says that the exhibition “takes friendship as a preface to talk about art.”

“I was reading this interview conversation by Michel Foucault, called ‘Friendship as a Way of Life,’ where he defines friendship as this anti-institutional type of relationship because it escapes the politics of our relationships, be it professional or family-oriented,” Salah says. “It’s kind of a malleable, flexible affinity that doesn’t have any finality somehow, and that’s sort of unproductive by essence. So I was really interested in all these elements as both a condition but also a model or even a metaphor for art and how art functions as well. Many of the artworks have to do with structures of support and horizontal relationships but also longing and desire and affection and comfort. And I think after the year and a half that we just had, it was just a subject that I wanted to think about in relation to art: how we exist, how we can create a new poetics of the other that we haven’t been able to see for a while.”

The exhibition will include artists from around the world and in different stages of their career, from sculptor Julia Phillips, who works between Chicago and Berlin, to Bárbara Sánchez-Kane, a Mexico-based artist and fashion designer and the Iran-born artist Nairy Baghramian. Programming will be announced later this summer.

The rest of the year’s exhibition schedule is similarly ambitious, with a collaborative exhibition by Alex Ayed and Lydia Ourahmane planned for the fall and winter. The spring will bring a solo exhibition by Meriem Bennani, held in collaboration with Nottingham Contemporary, followed by a collaboration with SculptureCenter in New York of work by Diane Severin Nguyen. This exhibition won’t be a traditional touring show, but will instead act like two chapters, with different work on view in Chicago.

For all her breadth of experience and expertise, Ben Salah plans mostly to stay the course at the Renaissance Society. “In general the idea is to keep on the tradition of the Ren, which was to work with artists who are either at a crucial point in their career where the project that they would have at the Ren would make them go toward the next step somehow, or create a shift in their practice. Or [work with] artists who are already pretty established, but who want to experiment or take a specific risk using the Ren as a tool for playing and being a little bit more daring than they could be in other institutions,” she says. “It’s such an amazing tool for both curators and for artists.”

“Smashing Into My Heart” opens at the Renaissance Society, 5811 South Ellis, September 10.