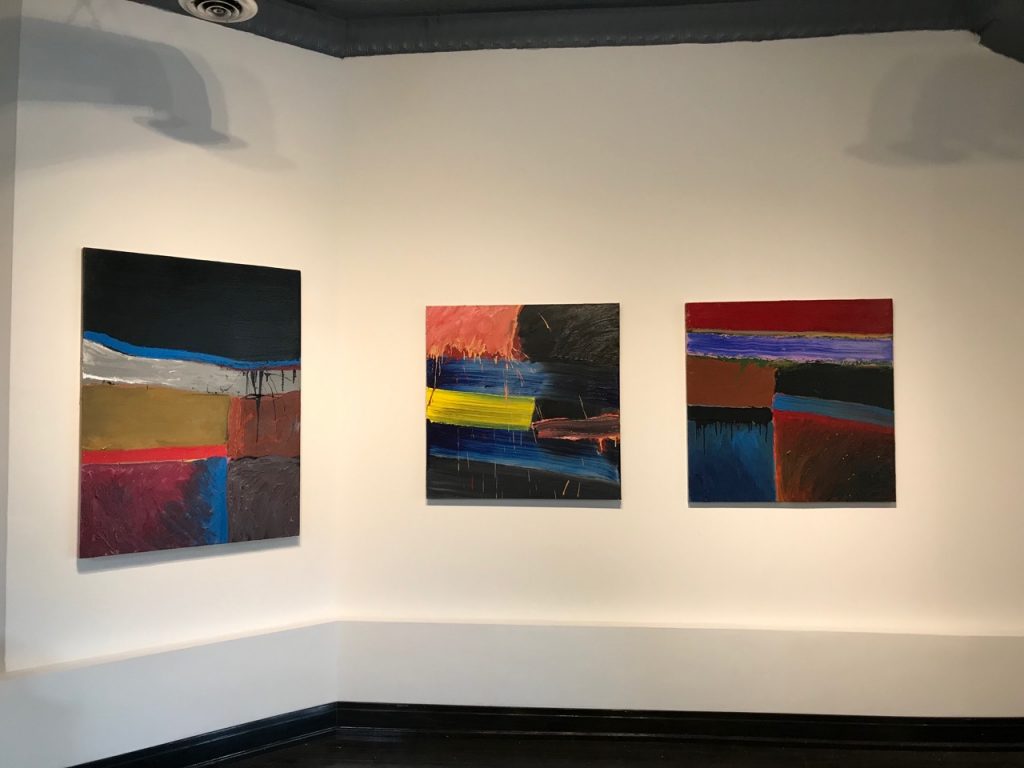 Maybe it’s only that with the changing season, I have football on my brain, but this show of eighteen abstract acrylic paintings sure feels like television on Sunday afternoon. On a surface as flat as a gridiron, hulking soft rectangles like linemen, smash into each other while a brilliant swath of red or streak of blue occasionally sails above the carnage like a downfield pass. It’s controlled violence, where every canvas, like every play from scrimmage, exhibits extraordinary athleticism and improvisation.

It’s also all too apparent that a set of rules and boundaries has been established and scrupulously followed. That’s the difference between Stanley Dean Edwards (b. 1941) and some of the pioneers of Abstract Expression on view at the Art Institute of Chicago. No orthogonal panel could contain the energy of Ed Clark (1926-2019), so he broke through the frame to release it. And rather than expressing himself with a limited set of shapes and ways to fill them, Willem de Kooning (1904 -1997) expanded his visual vocabulary with every brushstroke. Stanley Edwards is different. His goal is not heroic self-expression, but rather a catalog of “the Yin and Yang of the human psyche,” as might also be found in the I Ching. There’s even some resemblance between the stacks of rectangles in his paintings and the stacks of horizontal lines in I Ching hexagrams. 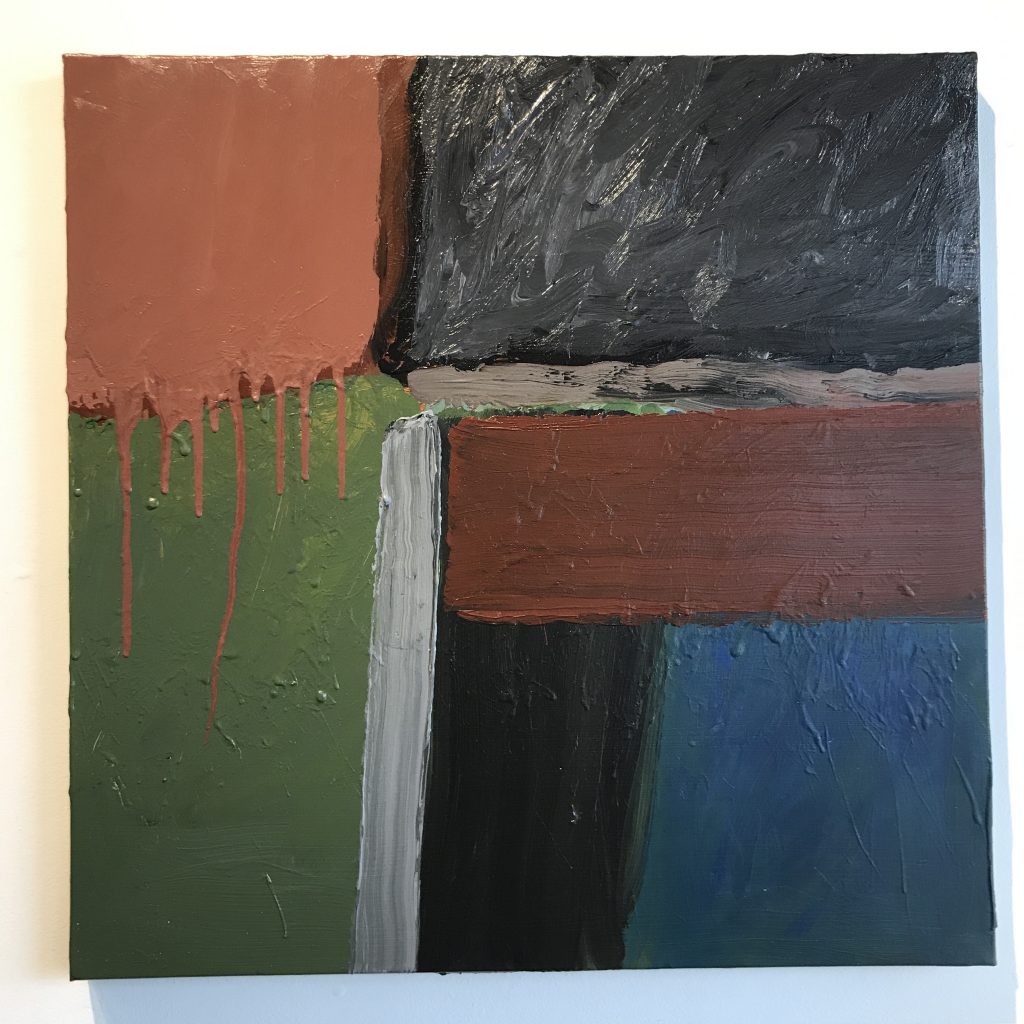 There’s a lot of spirit in this work, but it could hardly be called spiritual. It embodies daily conflicts, it does not transcend them. The scale of the paintings neither overwhelms the viewer nor invites her into a miniature world of enchantment. There is a matter-of-fact quality about them all. Some areas are bright and delicious, while others are ominous and depressing. There is surprising beauty and there is brutal ugliness. There is no anger, there is no love—nothing personal, yet nothing ever boring. When things come together, they do so in conflict, yet still continue to pull toward the center, because they just can’t help it.

The Hairy Who? were six of Edwards’ classmates at the School of the Art Institute of Chicago, and his work from the mid-sixties is in the collection of both the Smithsonian and the Art Institute of Chicago. It’s not far removed from the theatrical, absurdist surrealism of Art Green. As it turned out, Chicago collectors are thrilled by prankish adolescent alienation, and the mainstream of Chicago art has continued down that path. Edwards went in a very different direction, which might explain why his work is less well-known, although it’s just as well made and especially luminous. His attitude is more of awe than humor, and his subject is the universe, not himself. Still the direct, earthbound and forceful qualities of his work feels so very regional. Bear Down Chicago Bears! (Chris Miller)