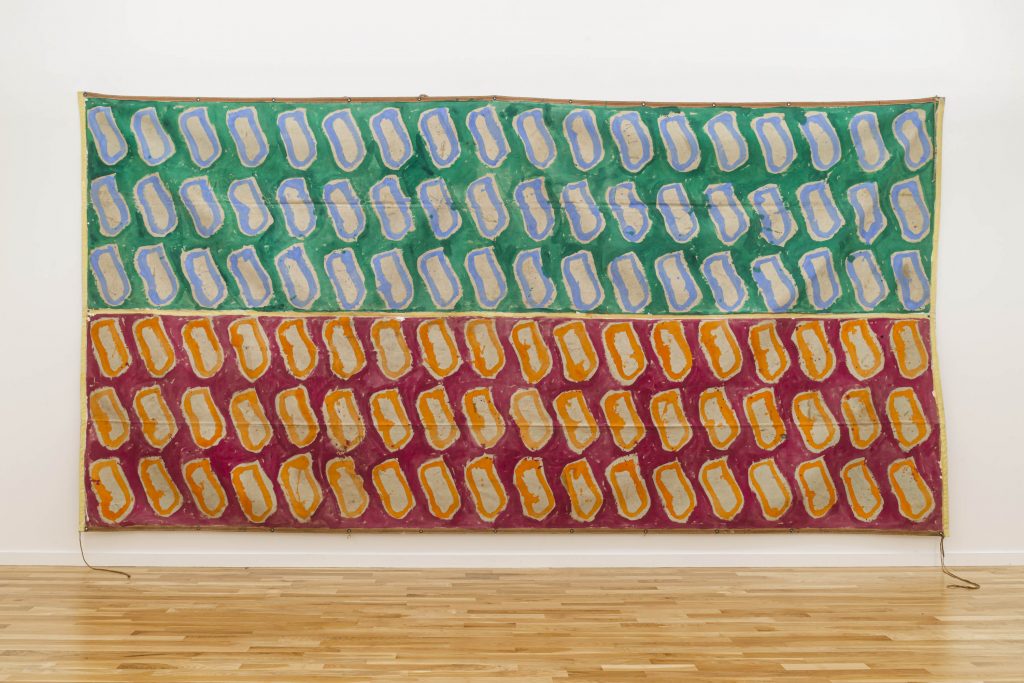 Now in his eighty-fifth year, painter Claude Viallat is the grand old man of an aesthetic genre that emerged in the wake of modernism’s denouement. Called the “Supports/Surfaces” movement, it was a relatively short-lived but ultimately highly influential program of theoretical and material critique, animated by the leftist radicalism in late-1960s France. The artists associated with this group took on painting as an object, a site of knowledge and a process of deconstruction.

Though the works they produced eschewed the standard conventions of painting as an orderly assembly of pigmented canvas pulled taut over wooden stretchers (and the bourgeois ideological conditions that it represented), they weren’t aesthetic requiems for the “death of painting” either. Instead, these artists proposed reimagined configurations of the same materials just as one might reimagine society itself. Not always handsome, but not without their charms.

A lot has changed in the past forty-five years.

Viallat and the movement he helped found has, like the revolutionary 1960s itself, been coded, categorized and fully absorbed into the socio-economic corpus it was initially set in opposition to. For decades, Viallat has embraced a serial approach to decorating his multifarious surfaces with a cell-shaped autographic stroke. Looking like a solitary slice of Wonder Bread, it’s the visual equivalent of a rancher’s brand and is unselfconsciously referred to in this show at Document as his “trademark.” That characterization should leave a bad taste in the viewer’s mouth. But if a corporation can trademark an entire genetic sequence, I guess an artist ought to have his line…. 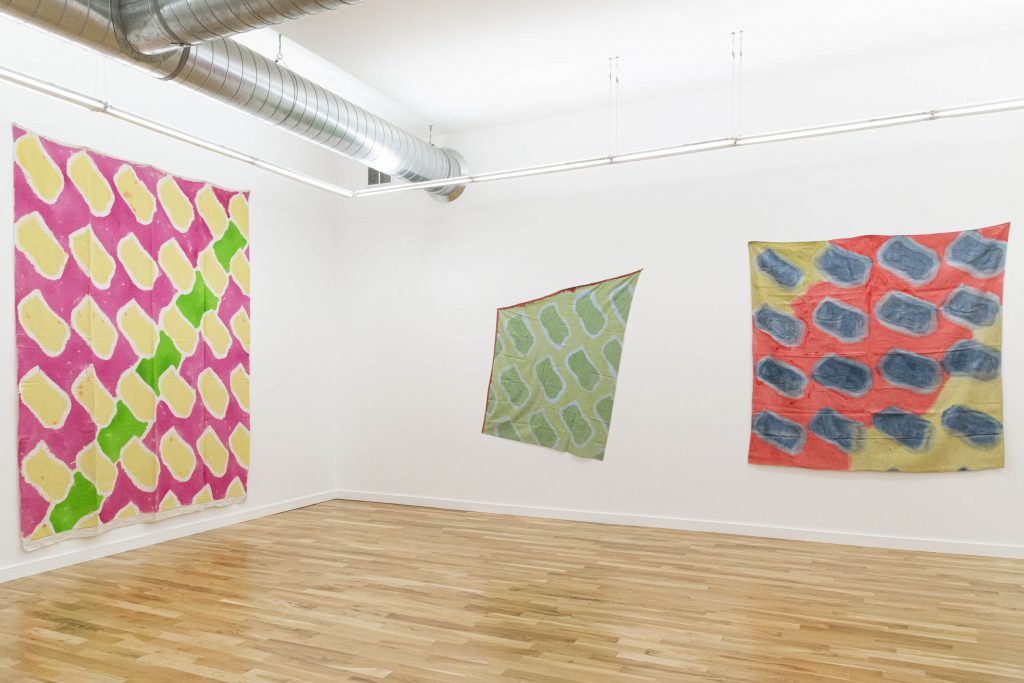 Still, the seven works on display are pleasant, filled with clear, vibrating pinks and greens that occasionally veer into the Matisse-like. What’s most compelling about the totality of the exhibition may be the way in which denying the traditional material structure of painting simply reinforces its essence. A reductive, historical materialist might argue that “flatness” is the ineluctable quality of painting, I’d suggest it’s illusion. And in spite of the billowing bedsheets and grimy tarpaulins’ insistence on their own substance, the stamp of Viallat’s touch creates tension and therefore depth. His “trademarks” always float just below and sometimes just above the surface. Where we all seem to be at any given moment. (Alan Pocaro)

Claude Viallat is on view through October 30 at DOCUMENT, 1709 West Chicago.