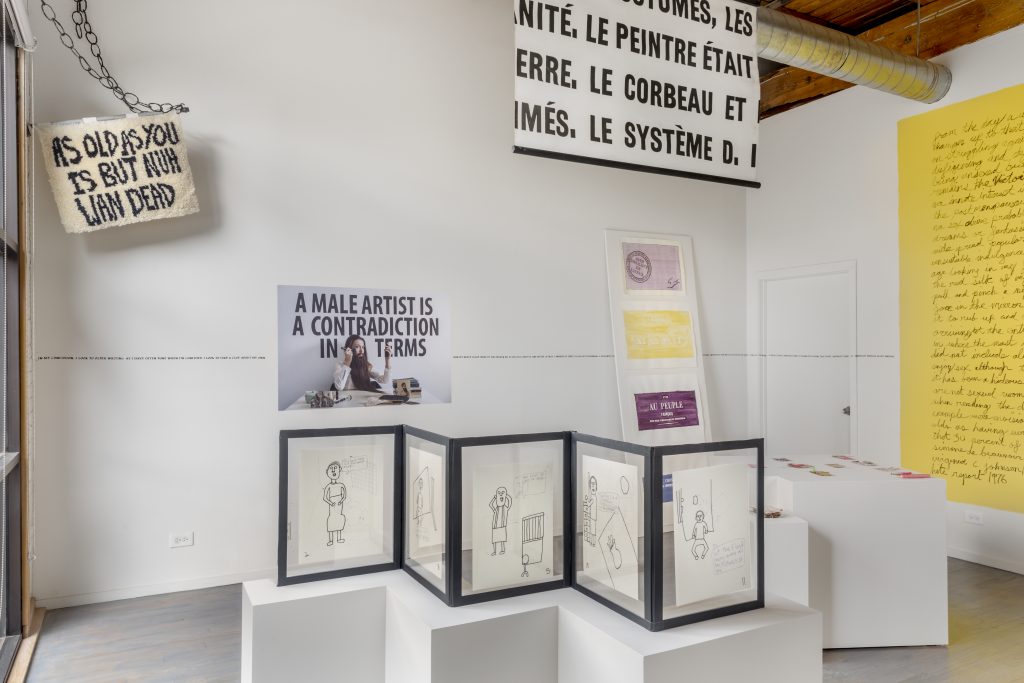 To understand Ruschwoman’s inaugural exhibition, “Speculative Magenta Hauntology,” let us first consider how an art viewer’s engagement, their modes and methods of artistic consumption, the avenues of their appreciation, their desires, are molded through and by the strictures of the capitalist market. The art that commonly enters the public sphere of the gallery system is shaped and changed by its exhibition space, curatorial context and the violent power structures those factors unavoidably reflect and contain. These are the elements that define and solidify discourse, make language manifest. Think of the birth of the “outsider artist,” forever confined within Henry Darger’s bedroom walls. “Speculative Magenta Hauntology” poses the possibility of slips, cracks and breaks within these dominant and harmful narratives. The exhibition asks if collaborative inquiry, curatorial care and an equitable, just approach to space, time and community, can challenge what one knows, what one can ever know, about the artist and their art. What new forms of knowledge and identity emerge?

Ruschwoman was created by Matt Morris and Eric Ruschman amid the pandemic and functions as satellite, kin and dissenting comrade to Ruschman’s other gallery projects. Morris and Ruschman firmly situate Ruschwoman within the realm of the feminine: the space was blessed by witches who invoked the names of multiple goddesses and is routinely referred to by Morris and Ruschman with she/her pronouns. Gender here is at once playful and performed with the utmost purpose. Ruschwoman’s own feminine alignment speaks to the exhibition’s intervention within patriarchal discourse. It is an invitation to viewers to ask who they are, who they can be, when they continuously disrupt, subvert and complicate the tales told by those in power. 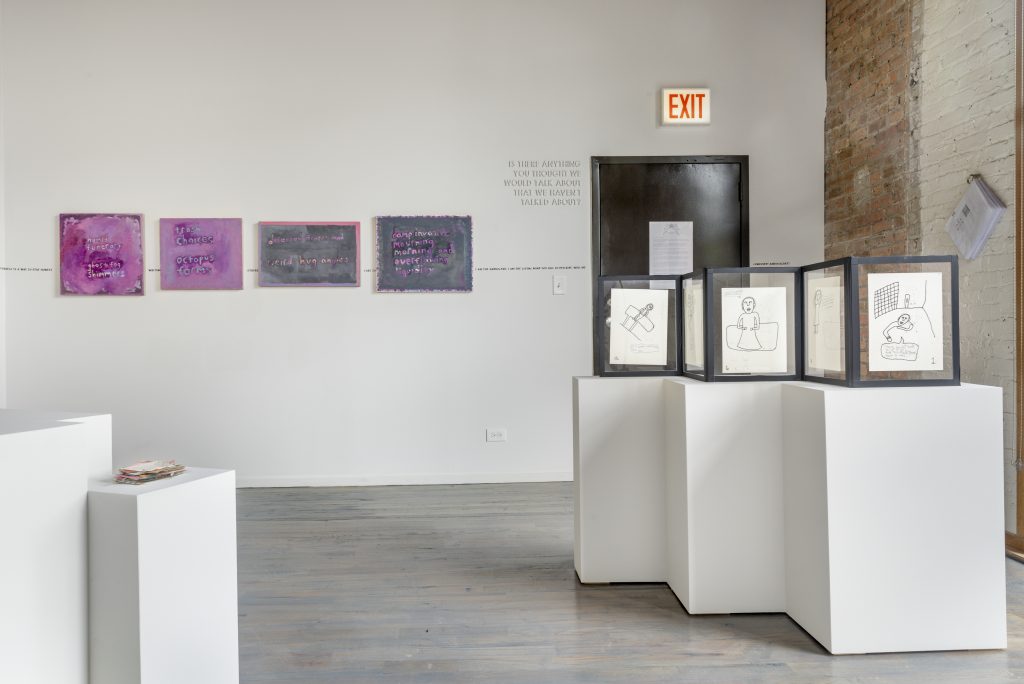 Featuring work by artists Marcel Broodthaers, Judith Brotman, Chiara Fumai, Marcia Hafif, Mark Harris, Kelly Lloyd, André Marin, Eliza Myrie, Nat Pyper, Zachary Rawe and Christina Zion, “Speculative Magenta Hauntology” engages feminist theorist and physicist Karen Barad’s theory of agential realism to generate breaks and frictions between each artist’s work; an experiment undertaken to cultivate the emergence of new ideas, connections and dialogues. In conversation with philosopher Jacques Derrida’s conception of “hauntology” in his 1993 “Specters of Marx”–alongside Nicholas Abraham and Maria Torok’s psychoanalytic work on generational ideas of inheritance and legacy in their 1994 “The Shell and the Kernel”–the exhibition presents a much-needed vision of interrelation, interwoven temporalities, kinship and exchange. Through a psychoanalytic perspective, “Speculative Magenta Hauntology” is birth made anew. Think of theorist and analyst Bracha L. Ettinger’s matrixial given breath, a mode of being where there is no phallic center, no absent referent, but rather an unbroken you and I, the everything and nothing of the womb as metaphor and function. It is a divine feminine, life and death hand-in-hand, where an artist’s work can be held in a state of flux in the conditions of possibility.

“Speculative Magenta Hauntology” is on view at Ruschwoman, 2100 South Marshall, through November 28; by appointment only.