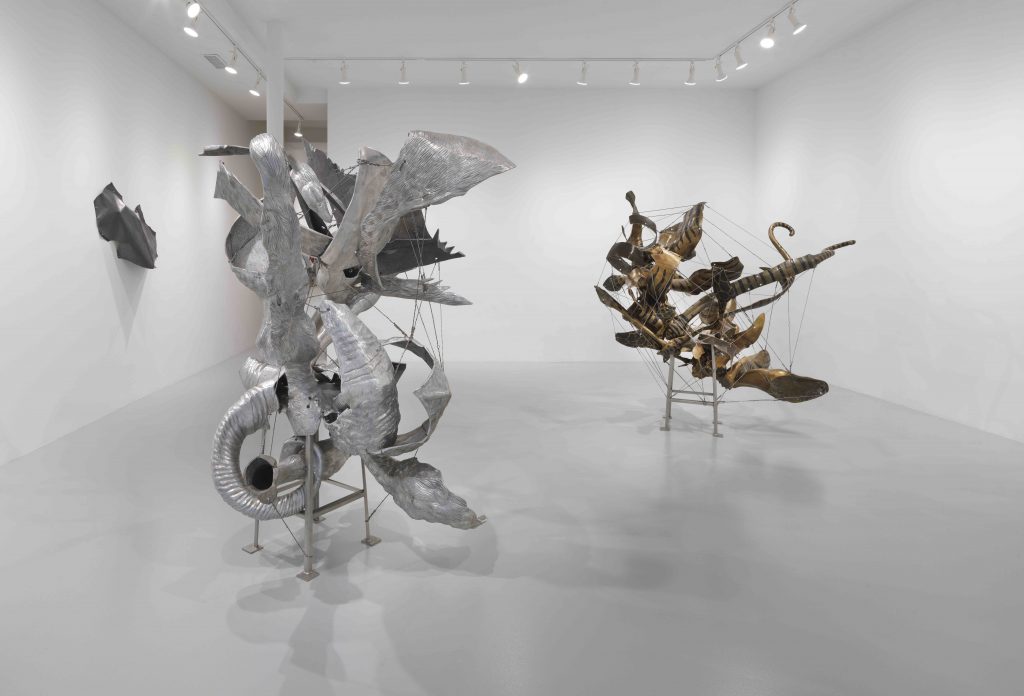 Like many who live in the vicinity of Harlem and Cermak, my introduction to the art of Nancy Rubins was not a happy one. “Big Bil-Bored” (1980), her vertical conglomeration of small kitchen appliances stirred sufficient controversy to lead to its demolition in 1993. I hated it. Rising from the vast emptiness of a shopping-plaza parking lot, similar in size and shape to commercial signage, it demanded attention and then punished the eyes with a sagging slab of rusting, festering  junk. As a cautionary slap in the face of the conventional American consumer (presumably female)—OK, it may have been a good joke. But as a permanent feature of our landscape, whew, it was ugly!

So I was expecting Rubins to present more confrontational eyesores in her shows running concurrently on the Bluhm Terrace at the Art Institute of Chicago and at Rhona Hoffman Gallery. But apparently she has mellowed over the past forty years. Her materials are still sourced from junkyards, but now they resemble floral arrangements—and good ones at that. They are balanced (or dramatically unbalanced) and twist upwards with inner life, just like a flowering plant. And rather than the toasters and egg-beaters of “Big Bil-Bored,” all four of her new conglomerations have assembled the aluminum body parts of animal sculptures made for amusement parks. With a few museum-quality exceptions, the creatures in carnival merry-go-rounds feel small, stiff and awkward. But their hollow components often have strong curves and volumes, while surfaces show the wonderful patina of age. Throw in a heavy coiled steel spring or two from beneath the seats, and you’ve got a visual vocabulary that can make for large, joyful, vibrant sculpture. 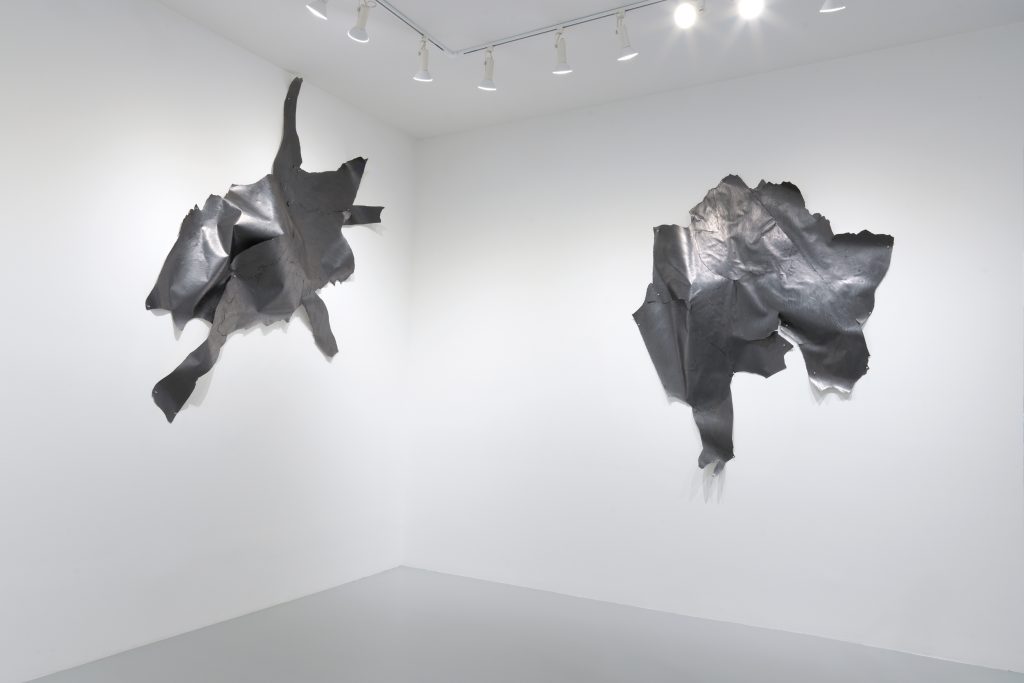 What happened to the confrontational social critique of our crass, patriarchal, consumerist society? With a little imagination, you can still sense it. What kind of attitude to biodiversity do the mangled bodies of toy animals represent? As we deconstruct a children’s playground, aren’t we also addressing the traditional feminine role of childcare? Isn’t recycling old materials environmentally sensitive? And doesn’t the net of black wires that holds all the pieces together suggest the web of a spider, an archetype of femininity that is somewhat threatening?  Or, if you prefer, these toy animals may just evoke nostalgia for childhood lost, still bound together in memory’s neural net. That’s what’s good about attractive art that is not overtly political. It loosens the mind rather than tensions it.

As a bonus, the Rhona Hoffman Gallery also includes five “drawings,” with the scare quotes preparing you for graphite-on-paper works like no other. The pieces look like sheets of black metal that have been bent and cut into interesting shapes. They recall the “Chicago Panels” by Ellsworth Kelly at the Art Institute, but they’re so much more interesting. They appear to be searching for references rather than trying to avoid them.

Nancy Rubins began her career as a ceramicist, and has returned to some of the traditional values of that medium. As she models the form in her drawings, she uses the simplest of colors and materials to suggest the most complex of feelings. When she composes shapes in her sculptures, she seeks out a dynamic of inner life. She’s come a long way from “Big Bil-Bored.” (Chris Miller)