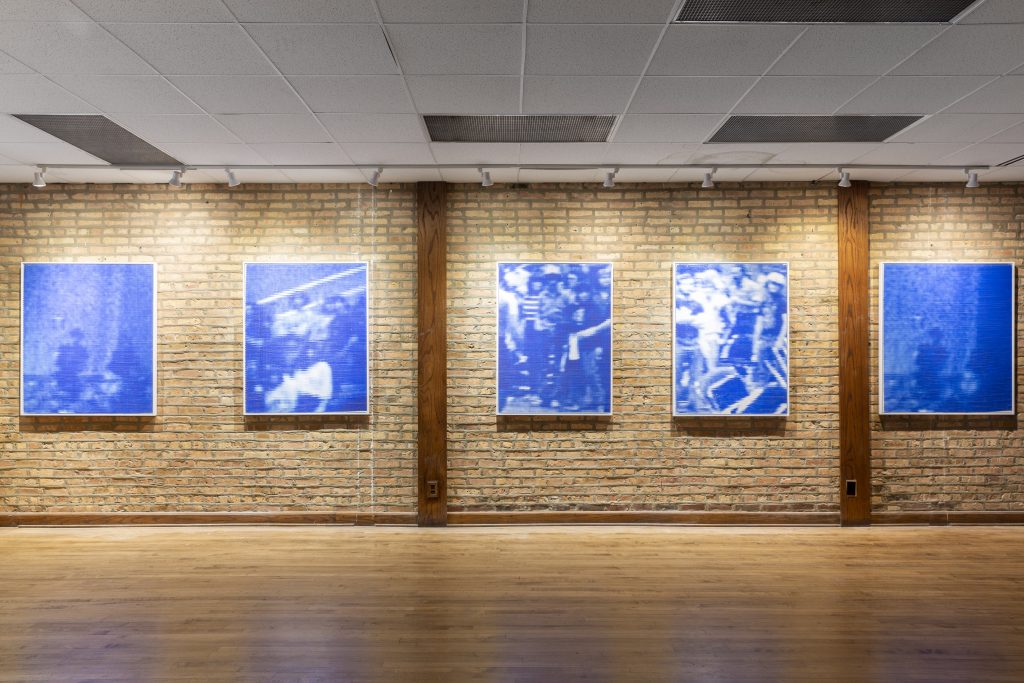 A work of short fiction by David Grubbs begins with an image of a line stretched around a building. Concertgoers tightly wrapped around city blocks gain entry to an arena. Figures disperse into rows and clumps and crowds. In snippets and seconds, Grubbs’ narrative describes the scenes that materialize over the course of an evening with an unnamed performer hosting a rock concert in the early eighties. An unforeseen cancelled second set precipitates violence: riotous spectators begin to fling chairs. The story concludes with the snap of a camera capturing one of these projectiles mid-flight.

This splintered account appears in the new book “Projectile,” which illustrates and expands upon artist John Sparagana’s ongoing body of work by the same name. The book launch coincides with an exhibition at Soccer Club Club in which the impression of a crowd on the verge of protest emerges in twenty-one collages from 2017. Based on a news photograph of a concert riot, the artworks depict spectators in the absence of a performer. Insisting that the show must go on, the crowd performs—the hurl of a chair across the arena marks the shift from audience to actor. Composed from cut-up and spliced image reproductions printed in ambient monochrome hues, Sparagana’s mediation of this moment captures the crowd as a site of dissent, where anticipation breeds revolt.

Like past bodies of work, Sparagana’s “Projectile” series is born out of scrupulously sequenced reproductions of a single image source. Processing, distorting and stretching his subjects, Sparagana’s visuals borrow from the language of Cubism, in which a discrete subject undergoes distortion to generate the sensation of viewing multiple perspectives at once. But Sparagana’s static montages are secondary to his process, which has parallels with the conceptual rigor and experimentation of artists working under the auspices of indeterminate post-war avant-gardes such as John Cage, George Brecht and La Monte Young. Following a set of self-imposed rules, Sparagana’s compositions derive their frenzy, friction and fickleness from a seemingly orderly and easy-to-follow system. This iterative process, in which the same image yields disparate results, mimics the unavoidable inconsistencies of performance. No matter the specificity detailed in a score or the preciseness of a performer, the same thing performed by the same person will never be quite the same. 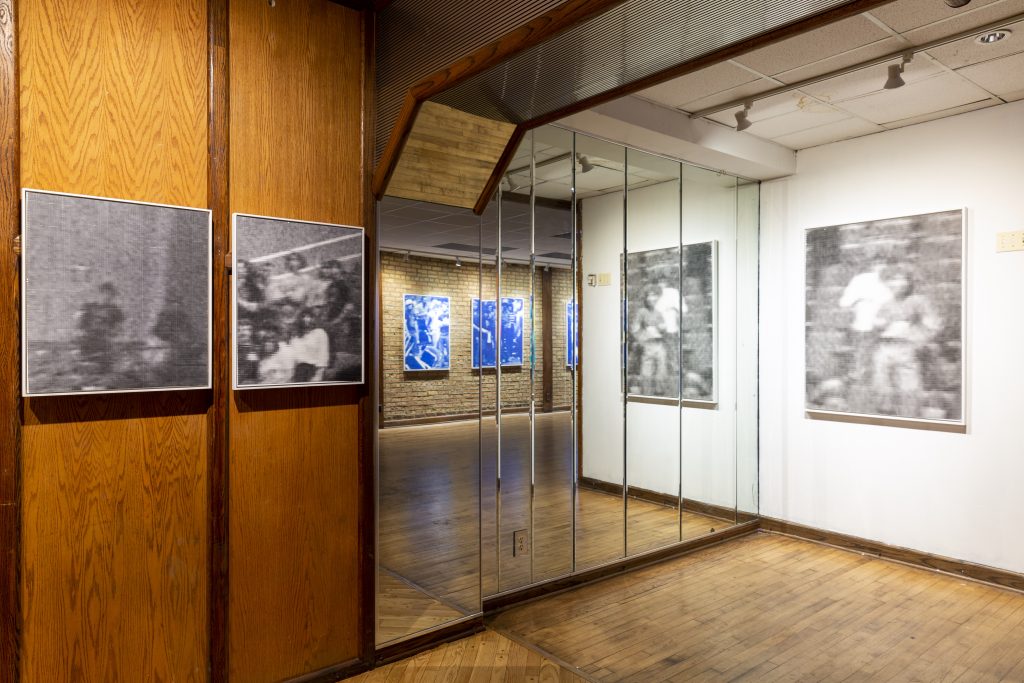 Performance documentation—promising to be a record or artifact of events that transpire—fails to enact the unpredictability embodied at a live event, in which everything is subject to change. Sparagana subverts the static documentation of a time-based medium by imbuing the image with an infinite set of potentialities—his blurred images shimmer like specters of time and space ready to unfold. The flurry of these sequenced grids, marked by spliced intervals of paper meeting paper and punctuated by losses, buckles and warps, accentuates the indeterminacies of the initial situation. A fulfillment of the never-rescheduled cancelled second set, Sparagana reproduces the sensation of a split-second and extends this moment a second life. Once more, up in the air, a line continues to stretch. (Alexandra Drexelius)