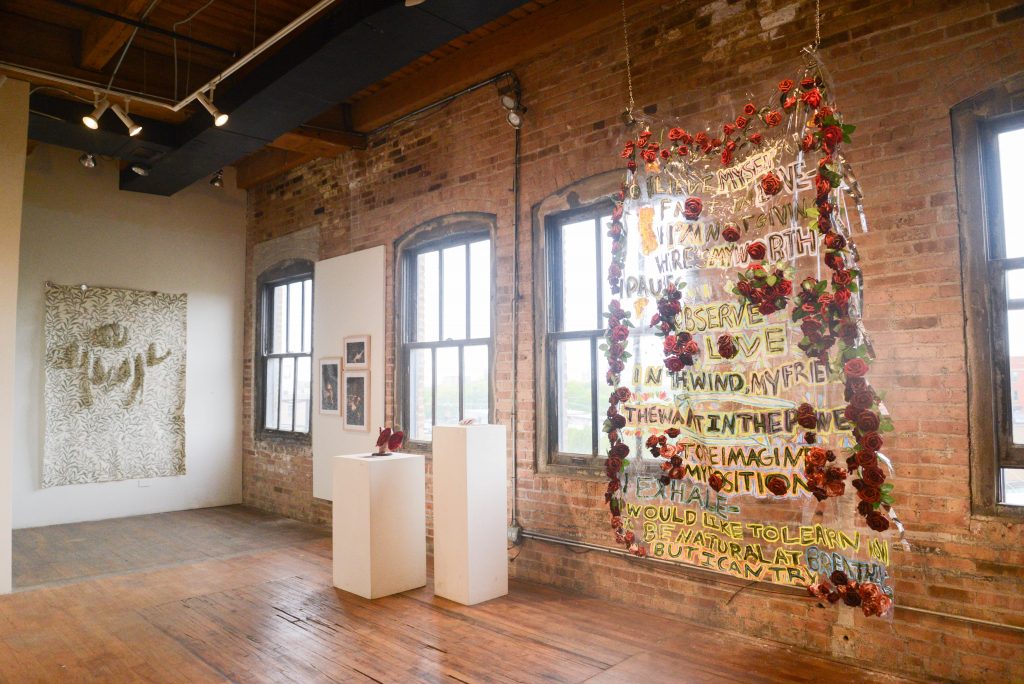 It’s been over a year since the nation’s art institutions released their promises, statements and commitments, in various verbiages, to “do better” with racial justice. Some have stayed the course, others veered back to business as usual. Most are somewhere in the middle and have spent the past year-and-a-half adjusting to a new standard of equity and inclusion.

Woman Made Gallery is a nonprofit exhibition space that focuses on women and non-binary artists. In June of 2020, Woman Made Gallery’s newly appointed director left, citing “racism in the organization and microaggressions in the workplace,” according to a statement from the gallery. Then a staff member quit, for similar reasons. Then a board member left. Ultimately the gallery ended the summer with full staff turnover and a much-reduced board. 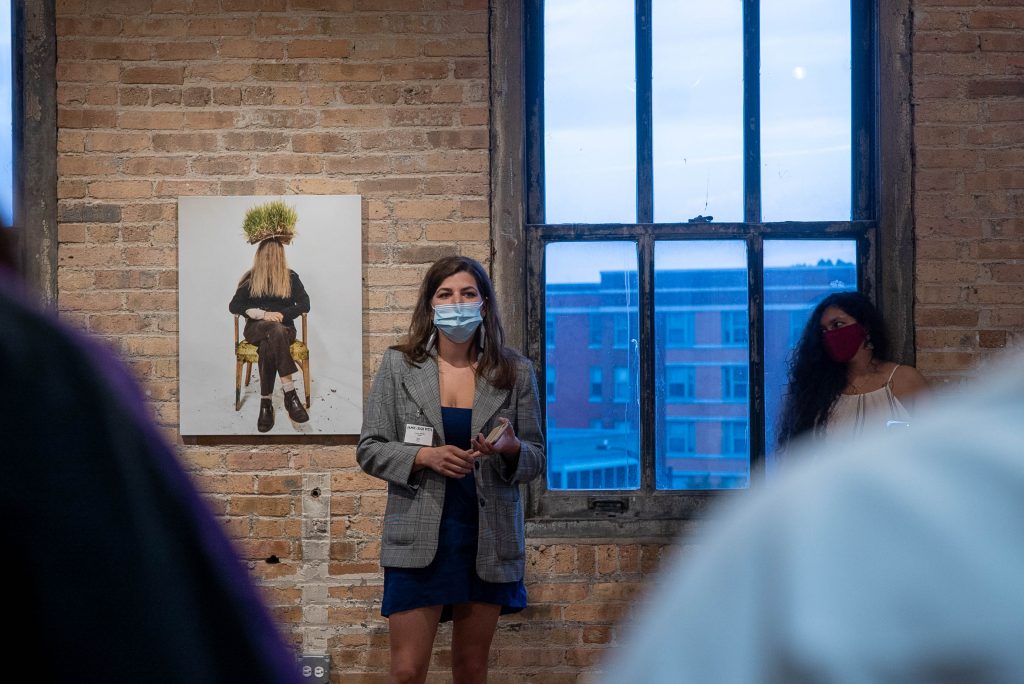 At the time of its racially charged unravelling, Woman Made was also operating under pandemic conditions as well as dealing with its own brand of founder’s syndrome. “That’s the environment I was hired into,” says Jamie Pitts, the gallery’s current managing director.

When we spoke in mid-November of 2021, Pitts wanted to be honest: She’s tired. “Exhausted” is the word she uses, and the word that she will continue to use throughout our conversation. “The model of a scrappy, artist-run space was exhausted,” Pitts says, about Woman Made at the time she was hired. “It was no longer possible for [it] to keep operating in the way that it was.”

Pitts did her graduate studies in visual culture and woman, gender and sexuality studies. “Basically, feminist art,” she says. She arrived at Woman Made with big ideas about its staff model and approach to equity. She wanted to see radical change in the direction of intersectional feminism and to readjust the gallery’s employment structure into a less hierarchical model. But first, she had to listen. 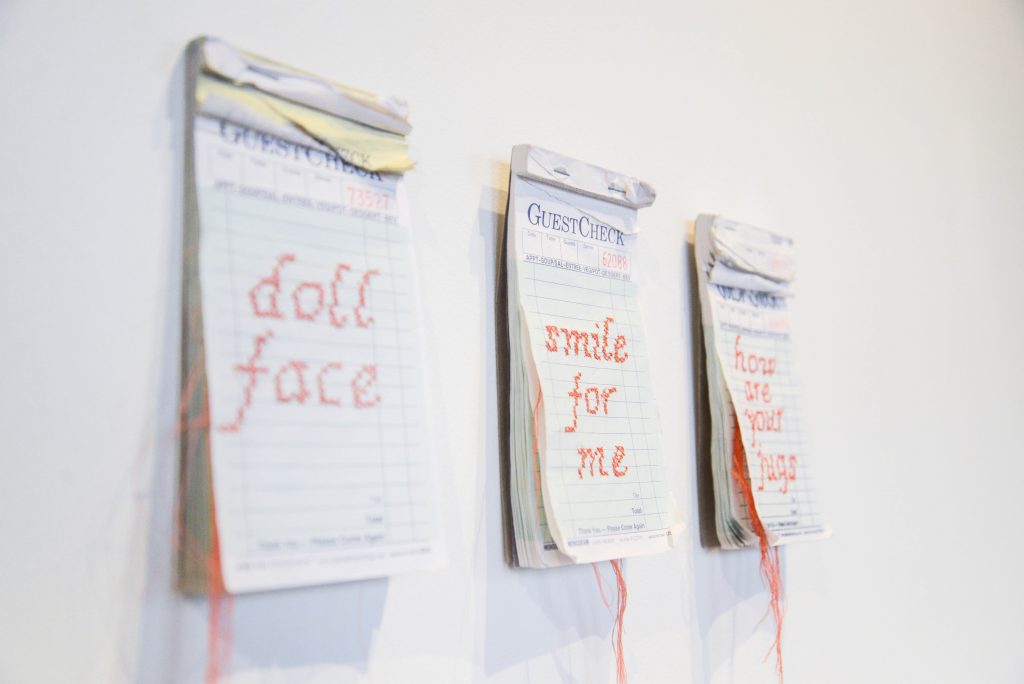 “For me, as a new leader of an organization I needed… to find the truths,” Pitts says, “to hear everyone’s position, to figure out what we needed to stabilize after such a rupture where the full staff left for various reasons. And I knew that the board was exhausted.”

From previous experience, Pitts also knew the pitfalls of trying to steer an organization into a place of inclusion without support from the top level. After getting to know the board, she again made her commitment to intersectional feminism clear. To Pitts, this meant “asking questions about how work gets done, and who gets to hold power in decision making.” Some members left. “They were exhausted, they had been through a very traumatic experience,” Pitts says. “They left because they couldn’t see themselves growing with me and the new vision of the organization.” 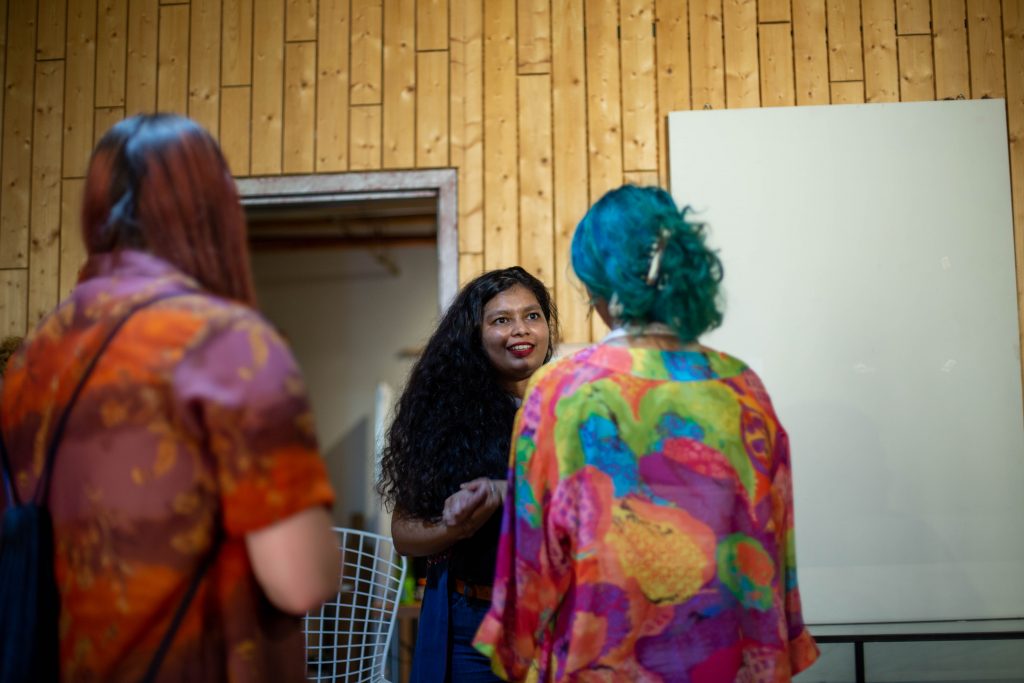 With a slimmed-down but willing board, Pitts identified a four-month racial justice training course for everyone to go through. “It was the first time the organization invested financially into racial justice learnings,” Pitts says. She also made her first and only hire: Darshita Jain, as the gallery’s programming lead.

Throughout the interview process, Pitts was decidedly transparent about the environment. In the final hiring interview, Pitts asked Jain: “As a woman of color, would you be okay working in these conditions?” Jain was not just okay with it, she was excited for it. “[The gallery] needed to start working on antiracism and start working towards decolonization, and I signed up to be that person,” Jain says. “That’s the kind of person I am.”

When Woman Made Gallery was founded in 1992 by Beate Minkovski and Kelly Hensen, it was founded out of a lack. Minkovski and Hensen were graduating art students at Northeastern Illinois University, and were frustrated by the lack of spaces to show their work. They rented a space in Ravenswood Manor, on Chicago’s North Side, and set up their own shop. They opened the gallery with a show called “Man-Made Woman.” Their second, a group show, was called “Women Do Women.”

“It was born out of second-wave feminism. That was very much the aesthetic in the first ten years of the gallery,” Jain says. “Very Judy Chicago. We still have a Judy Chicago painting in the gallery somewhere. It was very old school, very ‘rage against the men.’” Intersectionality, as a social framework, had only been introduced a few years prior and had not made it into the mainstream lexicon yet.

Exhibitions at Woman Made Gallery are typically group shows, where participating artists are picked by a juror. One of the first things Jain did as program lead was develop a juror matrix. The matrix has eight columns: career position, medium, identity, geography, alignment of concerns, relationship to the gallery, role in the art world and scope of influence.

“When you’re doing the work of anti-racism and decolonization you’re constantly having to check your own biases,” Jain explains, “so that’s how we check ourselves.” The matrix helps the gallery recognize its own patterns, and break its own cycles. 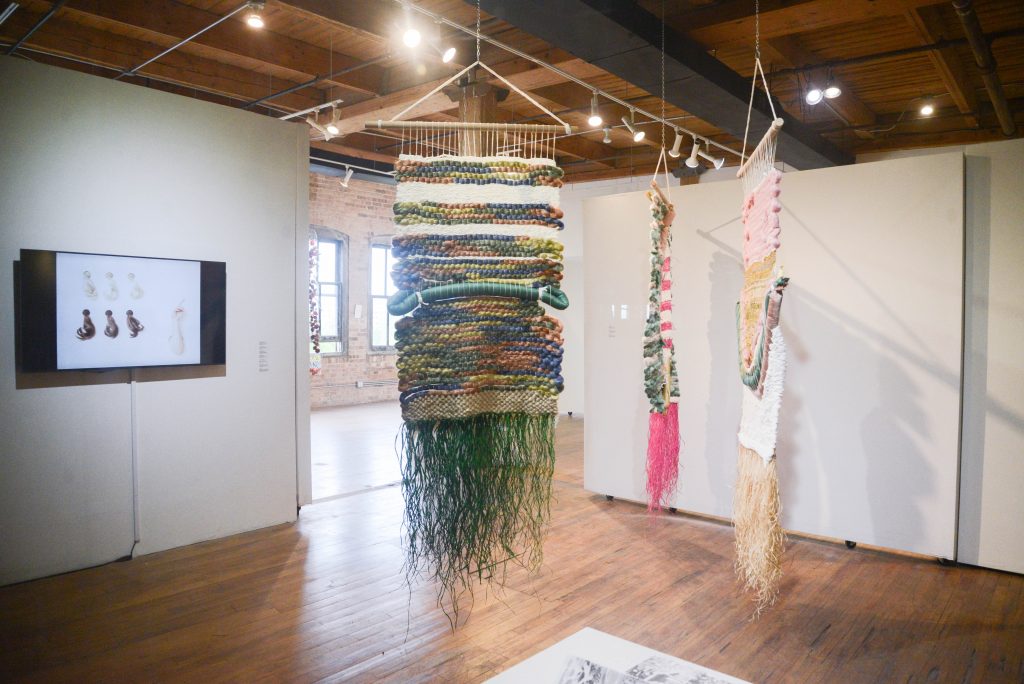 If Jain looks at the document and sees that the previous juror was a mid-career artist, she will look for someone either very new or very experienced. If the gallery has hosted a couple of new media artists in a row, then they’ll try and “cater to the old-school crowd,” by putting a more painterly show on. And she’s always on the lookout for the realization: “Hey, we’ve had too many white women lately,” Jain says.

The current gallery board is more than fifty percent women of color, the most diverse it’s ever been. They have formed committees within the board to create a more focused environment, and to honor board members’ different strengths and experiences.

The gallery’s programming is also shifting its focus. “What are the intersectional feminist topics that are relevant to our artists?” Pitts asks. “Moments Like This,” a recent exhibition juried by Jessica Bingham, focused on slow living. It was about “resisting the need to overproduce in a capitalistic society,” Pitts says. “It was also feeling our way through being anti-capitalist, too.” 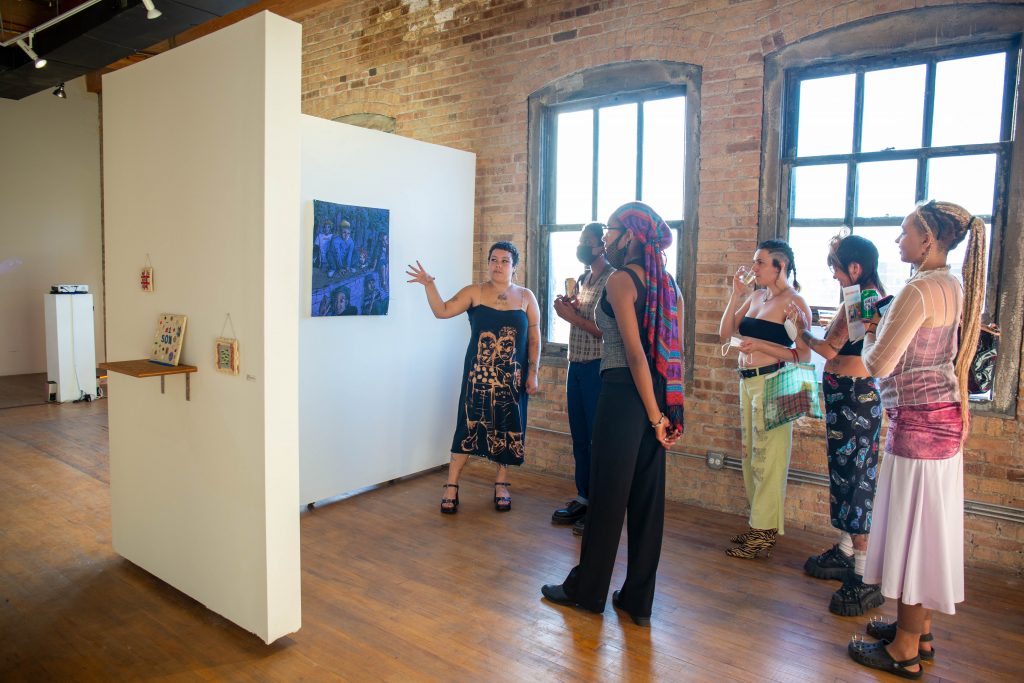 The word “abundance” shows up in conversation with Pitts almost as frequently as “exhaustion.” “Abundant creative community,” she says repeatedly, “it’s one of my values. We do have limited resources, and only one gallery space, but how do we get past scarcity and become abundantly minded?”

The nonprofit world is often viewed as congruous with world-changers, noble vision-boarders who want to put some good into the world. Less often is there the chance to view the nonprofit as a site of change itself. And while it’s important for us to point at the gains, and lack thereof, relative to the anti-racism statements of summer 2020, it’s also important to acknowledge that being a work in progress takes a lot of work.

The internal shift required Pitts and the team to come to terms with the fact that their work is nonlinear. “We are chipping away at conditions rather than arriving at a set, preconceived outcome,” Pitts says. And while she is hesitant to make any “big announcements,” admitting that Woman Made is still incubating its reshaped values and commitments, she is confident that the structures and the team they’ve built over the past year will sustainably support Woman Made’s new direction.

“I like to look at this moment as being given the opportunity to reimagine an organization,” Pitts says. An organization “that was cherished by a large number of artists, that had a history of inclusive programs to expand upon, and that had a solid supporter base eager to see WMG transform in the bright, intersectional, feminist future that Darshita and I, with the board, are now planning for.” (Parker Yamasaki)