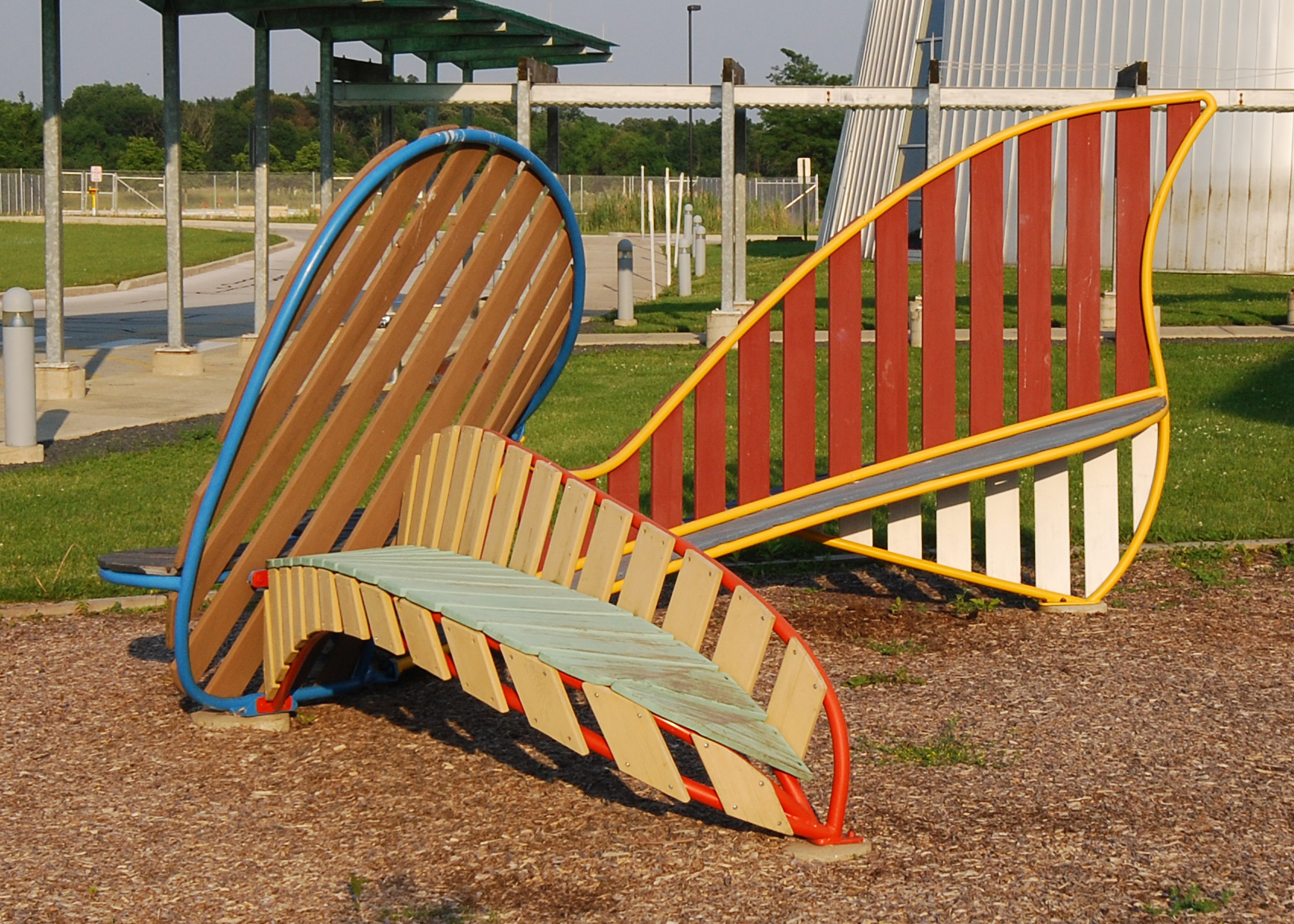 If you squint hard enough at photographs of the Columbus statue in Grant Park, wrapped and ready for removal in July 2020, you can just make out writing on the band of tape that snakes around the pedestal’s vegetal register. “REMOVED BY MEMBER STANDING ROCK SIOUX TRIBE” it reads, followed by a Lakota language inscription and punctuated by a peace sign. Written by Ted Sitting Crow Garner (Standing Rock Sioux), a Chicago-based sculptor charged with helping to take down Carlo Brioschi’s colonial bronze kitsch, it explicitly connects the struggle over statues to protests against pipelines. Columbus, Chicago’s “bronze saint,” was thus carefully disposed of by a Native artist. The care is ironic; at the time, Garner recalled the less-principled destruction of his own work by the nearby Field Museum. 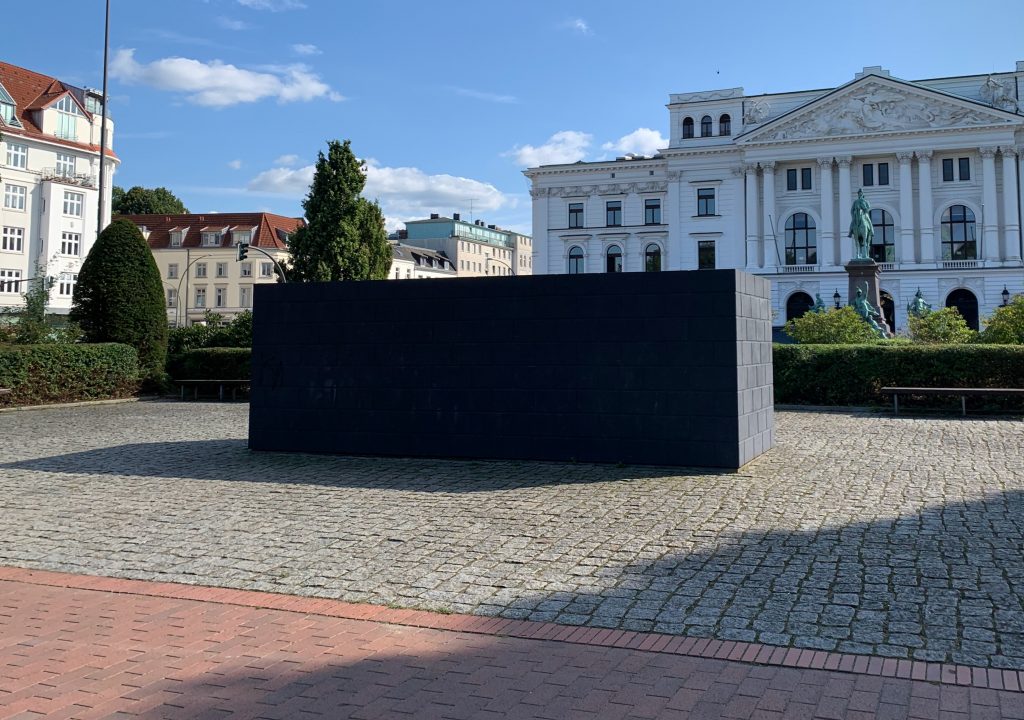 Andrea Carlson (Grand Portage Ojibwe) and Rozalinda Borcil call Garner’s action a counter-memorial. I like their repurposing of the term, which was developed to describe attempts to rethink the function of monuments in post-war Germany where projects like Sol Lewitt’s famous “Black Form (Dedicated to the Missing Jews)” and Horst Hoheisel’s sunken fountain in Kassel polemically did away with the traditional statue form. The very nature of big figural sculpture has come to seem suspect, especially when it’s asked to embody qualities of identity, community, memory, or even worse, patriotism. (Of course, artists like Kehinde Wiley have thrown down the gauntlet to grumpy critics of monumental figuration, hoping to invert the terms of Confederate monuments and compensate for a glaring lack of public statues devoted to historical figures of color.) 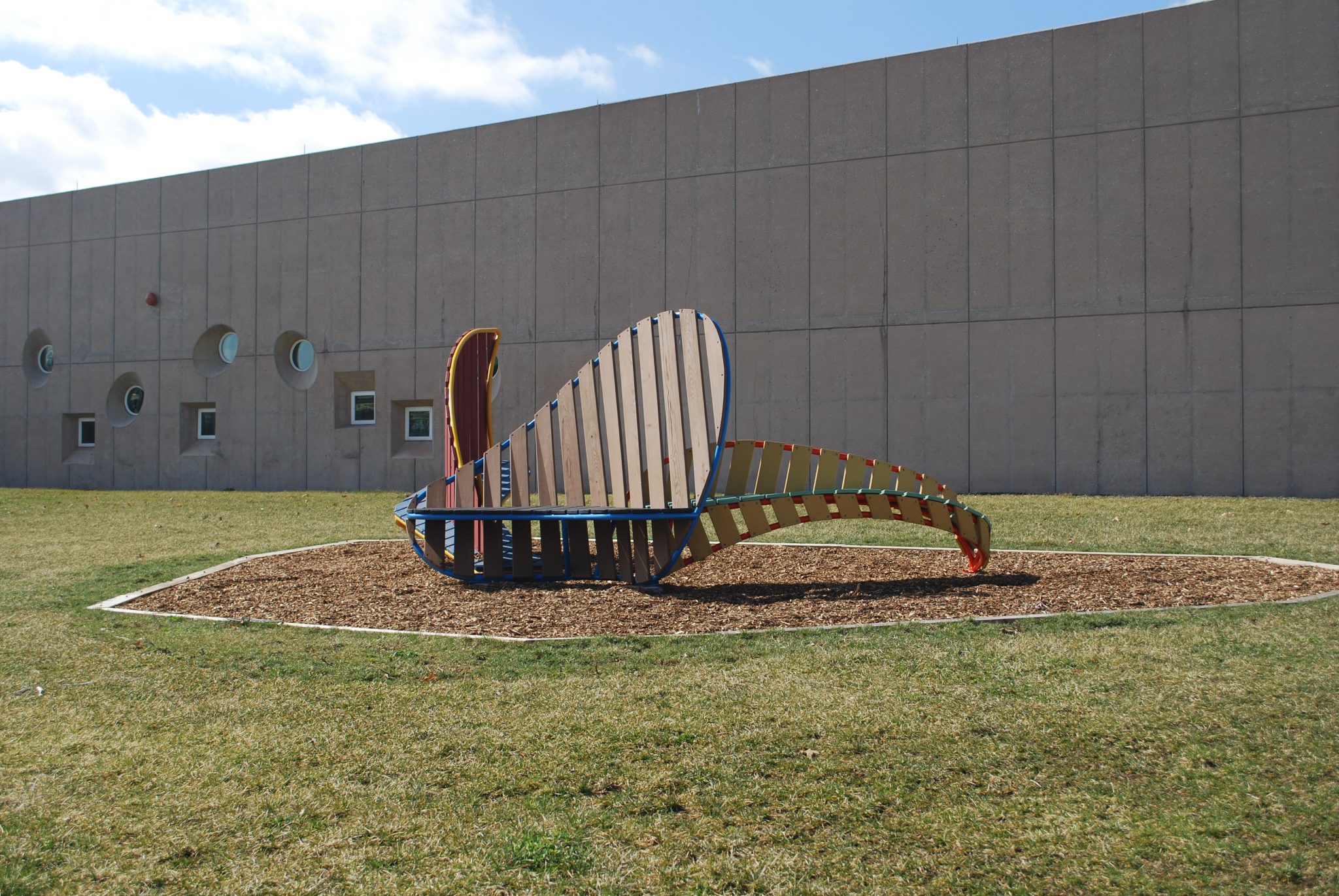 About thirty-five miles south of Grant Park, on the grounds of the Nathan Manilow Sculpture Park, is a very different version of a commemorative monument. It’s Garner’s handiwork, too. Originally commissioned to celebrate Martin Luther King, Jr.’s legacy and installed in Atlanta near his birthplace in 1992, “Throne (For Dr. Martin Luther King, Jr.)” consists of a large arrangement of wood and steel. Colored metal tubes describe a flowing outline that swells and ripples through space, creating broad planes filled in with painted slats. The horizontal portions look much like benches, a strategy that Garner developed in later sculptures like “Wan” (2014) and “Hoochie Couch” (2020), and photographs from its original installation show children clambering over the sculpture. This sort of solicited interaction is quite different from that in the work of Mark di Suvero (for whom Garner has worked), whose “Yes! For Lady Day” (1968-69) makes for an instructive contrast. Di Suvero’s homage to Billie Holiday was the sculpture park’s founding acquisition and is a short walk from “Throne.” Sections of a railroad car sway in the wind, suspended from a teetering mass of black I-beams. You can push the hefty fragments around; you act on the sculpture as you orbit its gravity. It moves under your touch. Garner’s work instead invites you to take up a position within the work; sitting inside its armature, you see the world from the sculpture’s point of view. 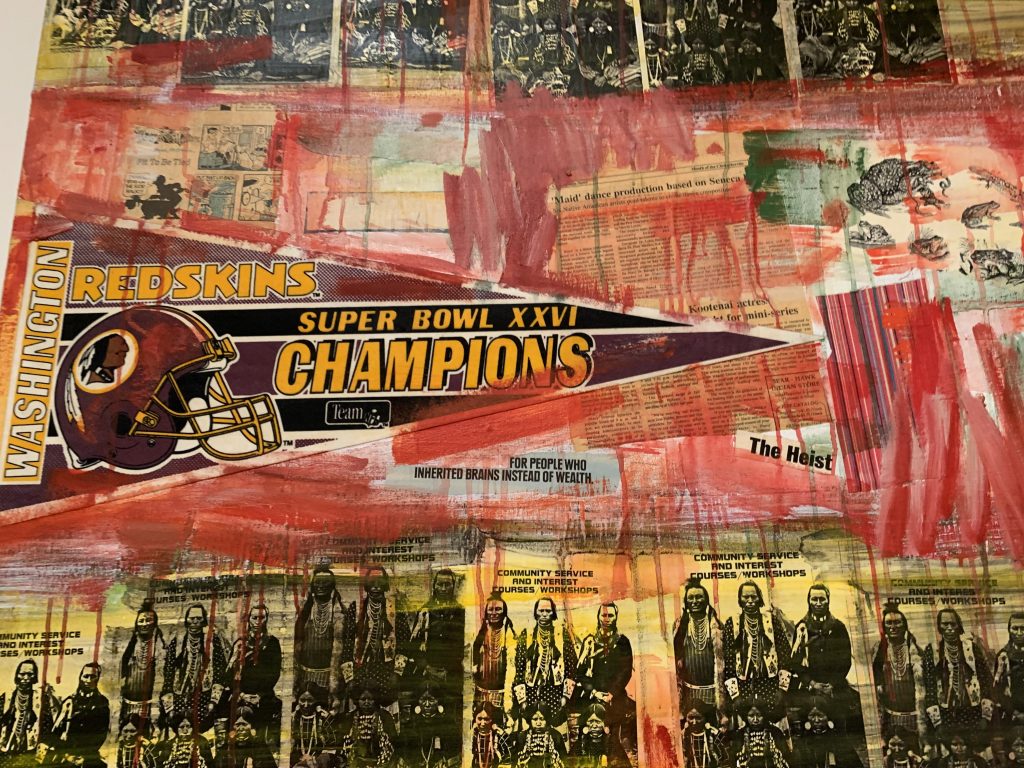 Although made to honor a Black civil rights leader, the installation of “Throne” coincided with the Columbus Quincentenary. Native artists and curators dissented publicly and persuasively from the celebrations, which lavished hundreds of millions of dollars on hero worship. “The Submuloc Show/Columbus Wohs,” curated by Jaune Quick-To-See Smith (an enrolled Salish member of the Confederated Salish and Kootenai Nation), contested triumphal narratives of discovery and progress by asserting a continuing Indigenous presence in the face of ongoing colonial violence. Smith’s “I See Red: Target” (1992), recently acquired by the National Gallery of Art and trumpeted as the museum’s first painting by a Native artist, pokes fun at white male pop artists while collaging stereotyped images of Native Americans and reservation newspaper clippings under furious strokes of red paint. She places a pennant for the Washington football team, garlanded with slurs, above repeated posters calling for community service workshops. It’s a witty piece that visually connects pernicious forms of appropriation and oppression to strategies of resilience and subversion.

Garner has cautioned against reading his work too strongly in terms of Native art practices. He has, however, acknowledged the influence of the Haida sculptor and master carver Bill Reid, and “Throne” draws on the representational resources of Northwest Coast formline in interesting ways. Viewed from different vantages, the sculpture’s outline evokes the figure of an eagle at two distinct points. You see a rearing, winged shape from one angle, but walking a little way around the piece gives you the decisive impression of looking at an eagle’s head and beak. While the iconography refers to the bird’s prominent place in Lakota cosmology, the very splitting of the image into several spatial approaches recalls the way Northwest Coast artists unwrap animals across planar surfaces. A nineteenth-century painted Kwakiutl house board, for example, shows two whales confronting each other. The symmetrical figures are essentially identical, as if the same whale had been unfolded or as if the artist tried to convey the sense of seeing the same whale from two different angles. Similar strategies appear in sculptures carved all the way along the coast, from Kwakiutl to Tlingit lands. There are many precedents for wanting a sculpture to resolve into different configurations as you circumambulate it, the dicta of nineteenth-century critics who wanted all good sculptures to have a single, ideal viewing point notwithstanding. But I think there are convincing reasons for seeing “Throne” as a selective exploration of formline’s aesthetic resources in the medium of large public sculpture.

What does it mean to commemorate a Black civil rights leader in this way? And what did it mean in 1992? The language of intersectionality was just beginning to take hold in public consciousness (Kimberle Crenshaw’s pivotal article “Mapping the Margins” appeared just one year earlier), while the 1993 Whitney Biennial would incense white critics with its focus on identity politics. In retrospect, Garner’s cultivation of a playful, thoughtful space looks more like a pleasing vision of multiculturalism than, say, radical solidarity. For that, compare René Castro’s 1992 screenprint which scrawls “I AM ASHAMED” across King’s somber visage in an indictment of the recent invasion of Iraq. “Garner’s work is nothing if not integrationist,” remarks UIC art history professor Elise Archias. She doesn’t speak in terms of community or identity, instead connecting one of his large metal forms to both Northwest Coast bird masks and steel skyscrapers. But these ambitions of connection and integration are also evidence of political commitments, of how the organization of style and space produces particular experiences of what it means to live together or apart. The journey from “Throne” to the removal of Brioschi’s Columbus is, in the end, a rewarding and vital one. (Luke A. Fidler)