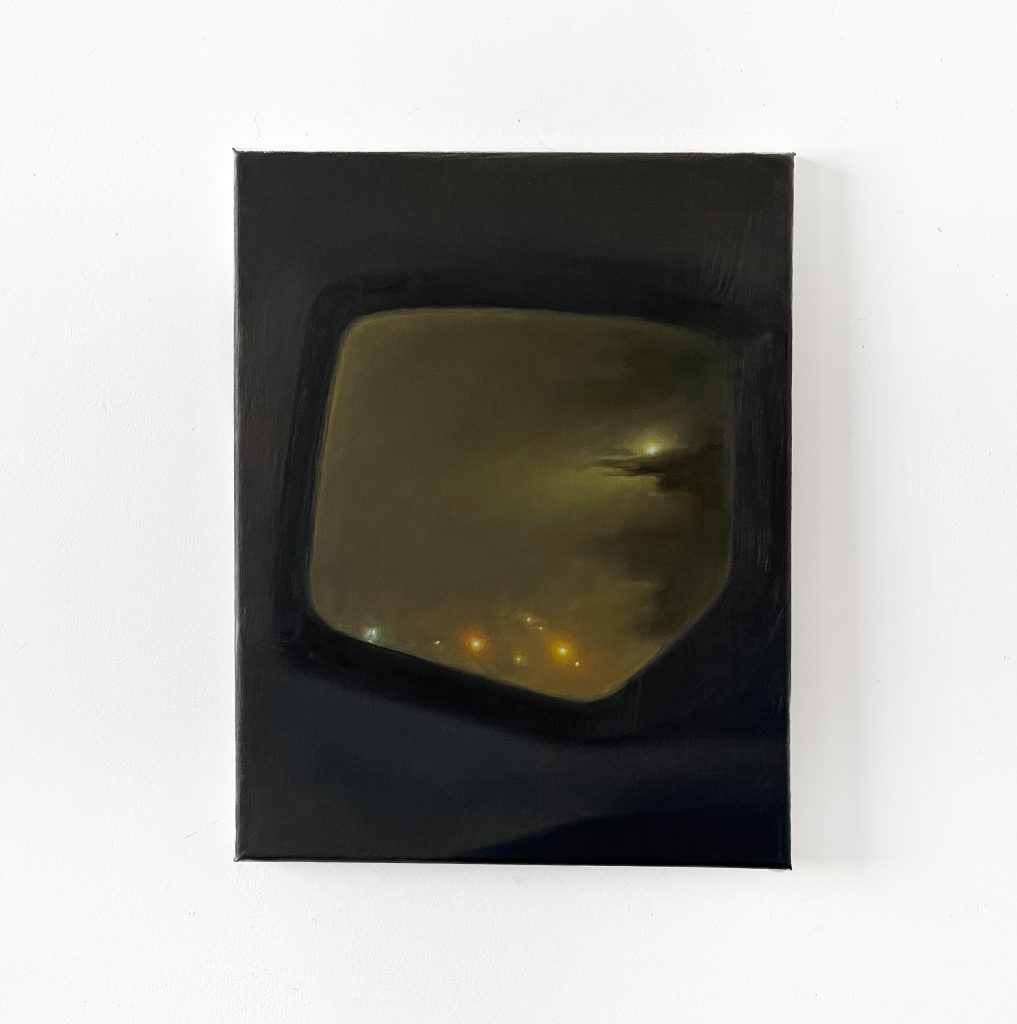 Stare intensely into something and then snap your eyes shut. What do you see? It’s called an “after-image,” a retinal impression that remains after the stimulus is gone. After-images are the subject matter for the paintings of Brendan Getz, who received an MFA in 2018 from the School of the Art Institute of Chicago and who now lives in Berkeley. The work is on view at Carrie Secrist Gallery.

The concept is simplistic, in the sense that it’s a procedure that has nothing much to say about the viewer, the world or how the two interact. It’s a psychology limited to the physical, detached from any deeper involvement with self or the world. No angst, no passion, no insight, no commitment, no transcendence, no history, no moral judgment. Nothing about how humans can live with each other and the cosmo.

All the stuff that can make art exciting is missing—except Brendan Getz is an extraordinarily good painter. The paint itself—its color, thickness, luminosity—seems to be his own skin, an extension of his being. It has the high aesthetic of traditional East Asian ceramics whose simple cups and bowls are also about nothing more than the beauty of their being.

The larger pieces don’t work, at least if you step far enough back to see the whole thing. They’re blurry, boring and depressing. They suck the energy out of a large room. The most painful of these pieces were painted from video stills filmed of pet birds. Faded color, spent energy, blank personality—they’re like pages from a comic book that have been run through a washing machine. More than once.

Happily, there are over seventy pieces in this show. Many of them are quite small, and the exhibition space, a vacant new luxury condo, has many tight spaces that force the viewer to see paintings up close. That is where, quite literally, they shine. Getz is a master of luminescence and a perfectionist of shape. Not the shape that perfectly echoes the subject, but the shape that pleasures the form-seeking mind. So why don’t more gallerists use condos to display their wares? Isn’t that the kind of environment where buyers will eventually display it? 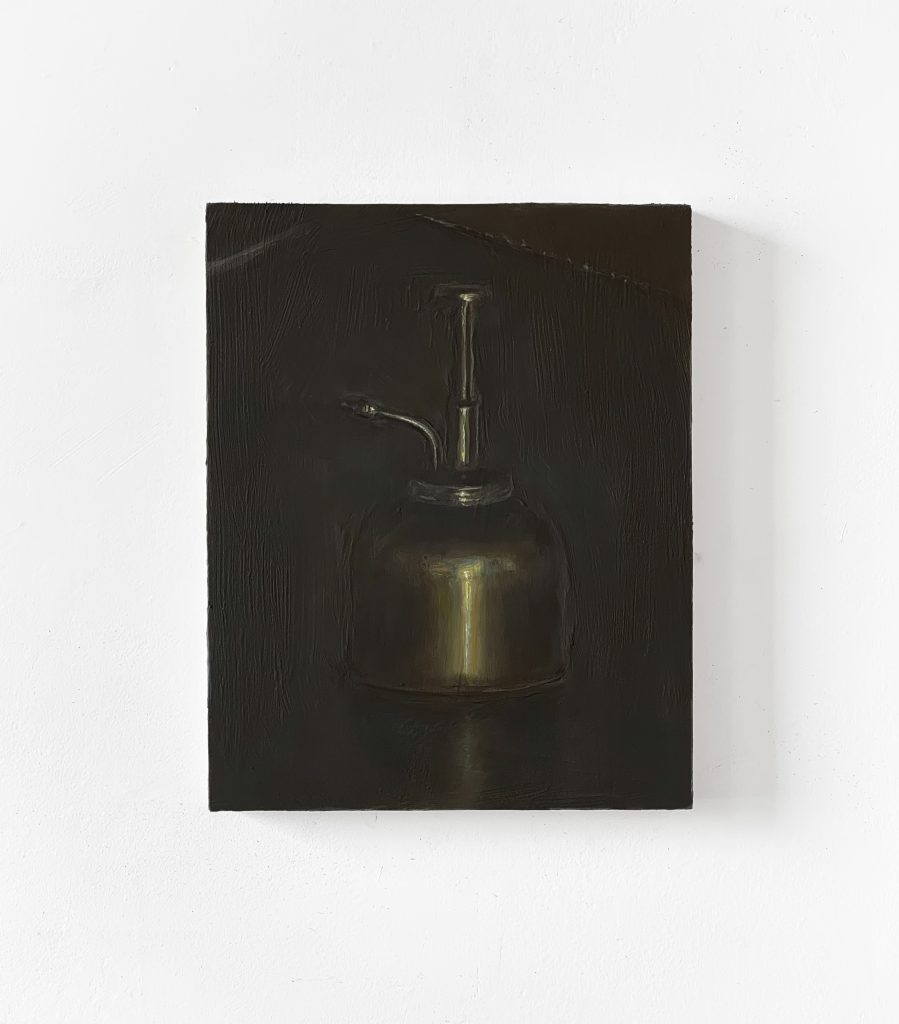 “After-image” is not really the subject of the best pieces here, at least not as the mere retinal impression discussed above. His precise, gleaming paintings of metallic beakers echo the great still-life paintings of the Dutch Golden Age. The looming emptiness of his paintings of empty glass bottles follow twentieth-century masters like Claudio Bravo. His alluring painting of city lights was sourced from an image reflected in a car’s rearview mirror. Even the piece that shares the exhibition’s title, ”The After-image is the Image,” seems based more on a burned-in memory of our planet’s sun than an immediate retinal image. Half a dozen variations enliven one of the small bedrooms, making it a delightful place to be.

One might wish that Brendan Getz got out of his apartment a bit more often, either physically or mentally. But if he can make a good painting out of even a stack of pillows tossed on the floor, it doesn’t really matter how hermetic he chooses to be. (Chris Miller)

“Brendan Getz | when the after-image is the image” is on view at Carrie Secrist Gallery, 900 West Washington, through February 26.