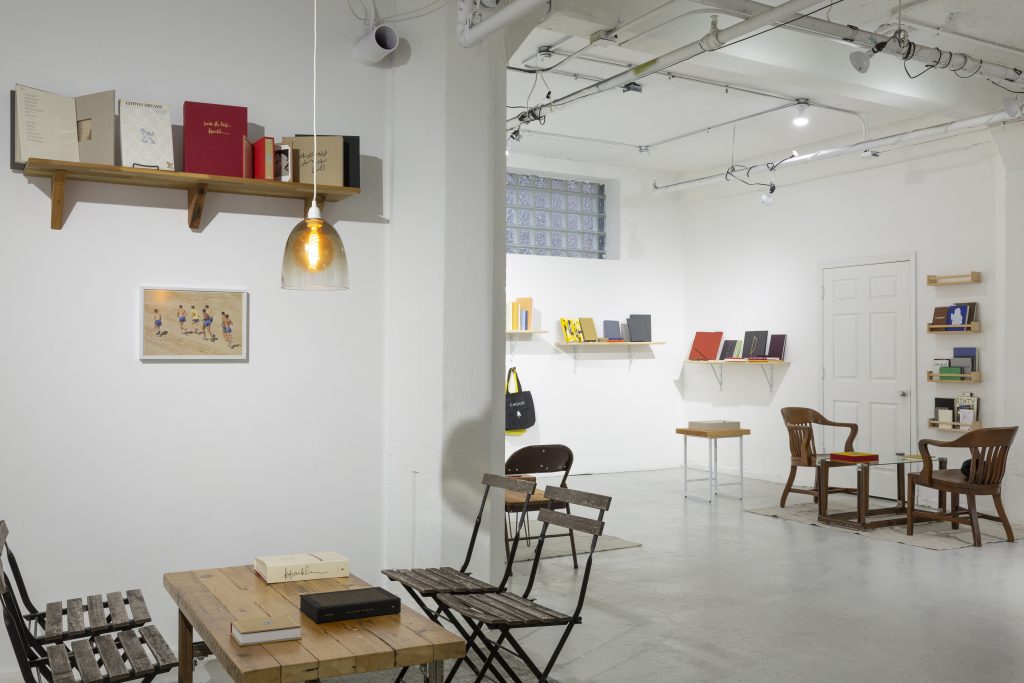 A hallway lined with artist studios in the Zhou B Art Center basement opens up to 062 Gallery, where three shelves frame the gallery’s signature transom glass block window. Hardcover special editions and clamshell artist boxes sit atop handmade Baltic birch ledges. A box by artist Mika Horibuchi sits on a small table. At the December opening, people coalesce and break apart, the centers of their conversations like opened books. Hardcovers and paperbacks are splayed out on tables, spread open like our teachers did when presenting a new storybook to the class, and held firmly and respectfully in hands. “Candor Arts: July 10, 2015–August 31, 2021” is a retrospective of every major book project carried out during the organization’s run. 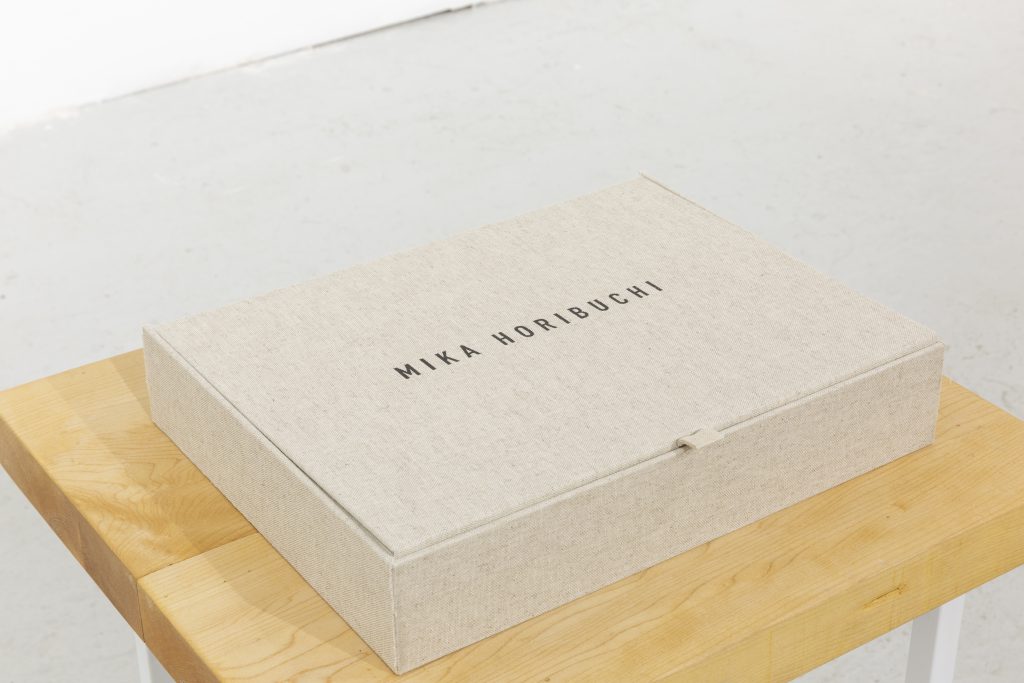 Although everyone’s wearing masks, I catch quick glimpses of smiles as polite sips of beer are taken amidst conversations about poignant stanzas, Candor’s open library sessions before the pandemic, new projects, financial realities of COVID and tenuous holiday plans. Amidst hats and scarves are butter-yellow paperbacks, cadmium red buckram book covers and navy blue book cloth. My hands graze La Keisha Leek’s “How to Make a Hood,” David Robert Elliot’s “I Used to Believe That I Could be the Next Larry Bird,” and what is arguably one of Candor’s most well-known co-published books, Michelle Dizon and Viêt Lê’s “White Gaze.” I pause on Justin Nalley’s “Take Care.” Its ninety-five pages of images and poems provide a cathartic look into Nalley’s transition into sobriety. Made in 2016, the book was technically published as part of a fifty-edition run with Chicago Perch. However, Nalley himself was one of Candor’s first employees. His book gestures to the intrinsic and almost boundless story each page, book and binding has in the room. 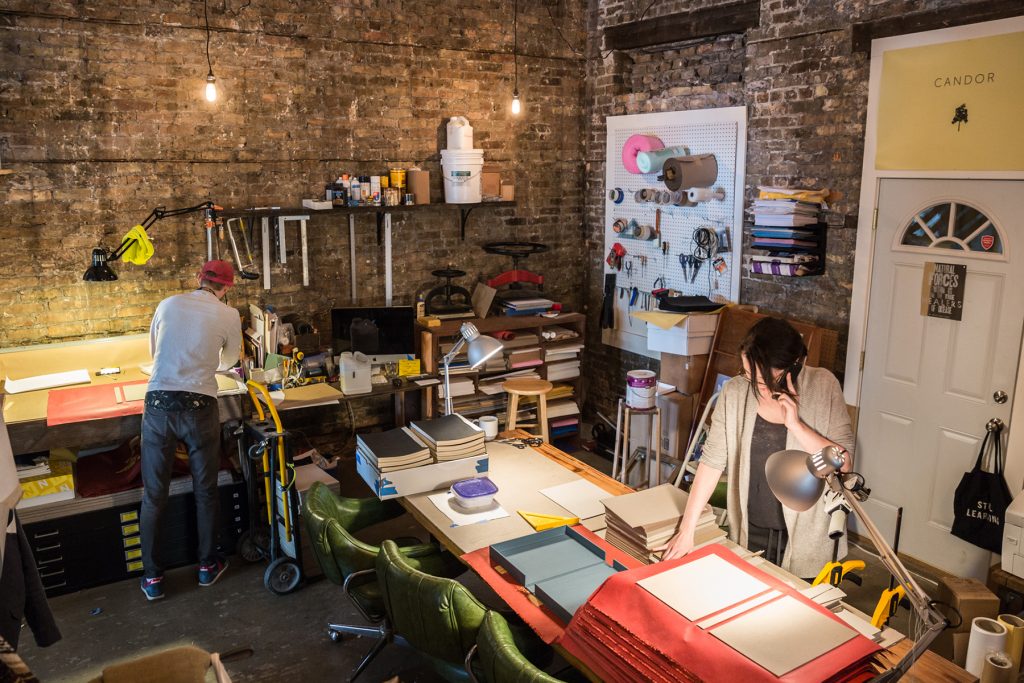 Candor Arts is—well, was—a publishing imprint and hand-made book bindery that started in 2015. When the arts publishing organization was in full swing, it was run by Matt Austin, Melanie Teresa Bohrer, Katie Chung and Hannah Batsel (I’d give you their titles, but that’d miss the mark). Its inception was at a dinner party.

In the art publishing world, it’s often the case that the costs and risks fall on the shoulders of the artist, which makes creating an artist book financially unrealistic for most emerging creators, who are forced to rely on grants. In 2015, Austin, frustrated with the exploitative nature of most artist grants, began Chicago Perch as a way to provide resources and income for artists using restricted funds. This approach to funding allowed the team to teach artists how to create books with no upfront cost, and to provide them with unrestricted funds through the sale of their books, which were distributed by Perch, and then later Candor Arts. Candor, and its reputed approach to craft, emerged out of and alongside Perch, with the shared goal of providing holistic care to art workers amidst the harmful reality of capitalism. 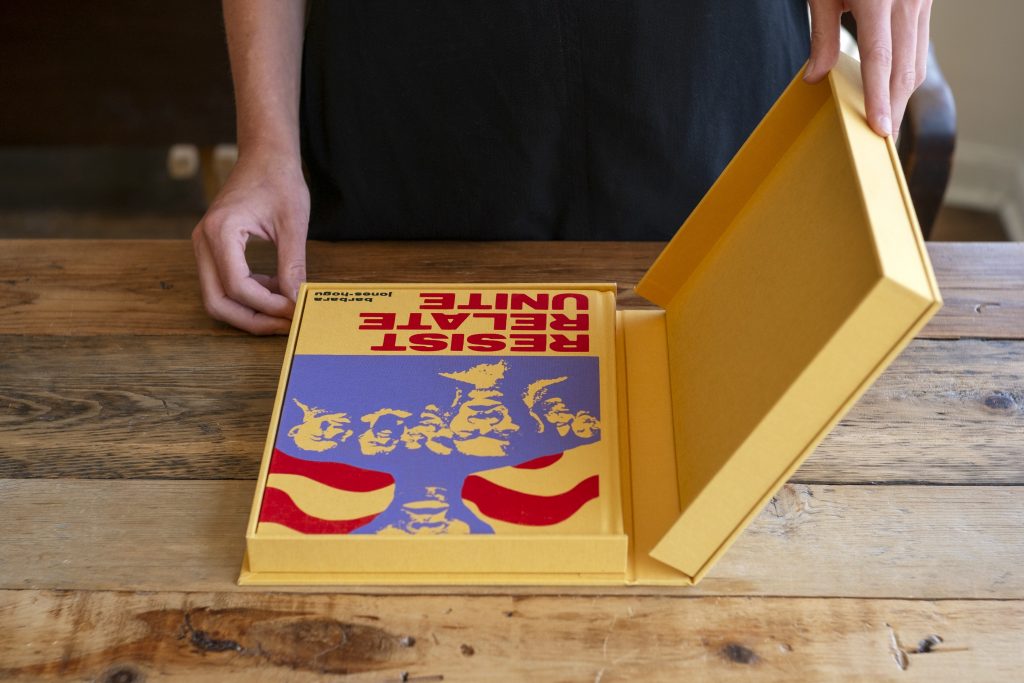 The Candor team feels their misstep was in the very implementation of hierarchical structure, and although this was done to support the arts publishing operation that it became, applying an ethos of equity and care became problematic. When talking with Austin and Bohrer, they put this simply, saying, “You can’t have equity within a hierarchical institution. It’s not possible. Literally everyone is treated differently and considered differently and delegated worth differently.” What remains of Candor in its collective form though is an ethos of care spread via a network of arts workers with a deceivingly simple goal of supporting artists’ livelihoods. This isn’t to say they’re under the impression that shifting to a collective will be some be-all and end-all solution, but rather something that “exists on the fringes of capitalism,” Bohrer says. Austin says that Candor Collective will “look like Perch and Candor Arts, a series of mistakes and accidents and learning experiences that lead to something a little better each time.” Publishing will be one of many resources offered, with support centered at the core. What is physically left behind are the books, furniture and shelves at 062, run by S.Y Lim. 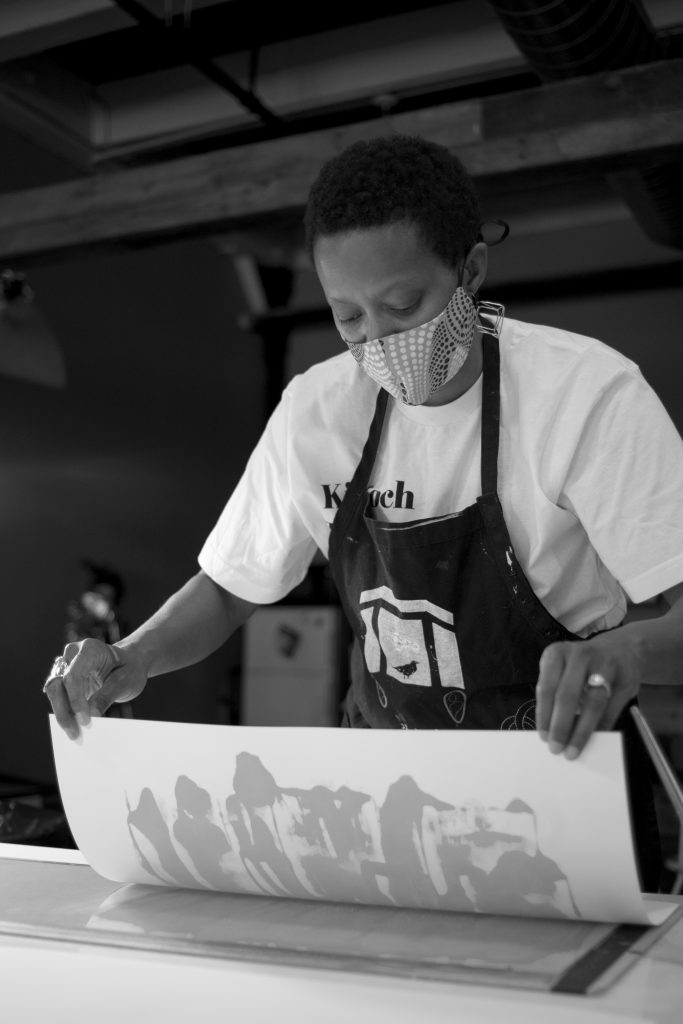 Amanda Williams worked with Candor Arts on “The Other Option is to Slow Down,” co-published with the Smith College Museum of Art/Image courtesy Candor Arts

Since 062 lies in a public space inside the art center, each time the gallery opens and closes, S.Y has to set out the books, then pack them back up. I went back a week after the opening to see the show with no other viewers around. At the end of our conversation we slowly pushed carts of books back into an open studio down the hallway. Tucked carefully away, the books are keepsakes of craft, persisting interrogations of hierarchy bookended by cloth and cushioned by bubble wrap. It’s humbling to think about the sheer amount of work that went into creating their pages. They’re still for sale, though. 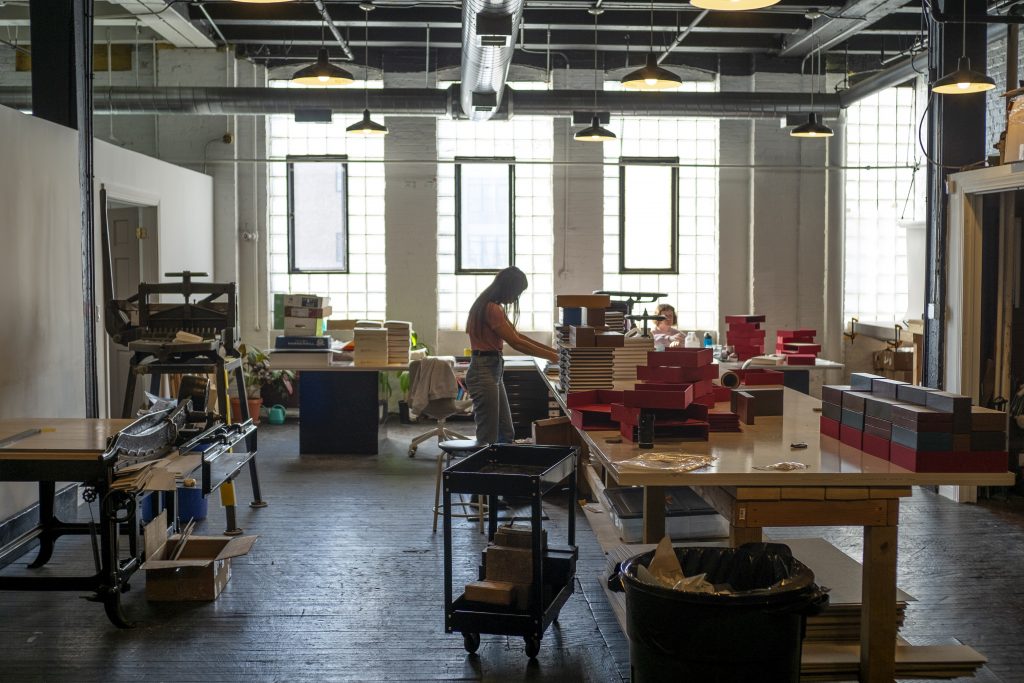 There’s a familiarity that books offer that traditional gallery openings and paintings on walls don’t. Not only are they tributes to the artists and arts workers that bound them, but whether you’re reading one at the opening, or holding it open precariously in the bath, the same haptic experience is accessible to you, you can rely on those pages being there for you to flip through. Candor’s retrospective feels like a fitting sendoff to an organization that isn’t exactly going anywhere, just pausing, before assuming a newer, more whole form. These tactile souvenirs are what they leave us with. On view until March 7, the remaining books, totes, prints and furniture are available on a sliding scale, just ask. (Joan Roach)