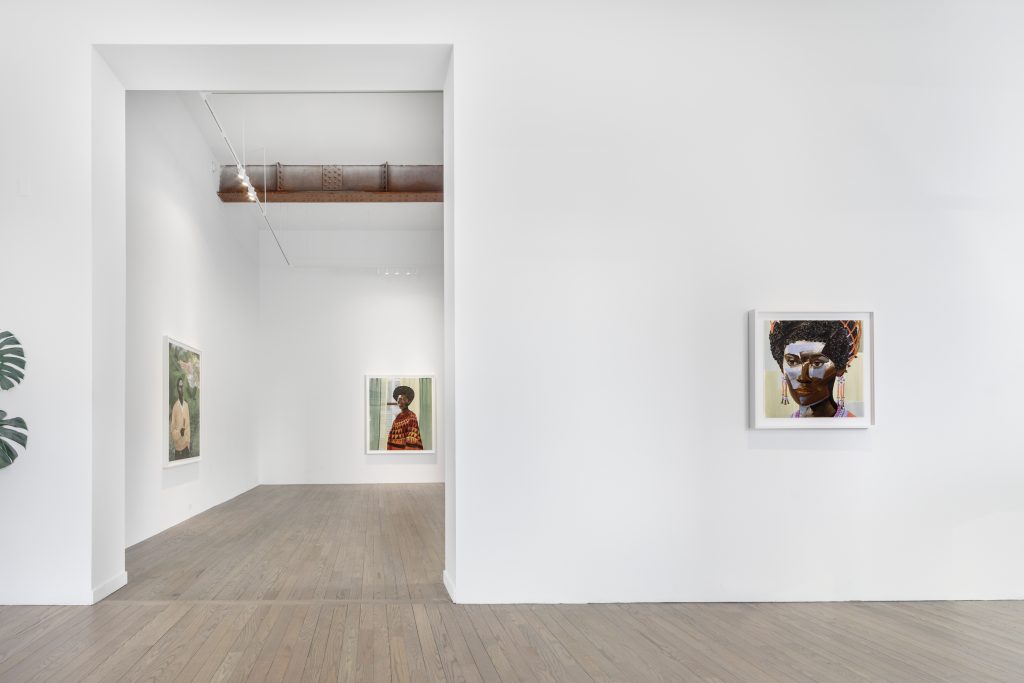 In the street-facing front room of Patron, a single painting by Greg Breda is on view. “It’s December for Me,” which depicts a scene from the movie “A Warm December,” is a large, striking close-up of a woman’s face. Staring off into the distance, her look is vacant, glassy—her hair and ears adorned with bright, multicolored beads. Her face is composed of just a few wide brushstrokes, mostly of a rich chocolate brown, with periwinkle-blue accents that show where the light hits her face. Breda’s ability to convey wells of emotion in his deceptively simple compositions is astounding. Though there is just one painting on view in the room—and indeed just seven in the entire show—the exhibition doesn’t feel lacking, for the vibrancy and tenderness in each portrait gives the viewer more than enough to contemplate.

Each of the paintings in Breda’s second solo exhibition with the gallery show pivotal moments of African American characters in films dating from the 1960s to 2019. The L.A.-based artist told the Art Newspaper that he purposefully chose lesser-known films, such as “The Landlord” and “Brother John.” These are quiet moments from “quiet films,” as the artist calls them. The title of the exhibition, “Still,” refers to both the process of grabbing a frame from a movie and the slow and often repetitive nature of life and social progress—the recurrence of themes such as regret and issues such as racism.

“You’ll be ok” is masterful—another close-up of a character’s face, this time a scene from “Feeling Through.” The teen protagonist has his eyes closed and his hands over his ears, as he tries to experience the world as his deaf-blind friend. With the sparest of movements, Breda shows a face in response. Though the character’s eyes and ears are closed, his presence reads as open: to new experiences, new relationships, a new way of understanding the world. 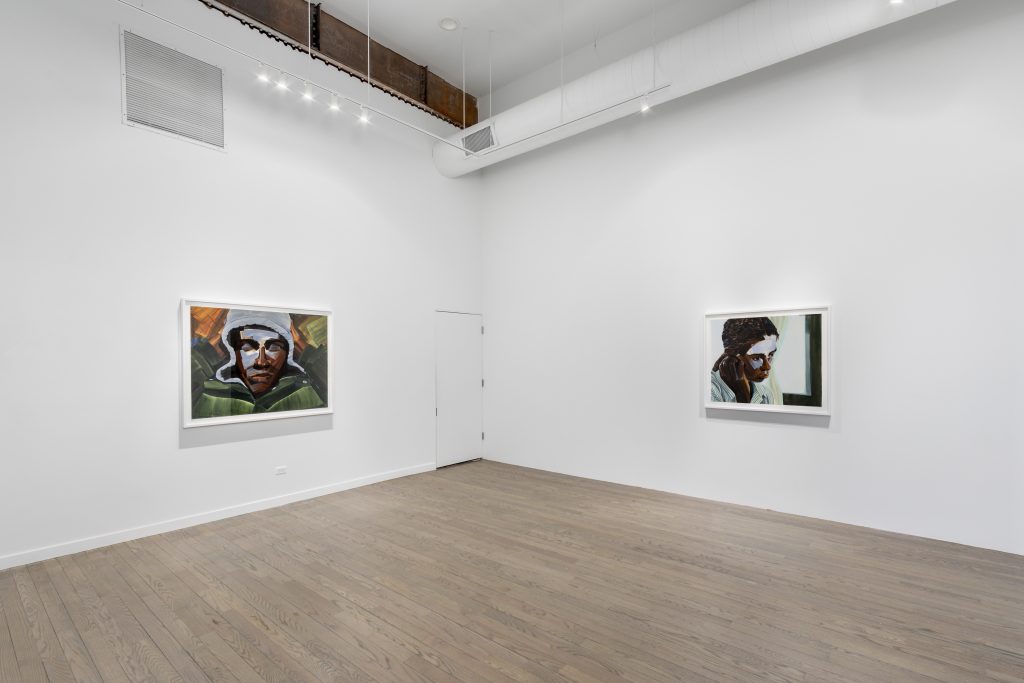 “When the Wind Comes Again” shows Sidney Poitier in a scene from the 1971 film “Brother John,” dressed smartly in a V-neck sweater, surrounded by lush greenery and with a monarch butterfly balancing on his finger. The butterfly could be a symbol of freedom or metamorphosis, as Poitier appears to be in deep contemplation. Smokestacks in the distance bespoil the otherwise tranquil environment.

These quiet moments are sure to pique the viewer’s curiosity—what are these characters thinking? What are they going through? Where has one seen such expressions before? Just as a filmmaker uses actors, ambience and small details to move a narrative along, to develop characters and to trigger a certain resonance in the viewer, so does Breda judiciously choose moments and details to render an entire story in one still. The depth he is able to convey with his smooth, precise brushwork is remarkable—here is a show to visit in person. (Kerry Cardoza)