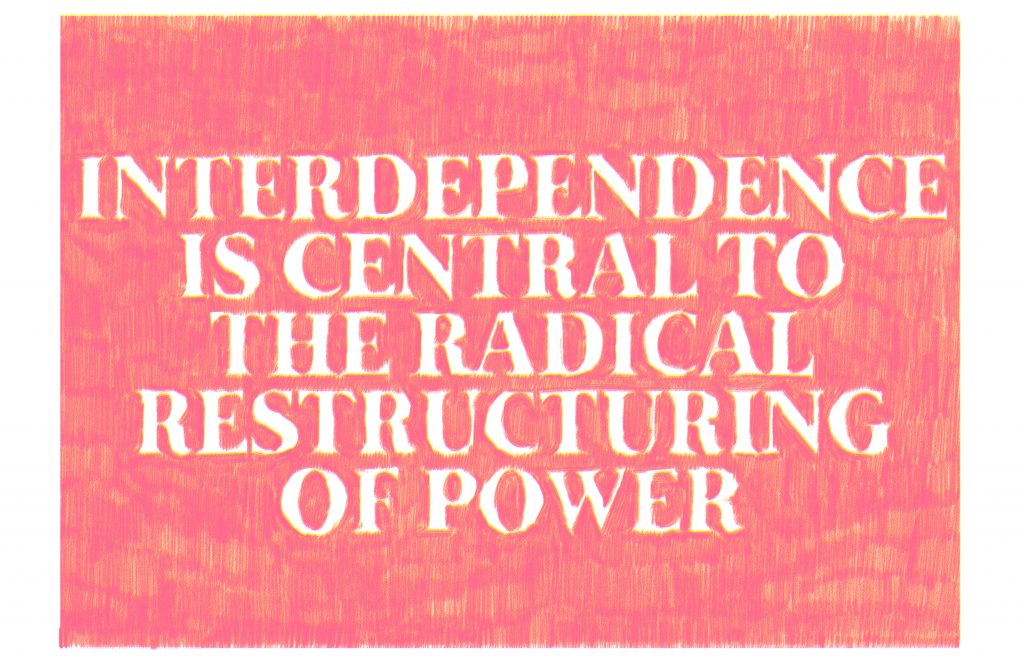 An asterisk denotes an excess of information. Be it a footnote, a disclaimer or an annotation, there is more to be gleaned. Here, propped at the corner of a single word—”crip”—the asterisk asserts that the bounds of the word and the meanings it contains are inadequate. Inclusive of a broad set of identities, experiences and negotiations encountered when living with or without disability, “crip” as a slang term, a mode of being, and a critical discourse is imperfect.

The incomplete summations attached to disability identity serve as a starting point for “Crip*,” on view at Gallery 400. Sidestepping the impulse to situate any one artist’s practice under a singular label of distinction, curator Liza Sylvestre employs an intersectional strategy in which an artist’s race, gender and sexual orientation are called upon as much as those abilities of the bodies they inhabit. The twelve participating artists come from non-normative subject positions, but not all identify with disabilities.

The strongest works in the exhibition succinctly express the ways the artist relates to their own body while calling out how the artist’s body and body of work has been perceived or coded against norms or ideals. Max Guy’s sculptural planes address the diabetic body as a playing field. A precise yellow grid superimposed on the irregular shape of a cut-out figure evokes a mapping of the body—one where irregular functions must comport with a standard system. 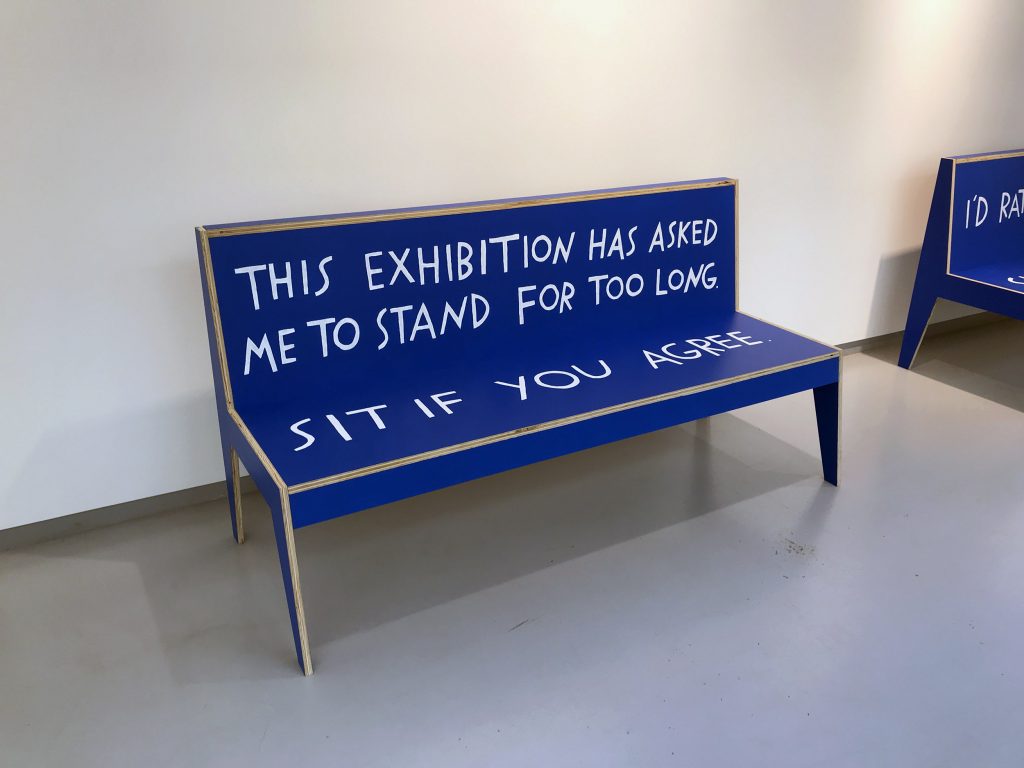 Across the gallery, Emilie Gossiaux’s ballpoint, pen and crayon drawings appear rough but are the intricate result of touch and memory working together to create a visual image on a page. A person with blindness, Gossiaux crafts a haptic love letter to her service dog London across six pages of paper. One tender illustration, detailing a hand touching a tail, expresses the at times unorthodox but nevertheless valid ways that differently abled bodies make sense of the world. In the flex of a finger and wag of a tail, we are guided to experience what Gossiaux feels.

The nuance of many artworks is lost to poor exhibition design. Undoubtedly, much thought was given to user experience with uneven results. Descriptive wall text accompanies each artwork as well as a QR code for access to verbal descriptions, and Braille labels are available upon request. But some labels are heavy-handed, placing undue burden on the artist’s identity to describe the work and reassert the exhibition’s thesis. Other interventions in the space, such as stools, facilitate moments for rest, but at times obstruct artworks and prevent easy circulation. Technology was a glaring issue. One wall-label unintentionally described the resounding impression of the gallery’s AV system: “The disabled body’s relationship to technology is especially complex.” Two audio-visual artworks were turned off, projections were washed-out by natural light, and the audio descriptions for the videos were not working. Charitably, one might read these glitches as an embodiment of what it feels like to live with a disability, but in truth it’s a disservice to these artists to not provide a seamless architecture for experiencing their work. A stronger presentation would focus less on translation and instead present the works on the artist’s terms.  (Alexandra Drexelius)