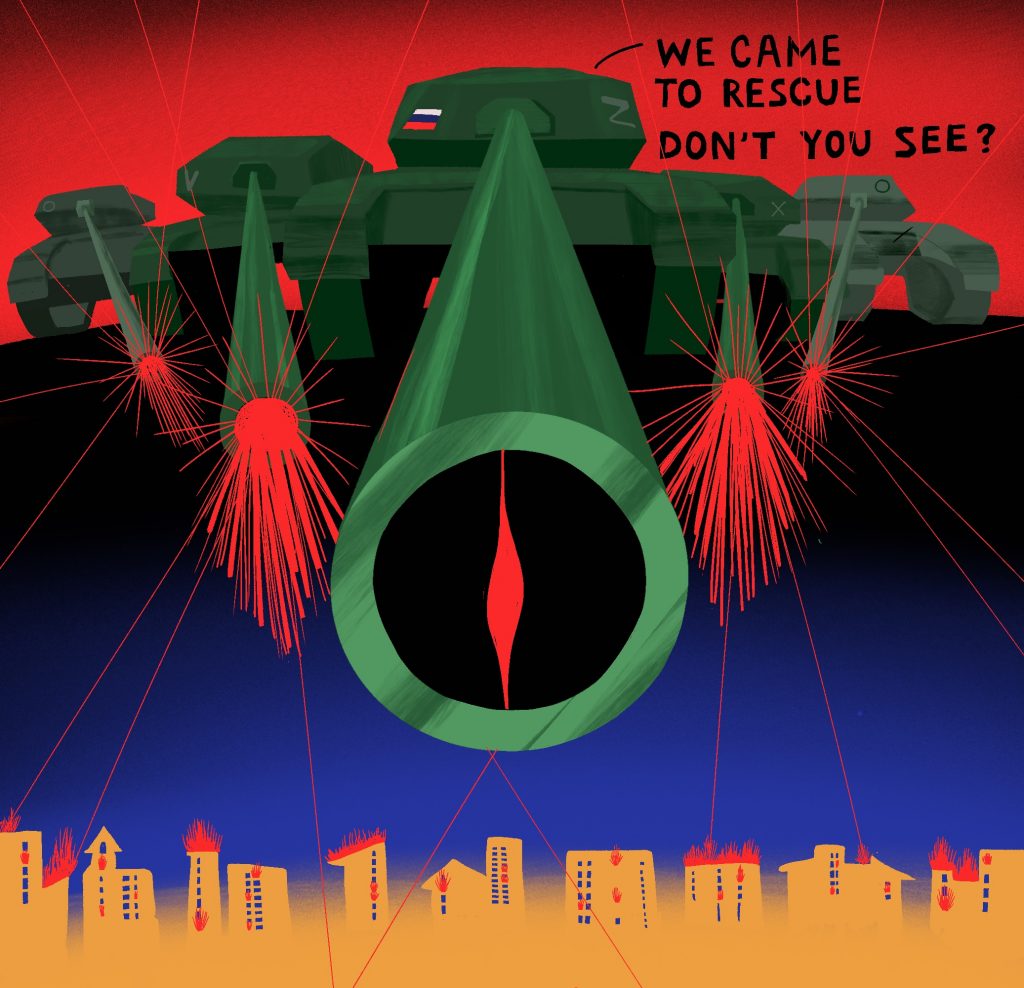 Amid the Russian war in Ukraine, Russian artists are getting banned from major cultural platforms, while Ukrainian artists struggle to survive.

When I left Kyiv six months ago to study art journalism in Chicago, it was a blossoming capital of an Eastern European country, with a legendary techno music scene and prominent art community. Many of my artist friends stayed there, working and contributing to Ukrainian culture. For all of us, culture mattered. Today my friends are living in bomb shelters because of the unprovoked war Russia started against Ukraine. Some are unable to leave because of families, pets and their duties to help.

In January 2022, my friend, talented illustrator Anna Ivanenko, won a nomination for the Bologna Children’s Book Fair exhibition, a prestigious art fair for illustrators. Anna, who is a co-founder of Kyiv-based graphic and screenprinting studio seri/graph, planned to go to Bologna in March to attend the show. It doesn’t seem viable now. “Boeings do not go to Italy from our bomb shelters in Kyiv,” her partner and collaborator Zhenia Polosina wrote on Instagram.

Now, when many Russians express their resentment for not being able to go to Bologna, use Spotify or Apple Pay, or for being banned from Eurovision, Ukrainians have a thing or two to resent as well.

Ukraine’s cultural community is missing a lot of things. They won’t play soccer because the players are in the defense of their cities or in the national army. There won’t be any Eurovision for Ukraine because our managing team delivers food and medicine to the old people locked at home under the shelling. And artists won’t make art, they will be cleaning up bombed-out studios. If they survive.

Many Ukrainian cultural workers called for a boycott of Russian culture on the international art scene. Russians responded that this is “unfair.” Not only does the word “fair” sound painful to those who risk being killed under Russian bombs and missiles every day, but “fairness” itself is hardly applicable to war. 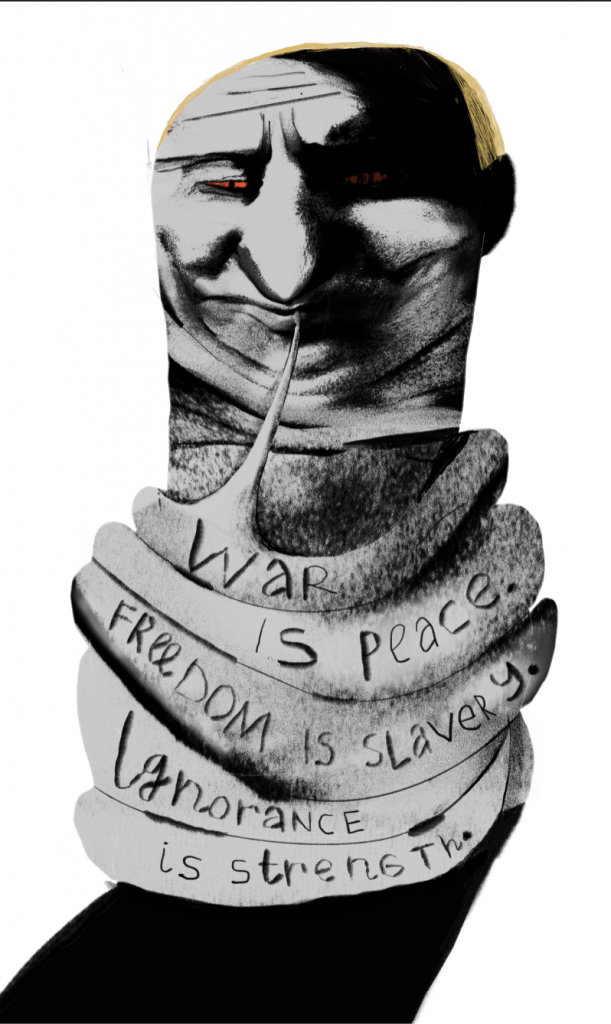 Yet, as many Russians feel like victims of the circumstances who cannot and should not oppose their government, things happen very differently for my Ukrainian colleagues. A talented architect who escaped Russian-occupied Donetsk in 2014 now hides in a basement in Bucha on the outskirts of Kyiv, a city being destroyed by Russian missiles and tanks. An artist and educator who works and lives in Mariupol can’t be reached by his friends because the city was cut off from the energy, water and food supply. Ukrainian elderly teachers, historians and World War II survivors spend their days in shelters asking their Russian colleagues to stop the war, which they are living through for the second time in their lives. 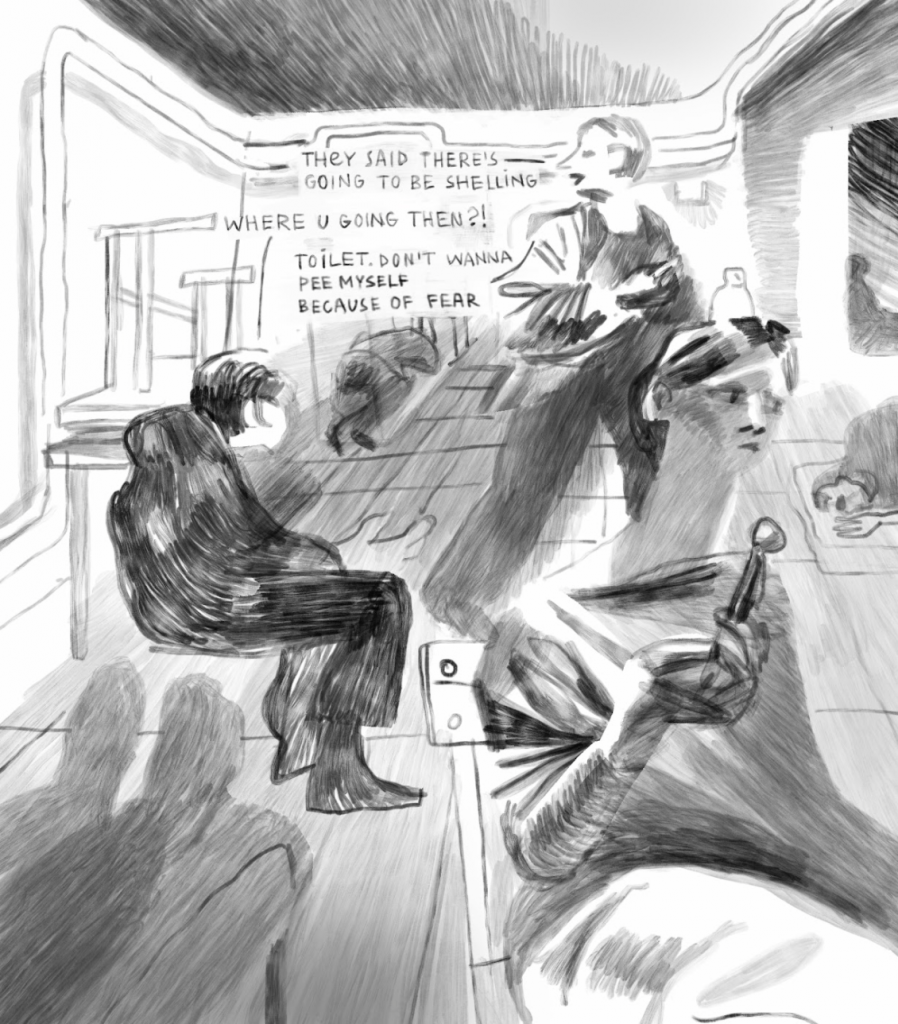 A week ago, before the war started, I was asking myself: what art can art really change? Today, when this rapidly deployed disaster has shown that international law means nothing (if it still exists), I don’t believe in any art except the art of resilience. Whichever form it takes. (Lisa Korneichuk in conversation with Jenia Polosina)

Lisa Korneichuk is an editor and writer from Kyiv based in Chicago. She is a Fulbright student in New Arts Journalism at the School of the Art Institute of Chicago.