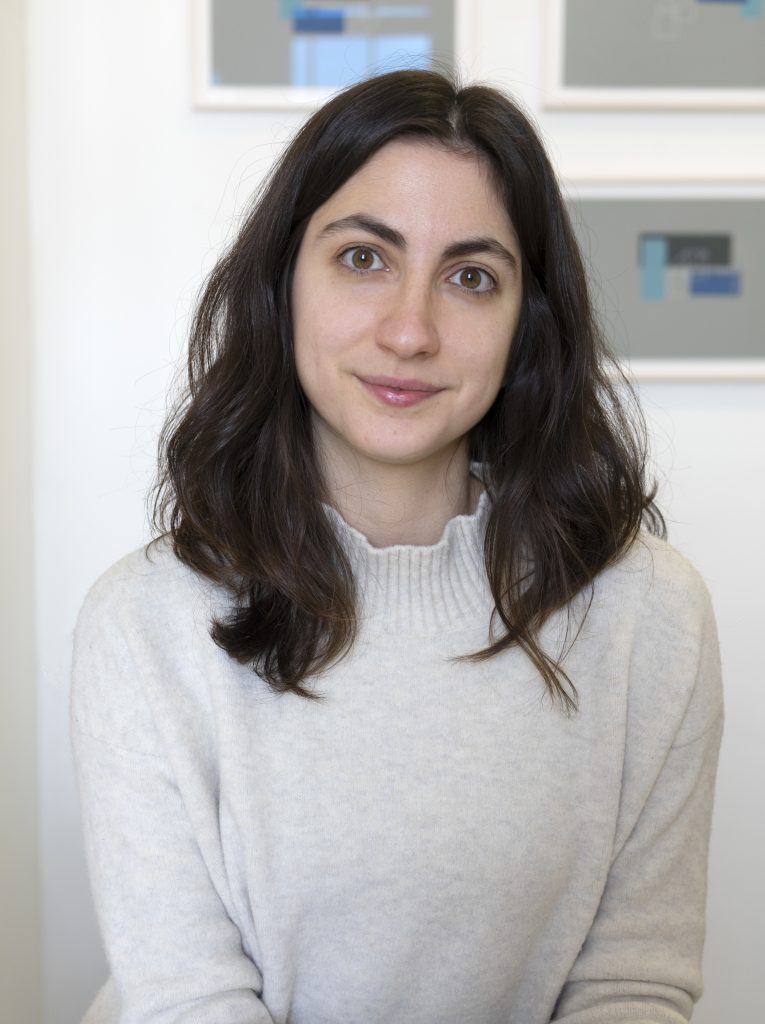 One of the byproducts of our persistent COVID age is an ever-heightened awareness of our relation to the space around us. We’ve become trained to consider the distance between ourselves and others, to avoid packed spaces; our living rooms have become surrogate offices and workspaces. In short, the suggested ways we are to move through the world, always mediated and guided to some extent, has become a less discreet fact of life. Even before the pandemic, Shir Ende was exploring this tension between our environments and our movement, crafting poetic visual proposals and structures that suggest the illusory qualities of volitional movement in our day to day. 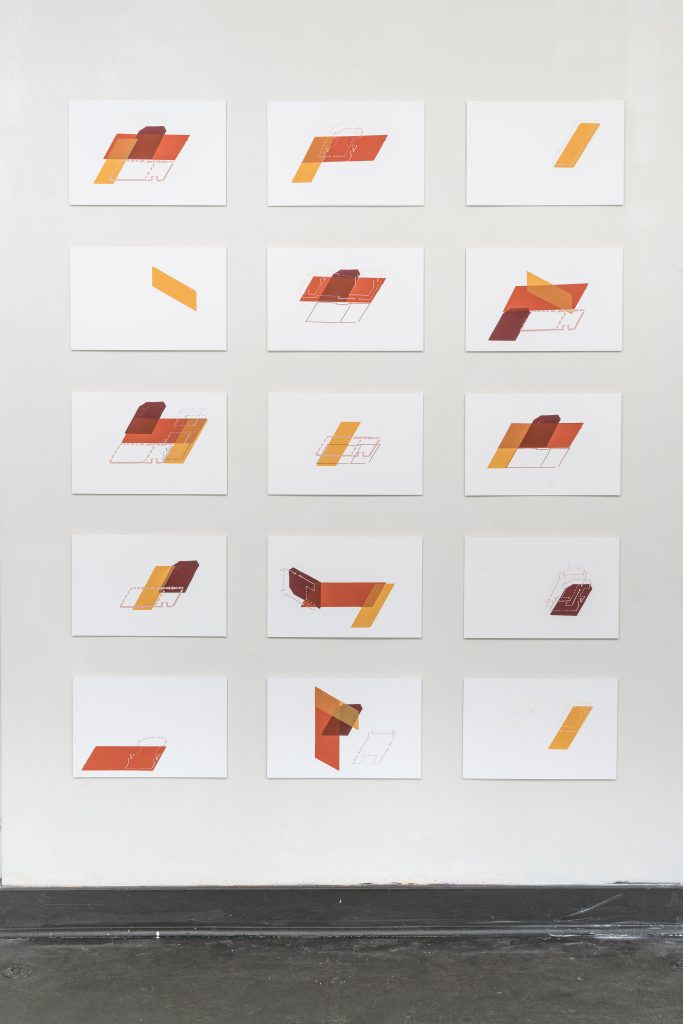 Ende received her MFA from the University of Illinois at Chicago in 2018, and has been a constant fixture in the city, teaching at local colleges and showing her work in local exhibition spaces. Ende’s recent work has taken the form of screen and block prints of various planometric views of a given space. While enticing objects in their own right that evoke various Modernisms in their formal tendencies with minimal line work and color usage, these prints also function as choreographic notation. The prints are often presented in a small series that non-exhaustively propose and invite to the viewer ways to make a featured space through movement, and their cumulative thesis suggests that the movement of our bodies—not the walls, streets and various signage that surround us—are what defines the world. 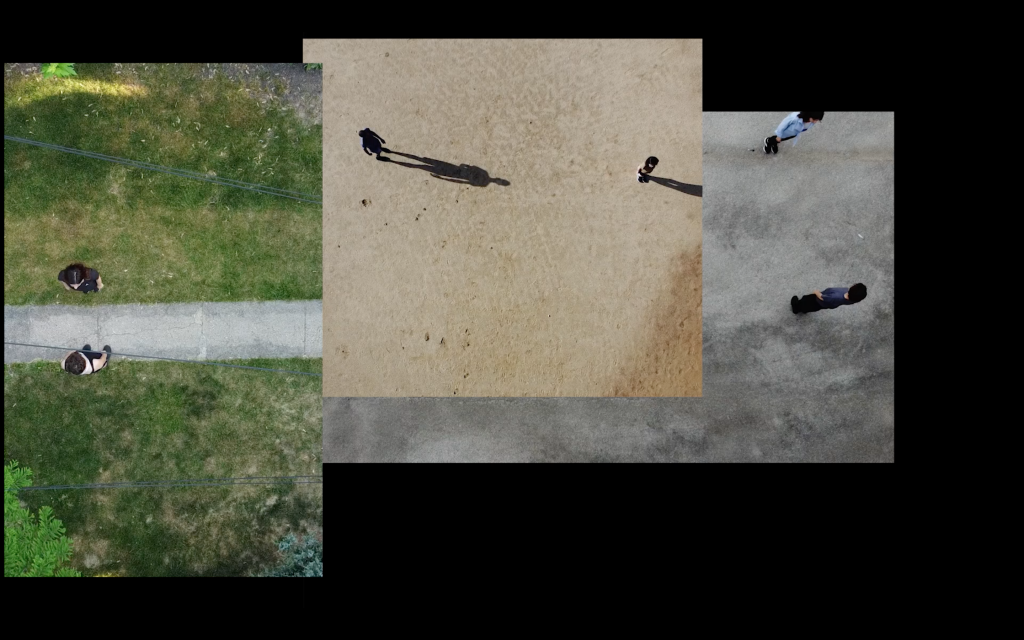 In Ende’s recent exhibition at Comfort Station, “A Run is a Wall,” the artist exhibited video documentation of how these print scores could be performed. The artist, with several others, navigates open fields and environments, crafting through their movements—running, side stepping, crossing—implied lines that configure an invisible architecture of relations. 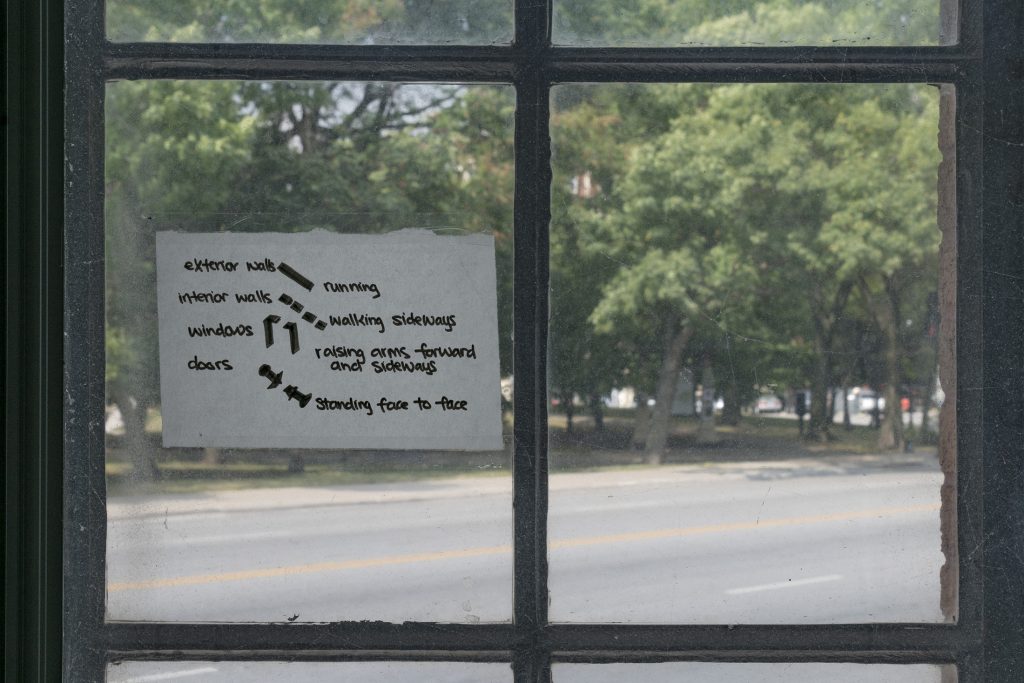 As a burgeoning choreographer, Ende has anxiety around her comparatively open score’s relative to ascetic fixity in performance. Like any movement-based choreography, there’s the risk of dehumanizing the performer through composer authority, and this reality can be perilous for a project like Ende’s with its humanist leanings. Yet Ende’s works never feel or look overly mechanized, despite approximating carefully organized architecture. “There’s interesting tension when you try to be a geometric form,” Ende says. “If you watch the video you can see we aren’t in sync. I’m always a little faster than everyone else because I know the movements. So there are these little things that tell the viewer the space is still generated by humans.”

Ende’s emphasis, through her work, on minor gestures being the stuff of major possibilities, not for escapist individuation or for the sake of crafting greater distance, is a particularly potent salve in our moment. The work doesn’t just encourage movement, but also thinking through our own formulations of how we exist in the world. How we occupy space with others, although mediated, can be recalibrated through collaborative thought. (Chris Reeves)