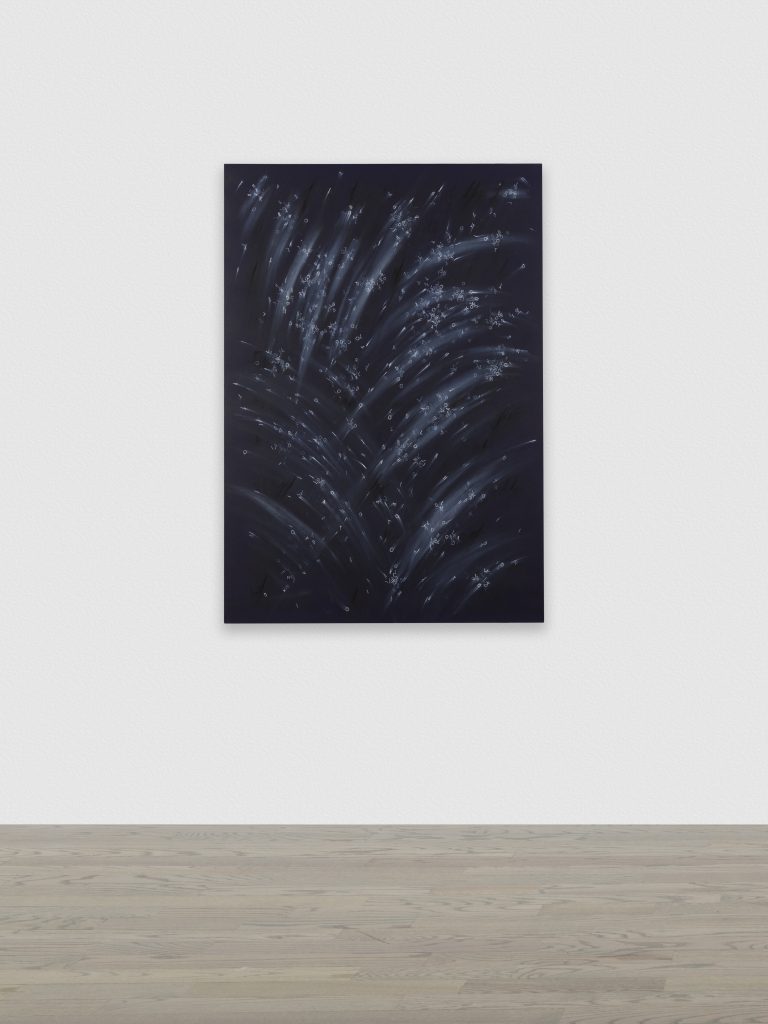 Sounds, unlike painting, exist in a different capacity than visual consumption. In the white walls of a gallery, the presence of sound creates an acoustic space. Chicago-based artist Bethany Collin’s latest show, “Cadence,” is another contribution to her ongoing exploration of language. The viewer is forced to confront the contradictions that exist in their own dictionary of words that they use daily in comparison to their counterparts.

The show revolves around three truly American melodies: “The Star-Spangled Banner,” “Dixie” and “Auld Lang Syne.” Each song shares the similarity that, over time, the lyrics have changed in response to changing political needs, while the musical rhythm has remained unchanged. As cliché as it sounds, the primary text of the exhibition forces the viewer to truly read between the lines. 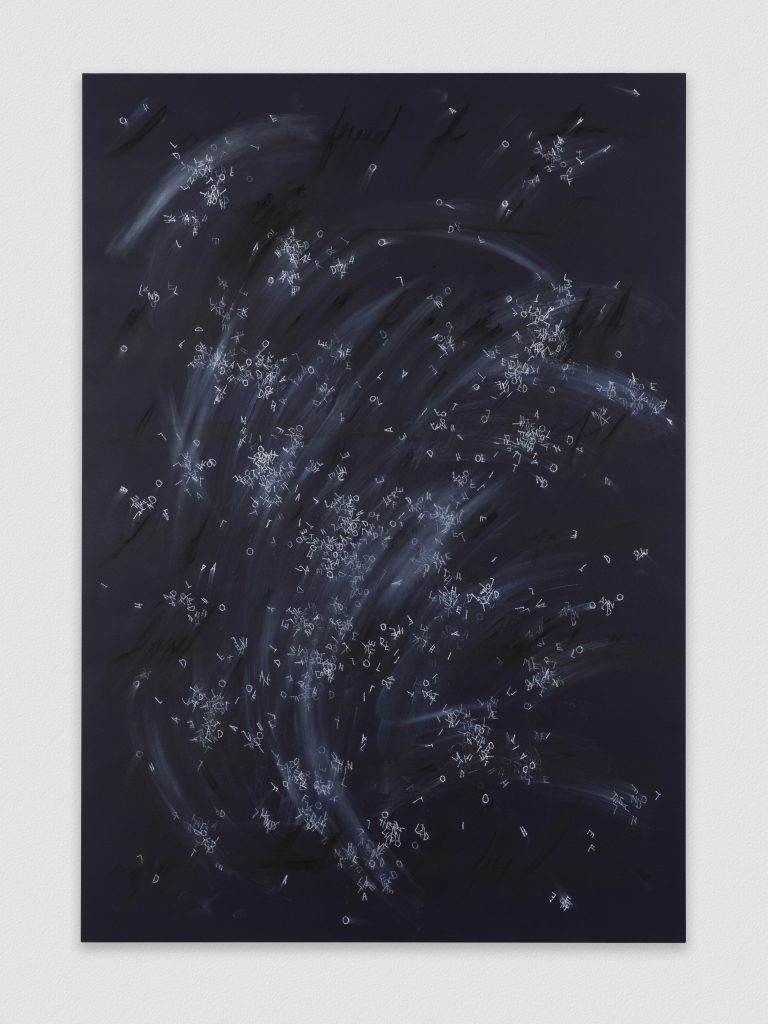 Collins proposes a challenge to viewers, in how they approach their own language and in understanding the power behind each word and the weight they carry. In The Star Spangled Banner series, the viewer is confronted with a very American element, our national anthem; the consistency in the musical notes contradicts the changing lyrics and questions our values as to what is American. Each piece in this series is charcoal and acrylic on panel. The pieces highlight phrases from versions of the song, such as “land of the freed,” “land of the brave” and “land of the slaves,” which speak to different understandings of America.

There is also a spatial element to these works. The staggering of the letters on the panels make you rethink where you stand in the lyrical narrative. Collins specifically picks out versions of “The Star-Spangled Banner” that contradict one another, but so eloquently describe that gray area of what this land is for. If you walk into this exhibition looking for a black-and-white view of art you will be pleasantly surprised. As you experience “Cadence,” you may think about your own cadence and the different inflections you place on words at different moments. How do you understand freedom or bravery in the context of America? Is it a straightforward concept? In a time where we see statues being taken down, the land of America is changing in a useful sense. But also as we look back at how America has been described to the viewer, one has to confront what that means for us as Americans occupying this space.

As you walk through “Cadence,” and you take in the object-based works you may feel like you possess a sense of power—you can tangibly see and control your interaction in some capacity, but Collins is activating the sense of ourselves that we usually associate with our sight. The artist asks the viewer to consider language, and how intention and understanding can change within a single word. (Caira Moreira-Brown)

“Bethany Collins: Cadence” is on view at Patron, 1612 West Chicago, through April 16.