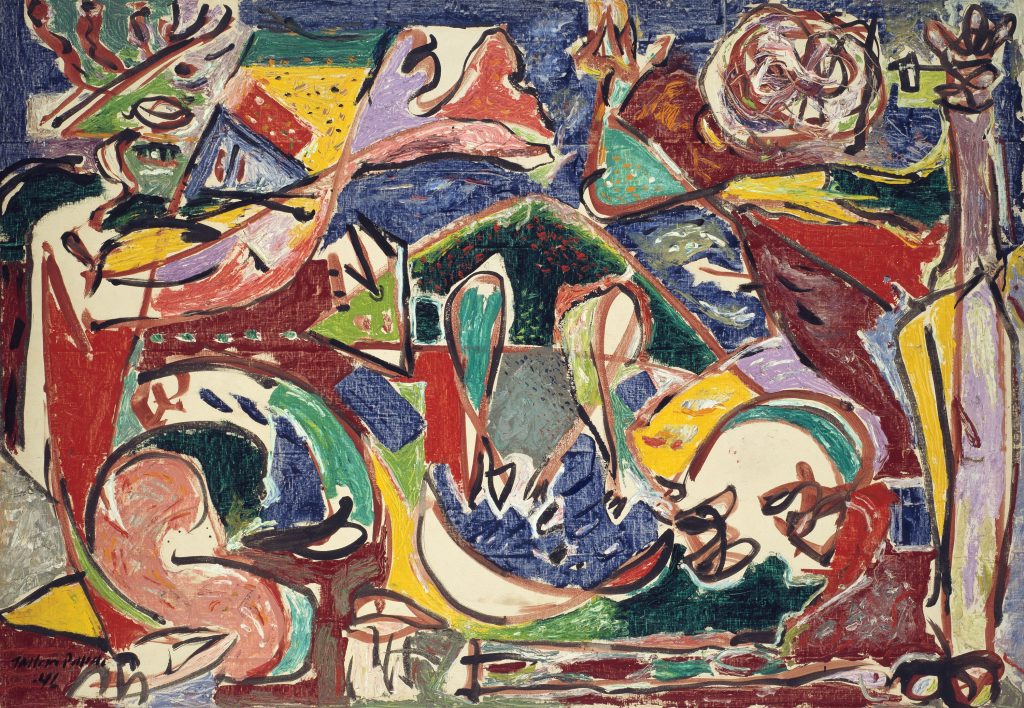 The pandemic, the polarization, the lies.

The dead Black kids, the Brown ones, dead cops.

The dashed hopes and broken hearts—all of it refreshed on the hour by the lonely light of an iPhone’s Super Retina display.

I’d like to leave. To go back to some perfectly imaginary place and stay there forever. But the closest I’ll get to a time machine is probably coffee at Wormhole. So amidst the noise, I seek constants. That is art’s greatest gift.

A well-proportioned sculpture does not add to the chaotic flux of life. It arrests it, stops it in its tracks. Art creates the necessary illusion, however temporary, that there is something fixed, stable and permanent in our lives and meaningful about our existence. A 2000-year-old statue speaks quietly and without ostentation. While frenetically swirling immersive experiences scream convulsive 4K volumes at fifty bucks a pop, a painting whispers its stillness.

Contemporary art is the bulk of my aesthetic diet. But I turn to the Art Institute of Chicago in search of tranquility. On a quiet morning, or Friday afternoon, particular works offer me the kind of solace that only true believers (if there are any left) receive when they attend Sunday mass. For me, the gallery is a sacred space and one painting in particular, Jackson Pollock’s pastoral, 1946 vision of East Hampton serenity, “The Key,” has been nothing short of a mental life raft.

Curiously hung near the exit of the European Modern galleries, “The Key” is the cumulative visual statement from an unprecedentedly calm and productive period in Pollock’s life. Composed—like the present day—against a historical backdrop of perceptually destabilizing chaos, the soothing, surreal arcadia that Pollock brings into view stands in stark contrast to the dangerous viral pathogens, decade-long economic depression and global conflict of his time.

The picture is simple in composition and execution. At fifty-nine-by-eighty-two inches, it’s fair to say that the “The Key” is large, but modest by the standards of Pollock’s later work. Unlike the cavernous grays and turgid, overwrought surfaces that characterized his urban paintings of the previous few years, “The Key” is filled with clear, bright colors mostly unmixed on the canvas support. For the first time, the painter’s work emanates light, rather than devour it.

Beginning with a round of free-associative improvisation, Pollock laid out the rudiments of the painting calligraphically. Long, looping brushstrokes of burnt sienna define the picture’s surface, giving the sparest suggestion of a central landscape occupied by two figures. Picasso-like in their appearance, these figures—maybe a man and a woman—anchor the edges of the painting. Grasping toward one another with abstract arms outstretched, they never quite touch. The total effect is rhythmic, playful and hued with Matisse-like joy.

When we think of Pollock, it’s his infamous poured compositions that typically spring to mind. But “The Key” is old school. The clear violets, warm, earthy reds and cool teal greens are applied traditionally with brushes and a palette knife. In fact, if you look carefully, you can see a horizontal bands straddling the width of the painting. Evenly spaced at about six inches apart, they’re impressions created by the floorboards upon which “The Key” was painted—materializing as the palette knife scraped the canvas above them.

It’s difficult to know how much the calamitous events of his time affected Pollock. Even absent the threat of economic hardship or atomic destruction, the painter was a troubled soul who probably had few genuinely happy moments. So the chromatic bliss that radiates from “The Key” is truly special. Amid historic social and political upheaval, battles with personal demons and deep-seated traumas, Pollock composes an oil-on-canvas antidote to the turmoil. The painting is a sunny forever-Eden that is the antithesis of the dark world around and within him.

Art is palliative: for the maker as much as the viewer. It can show us what we already know about the present, or it can point us toward alternative realities. Unlike the constant crises and confusion of 2001- ?, there is no discord in “The Key.”  No sickness, no social strife. The cobalt blue sky is always clear, the grass verdant green. Nothing changes, grows old or dies. Absent a flux capacitor and souped-up DeLorean, we cannot escape the tragedies we have created. Neither can we ignore them or wish them away. But in art there is peace and permanence, if only for a little while. Jackson Pollock’s “The Key” is a view onto paradise, it is a window onto heaven. (Alan Pocaro)