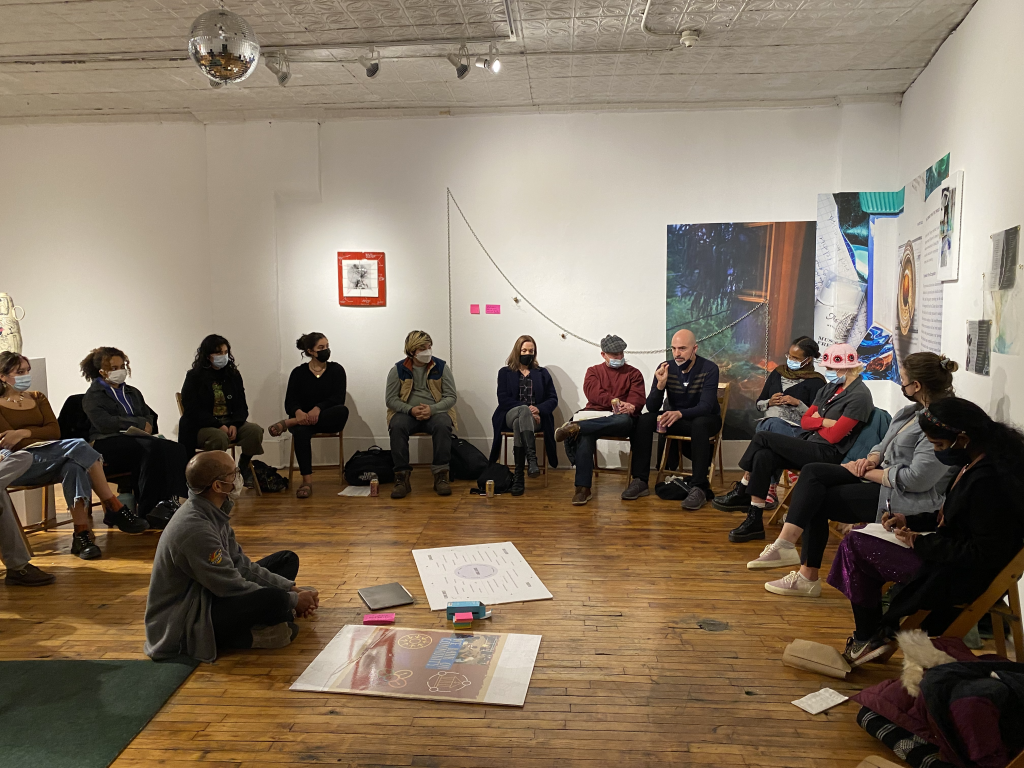 In the eighties and nineties, Wicker Park was a mecca for the young and creative-minded. Musical acts like Smashing Pumpkins and Liz Phair famously got their start in the neighborhood, which boasted cutting-edge venues like Hothouse and Double Door, the zine shop Quimby’s and beloved small businesses like Myopic Books and the long-gone Urbus Orbis. It was also home to countless DIY galleries and artists studios, many in the centrally located Flat Iron Building, now owned by Berger Realty Group. They were undoubtedly drawn to the neighborhood for its convenient proximity to downtown and to mass transit, but also by the then-affordable rents.

Heaven Gallery is one of the organizations that got its start in the Flat Iron, opening in 1997. Founder David Dobie moved the gallery to its current location, at 1550 North Milwaukee, in 2000. It’s one of the last neighborhood art spaces; the gallery LVL3 is upstairs. In the early 2000s, the building was also home to Cinema Borealis, which left the building in 2020, and the first incarnation of Buddy, an artist-run cultural space helmed by Ed Marszewski, which has a new iteration in the Chicago Cultural Center. There was a large rooftop area in view of passing Blue Line trains that connected the two spaces, the site of parties, performances and fashion shows.

It was at this time that Alma Wieser, now the director of Heaven, was first acquainted with the area. “Actually the first time I came into this building was through Buddy,” she says, noting how fun the neighborhood was then. “I don’t know what it was about the nineties. It was cool.” 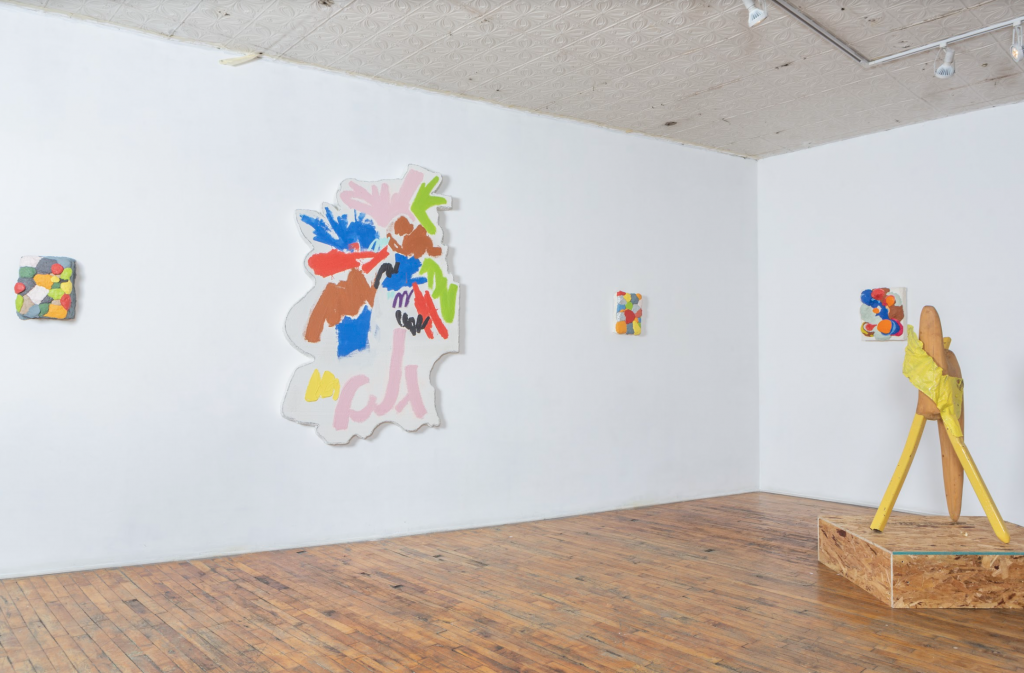 Wieser, who is married to Dobie, came on board at Heaven in the 2000s and worked to revitalize its structure. Using her background in fashion design, she incorporated a small, curated vintage shop into the space, using those sales to help fund gallery operations. Today Heaven offers a sturdy roster of programming, including artist talks, performances and DJ sets, and stages around a dozen exhibitions per year, juried by its board.

Wieser says the innovative retail model has widened the range of visitors to the gallery, as younger millennials are drawn in by the vintage selection. “They come in and then they start wandering in the gallery and then we’re having these really deep cultural conversations,” she says. “It’s really widened our audience as well as made us sustainable.”

Sustainability is a core component of Heaven’s model, as is equity. Gender parity among exhibiting artists happened naturally; Wieser says about seventy percent are women. About six years ago, the gallery also adopted a racial equity mandate, where both the board and the participating artists would be at least sixty percent ALAANA (African, Latinx, Asian, Arab and Native American). 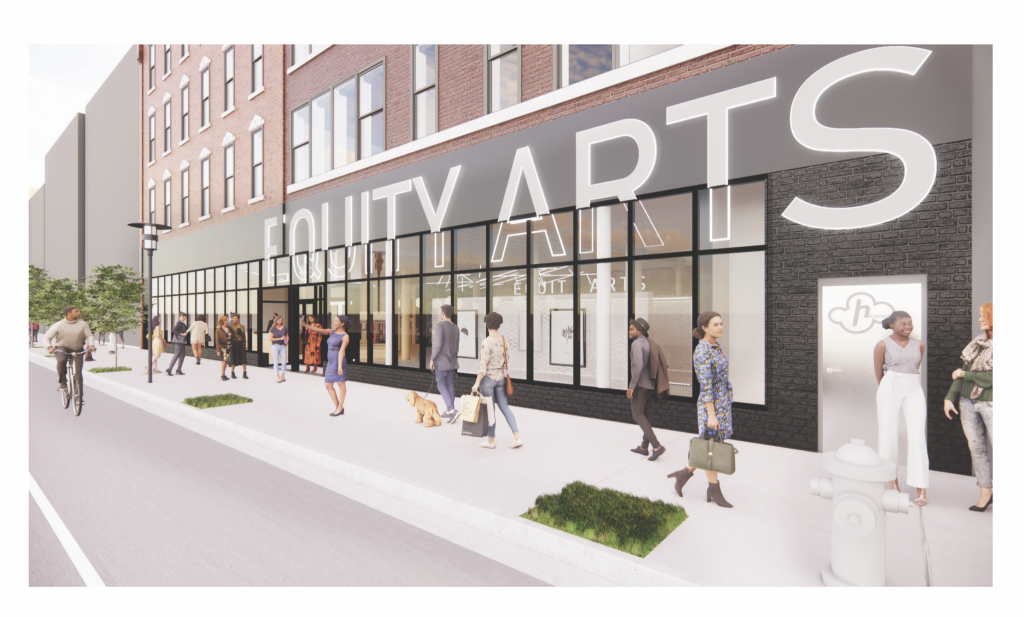 Wieser is now carrying these values into a much larger undertaking: Equity Arts. The project aims to buy the building Heaven is in and preserve it as an affordable arts hub in Wicker Park, using a hundred-year deed restriction.

The venture is about four years in the making. “I started walking around the neighborhood and talking to people and asking them if they would want to come to a community meeting about our plan to develop this building,” Wieser says. Most people were receptive to the idea; there are now two advisory committees working on the project. “I think a lot of the people who’ve lived here a long time, they do miss the artists. That’s one of the tragedies of gentrification, how it just erases people and narratives, and stories and the richness of Chicago.”

Equity Arts is embarking on a capital campaign to raise $5 million. The vision for the building is to house artist studios or art organizations in the six upstairs lofts, with a rooftop greenspace and two anchor businesses, such as a retail space and a venue, on the ground floor. It will also offer an entrepreneurial incubator on the first floor. Eric Williams, who runs the Silver Room, and Ed Marszewski have signed letters of intent. The fundraising campaign functions as an investment opportunity, as the organization is offering a promissory note to potential investors that is interest-bearing; interested parties can inquire at Heaven.

The racial equity mandate will apply to future tenants, staff and the board. “We really think of the racial equity policy as part of the DNA of the organization,” Wieser says. In addition to advancing racial equity, the other mission is anti-displacement to the arts. “This is something that I feel very deeply about. This place is very important to me, it holds so many memories for me and for this neighborhood.”

If Equity Arts is able to acquire the building, which is owned by Ken Lubinski, it will be placed in a perpetual purpose trust. According to the Equity Arts website, the trust “will protect the creative and public use of the historic arts building, which will remain a community controlled asset in perpetuity” and will protect it from any future sale. The building is listed for sale online, though no price is specified. 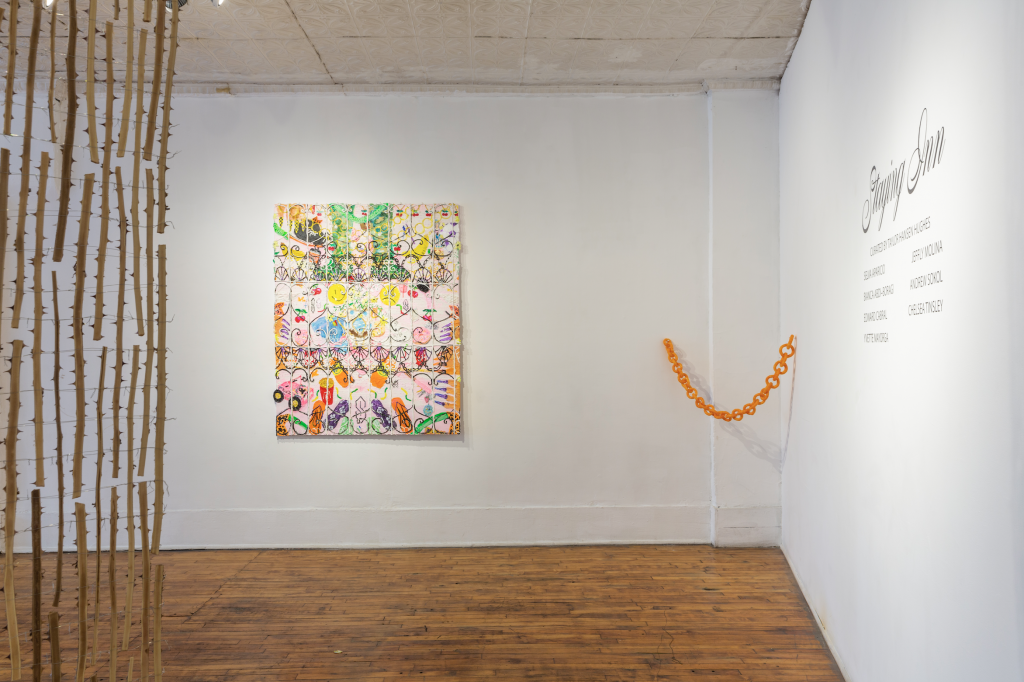 Wieser is well aware of the relationship between artists and gentrification, which is part of the reason she feels so strongly about keeping Heaven Gallery in Wicker Park. “We don’t want to keep moving around because we know that wherever we go, our presence will become weaponized against the working class,” she says. “Fundamentally that’s what this project is also about: How do you stop the cycle of inequity? We are thinking largely about the future: How can you create something that is protected and meaningful and holistic and multi-generational?”

The hope is for Equity Arts to serve as a sort of portal into the artistic community it once was. “I can’t fix the whole world,” Wieser says, “but I can take one little place and create this utopia there.” (Kerry Cardoza)

To learn more about Equity Arts, or make a donation, visit equityarts.org/donate.