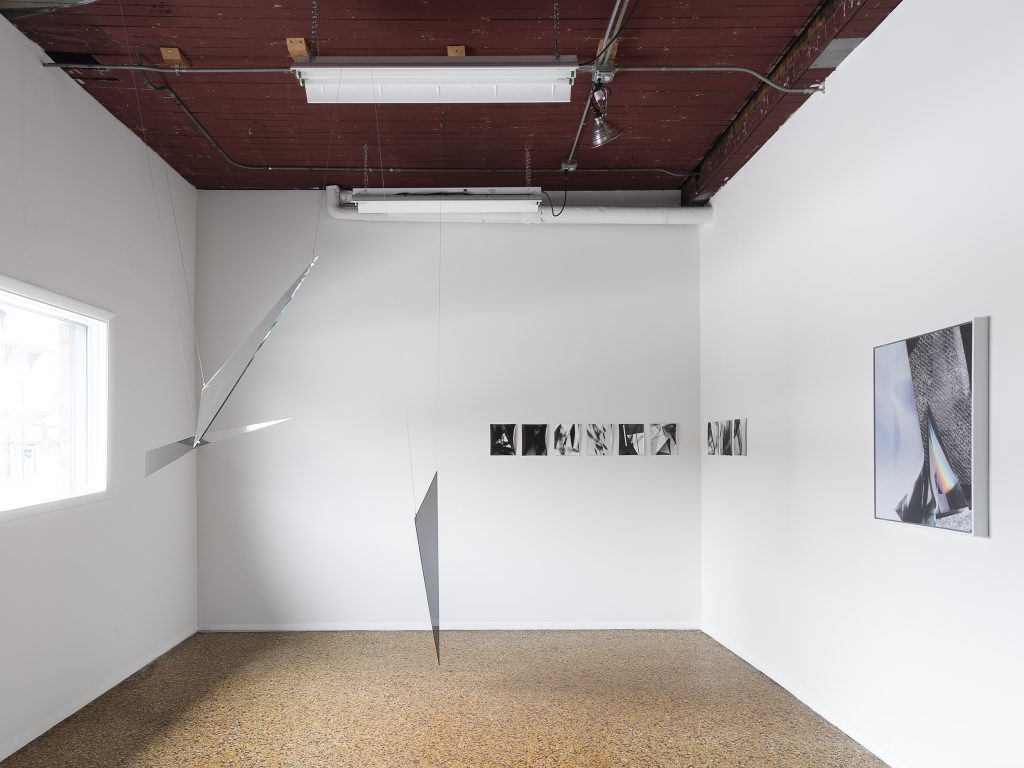 Sonja Thomsen takes light itself as her medium. Using sculpture, video, installation and photography, the artist encourages viewers to find wonder in the everyday magic of light and space. Her recent exhibition at 062, “By her own movement,” as well as her artist book, “you will find it where it is: a reader,” use science, personal history and the forgotten contributions of historical women as starting points for envisioning a more feminist future. Based in Milwaukee, Thomsen is an assistant professor of photography at the School of the Art Institute of Chicago. She spoke with Newcity about working with language, taking risks and a beguiling mathematical curve.

Your background is in both photography and biology. What prompted those interests?

Yes, as an undergrad, biology was really my jam. I thought I’d end up being a high school science teacher. It’s that whole thing of like, what’s the real job, can you be bold enough to imagine yourself as an artist? But science has always been a real grounding compass for me and thinking about embracing different ways of being curious about the world.

I lived in the darkroom in high school, and the chemistry room and the darkroom felt very close. There’s different civilian scientists in my family, people who are curious about different scales of nature. So that’s always been open to me. But I think science and art are both grounded in trying to understand our place and our scale within the world. Science didn’t seem as creative, art felt like a space that you could really just make up your own rules and could move in and outside of logic. 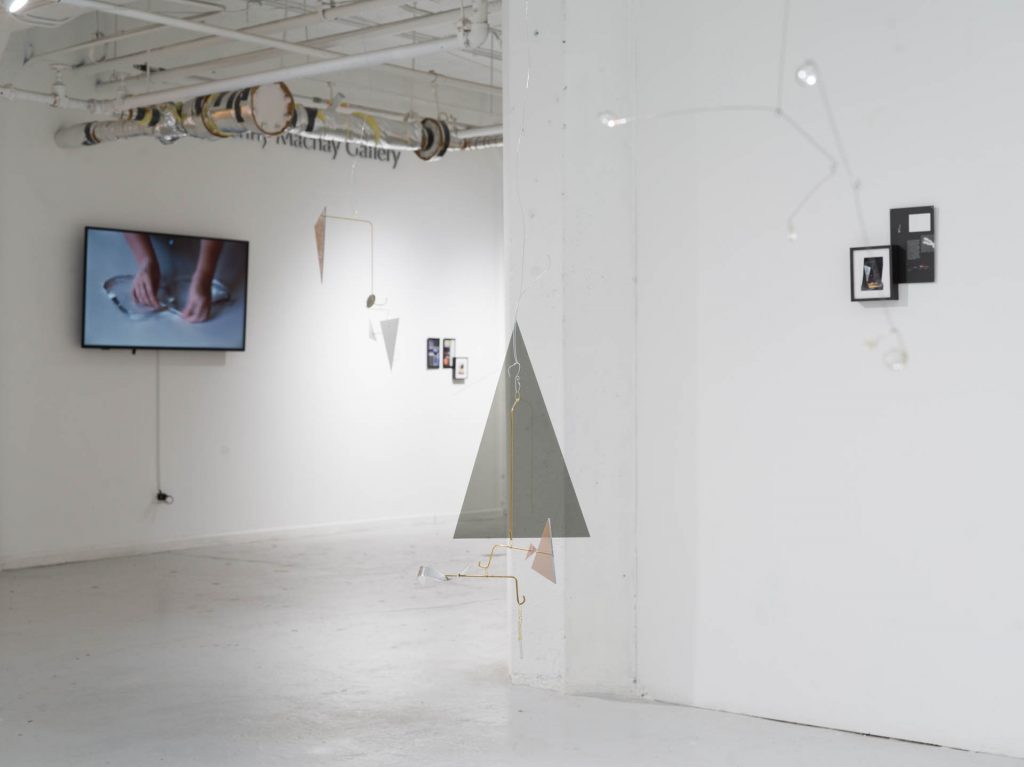 That’s something that’s been evolving since, I’d say 2012. It’s the way I’ve always imagined in my head how the work would be. I’ve always been thinking about photographs in relationship to architecture and space. I received a Mary Nohl fellowship for established artists in 2011. It was right after I had my first son. Getting that money was substantial enough that I took risks, and I imagined working in larger scales. I’ve allowed myself to keep envisioning bigger and bolder things. I’ve come to understand that my practice is really about responding to a body in space and the way we move through that space, the way light activates that space. Allowing myself to respond to the work and to respond to the place is, it’s magic, really. Someone who works with photography, we’re always thinking about how to control light. I’ve come to understand that light is a material that I’m collaborating with. The light held within the image and the light activated in the space is something I’m trying to negotiate.

That show that you saw in Chicago, the next iteration is going to be in Verona, Italy, this summer, and I’m having a really hard time because I haven’t physically been in that space. But it’s an exciting new kind of horizon for me to move through.

A while back you sent me some of these online conversations you had related to your show at The Suburban and in one of them you mentioned how 2015 was really important to your practice. You had this moment where you’re interrogating why you were focusing on male creatives. Can you talk about that?

It’s twofold. That year was big for me. I had a solo show at the DePaul Museum, and it was the first opportunity with that “Glowing Wavelengths in Between” work to see a lot of the gestures occupy one space, and I did a lot of walkthroughs with friends and curators, and I just listened to myself. Sometimes I would record them. I was pregnant with my second son when that show opened, and he was born a week after it opened. And so I was having these conversations, but I’m very sleep-deprived. I’m trying to be present, but I know I’m not fully, so I was recording them to maybe hear them when I had more space. And I just heard myself mentioning, you know, László Moholy-Nagy and Buckminster Fuller. I wanted to start pivoting to who were the women that were mistranslated or written out of the narrative. So Lucia’s relationship to László was like the first thing because she wrote an essay and she corrects the way art history wrote her out of their collaboration. That was really incredibly inspiring for me.

The other thing that happened in 2015 that I’m starting to talk about more, and it’s definitely held in the book and in the show that you saw, is I lost my brother really traumatically. We didn’t know he had a genetic heart disorder. He died at twenty-seven like six months after that show opened. So my whole world shifted in these massive ways between a pretty exciting solo show where I could see all these things in relation, a new life in my family and then this kind of traumatic loss. So the book holds me trying to reconnect to who I was in that spring of 2015. Then what I found is I was circling back to that work and those references and instead of landing on these Western canon icons, I was circling them and locating different matriarchs and seeing my mother completely changed, losing her son, having my two sons, like matriarchal lineage and generational history became very personal but pretty political in terms of positioning of my practice. 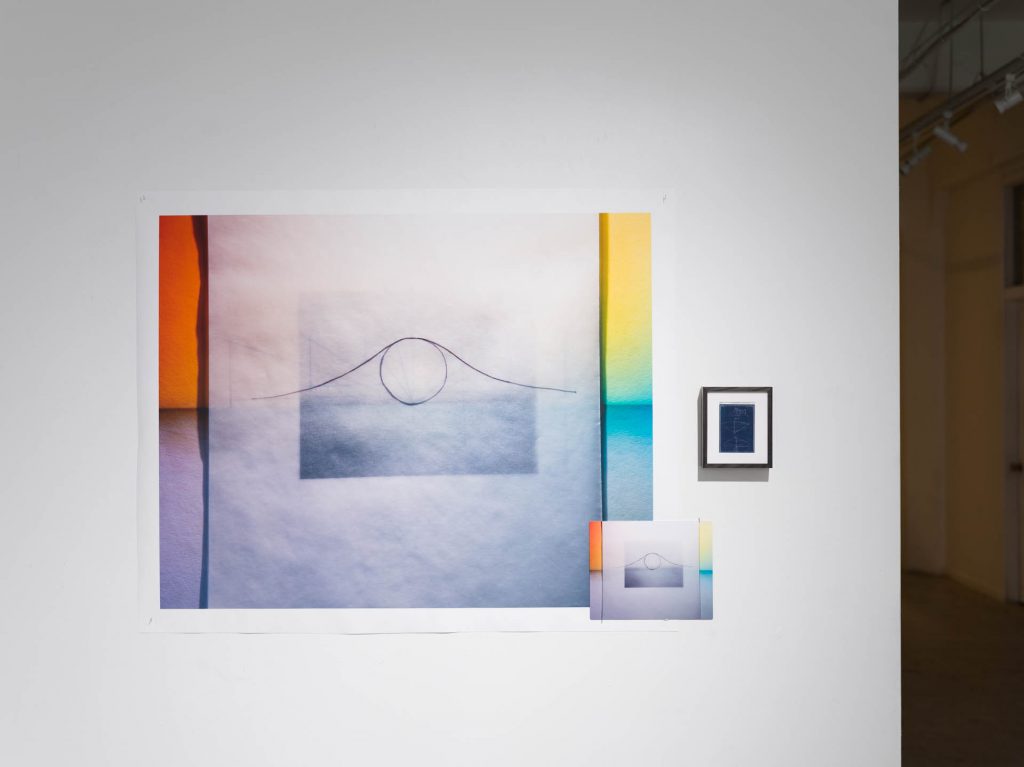 That relates to my next question. You recently put out this beautiful book, “you will find it where it is: a reader,” that builds around these three women partially: Margaret Fuller, Lucia Moholy and Maria Nordman. Their work is very different and it spans many centuries. Can you talk a little bit about what you see as the through line or what drew you to them?

The first thing to think about is who was I presented with within a canon. So around Buckminster Fuller, I found Margaret Fuller. Then I realized that she wrote one of the first feminist texts, and I was fascinated with her whole life story. She lived this very complex life, she had a life of the mind. She was one of the few women in the intellectual [Transcendentalist] circle in New England and was an editor. But then she went to Italy and had this journalism career but also fell in love with a man and had a child. She had this experience like she literally couldn’t embody her intellectual life and her corporeal life in the same geography. Maria Popova came out with a book called “Figuring,” which has a similar way it’s organized, although she’s circling around different unwritten queer and feminist histories in all these different women. That’s a great book. Then Lucia, I was moved by her boldness. And all of them sit in language. All of them wrote themselves into space. Maria Nordman I actually found in trying to look for women considered to be part of Light and Space movement. She does not identify as a Light and Space artist. She finds that a miscategorization. That’s an art historical error. So me placing her there—but that’s how I found her. I was like, how do I move around James Turrell? Her artists books are phenomenal and she uses language almost like concrete poetry. These works are really generous. They’re essentially invitations to experiences grounded in light and a very specific architecture. But yes, she’s a conceptual artist, a sculptor.

I have the three women and then these three different centuries and I was thinking about how they use language, and then what does it mean for me to want to make a book? The book that I was making had no words and it was all images. Once I started working with my editor, Christina Labey, she was like, we need to actually maybe add a little bit of text to cue people in to the scales in which you’re thinking. The whole book is really about me trying to hold something, hold on to that grief space, hold on to who I was. Move forward, but also hold space for a lot of questions that I have, that I want to revisit.

The other thing that was amazing when I was looking at Margaret Fuller is she actually became known and got her own authority as a writer by translating Goethe. So these ways in which women translating men, makes space for other women, for other people. My grandfather was a theologian, he was a missionary for a while. My grandmother, since the age of sixteen, was by his side, she typed his dissertation on a typewriter for him multiple times. She didn’t finish college because they started a family. She’s ninety-one, she’s so smart and witty. There’s this personal narrative about different compromises that these incredible women have made around me and I don’t think they would change anything. But it’s just the ways in which care and support become invisible. And I think that that narrative in Lucia and László’s story is really interesting. 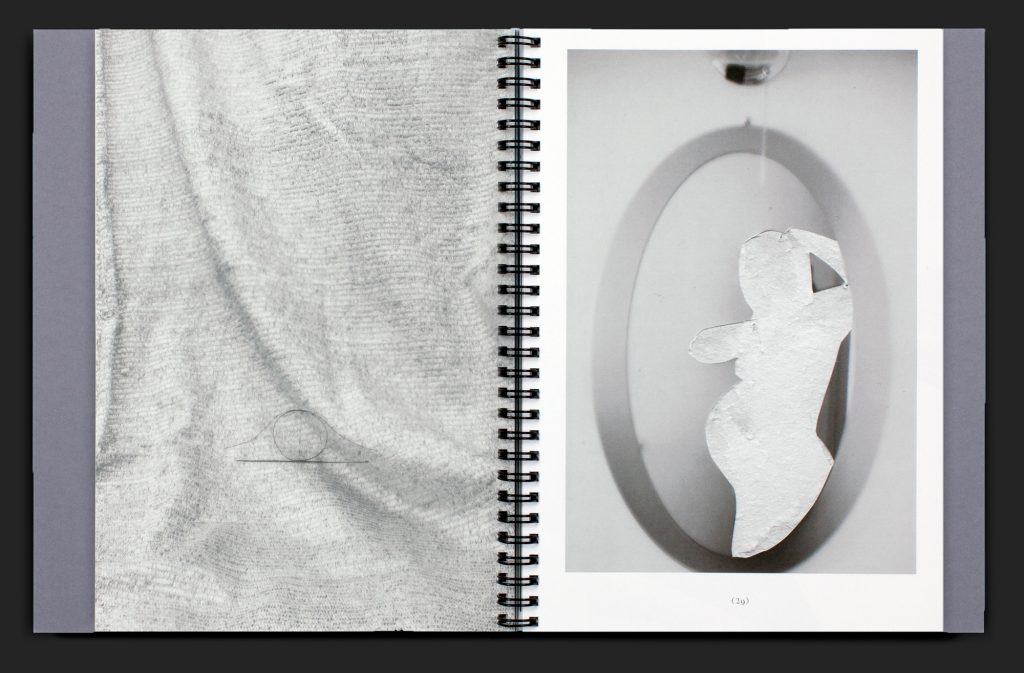 From Sonja Thomsen, “you will find it where it is: a reader”/Photo: Christina Label

I really love those connections. It reminded me of “Heroines” by Kate Zambreno, which is incredible. In your book, and also in your show at 062, there’s this recurring mathematical curve. Can you talk a little bit about this curve and the story behind it?

That’s the curve of Maria Agnesi, which was mistranslated in the 1800s as the witch of Agnesi, she was an Italian master mathematician. She wrote the first calculus book published by a woman. The pope appointed her to be a professor. I don’t think she ever started teaching. But that shape and that curve came into my life through a very simple math dictionary. I made this very geometric, fragmented sculpture, with the money from the Mary Nohl fund. And my work pivoted dramatically in thinking about geometry and how little I remembered from high school math. So I started scouring math books and dictionaries. When I first saw the drawing in the dictionary, I was stunned with how it looks like an eye or oculus, and also how it looks like a womb. In the book, it plays multiple roles. The shape is also something that I’ve become just a little bit obsessed with. I’ve been drawing it a lot and painting it a lot. I turned it into the mobile that you saw in the show, where that circle becomes actually this like spiral or one part of a helix. It’s starting to create its own mythology in my practice, because I’m thinking about that circle as a mass and that line being persistent, kind of moving around the circle in the narrative of these women and needing to look around them. I’m thinking about these women curving around the orbits of these iconic male art historical figures, but there’s also this protective curve.

The space in Verona, the architecture, they have this amazing curve on a doorway that goes downstairs. And so when I was invited by them to propose something for the show and wanted to figure out who was the gravitational center from the book, which matriarch was I going to orbit around for that show? Agnesi’s from Milan, not too far from Verona, she’s Italian, this curve happened in their space and then the gallery is Fonderia 20.9. And they’re right next to this old foundry of bells. I’m probably making some kind of extended self portrait with that. I’m not sure yet.