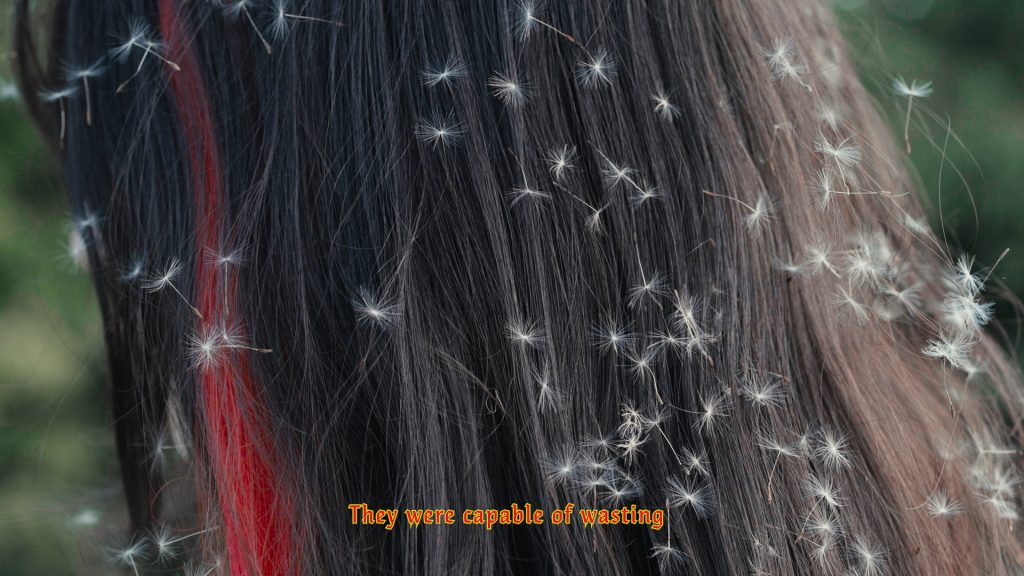 Diane Severin Nguyen, “If Revolution Is A Sickness” (still), 2021/Image: courtesy of the artist and Bureau, New York

For “If Revolution is a Sickness,” Diane Severin Nguyen’s first one-person museum show, on view at The Renaissance Society, the artist has transformed the cavernous space into a curtained theater. Visitors enter through a backstage in which four eerie photographs line the walls. The abstract photographs feature sculptural objects Nguyen creates out of a combination of natural and synthetic material. Pulling aside the backstage curtain, visitors enter the “theater” for the main event, a newly commissioned nineteen-minute video.

The video is set in Warsaw, Poland, something we learn from the gallery notes rather than the video itself, whose location seems intentionally vague. The narrative loosely depicts the coming-of-age of a young Vietnamese girl addressed in the film as Weronika. Shot mostly with a stationary camera, Nguyen captures Weronika engaged in a variety of actions: listening to music through headphones, wandering through a deserted landscape and dancing in an abandoned building. A male voiceover feels detached from the action on-screen and addresses her with vague talk of revolution, isolation and the collective. Halfway through, the video makes a transition: the setting remains the same but Weronika is older and her first-person narration replaces that of the unnamed man. The language shifts, too. Instead of abstracted commentary, Weronika expresses a nuanced range of anxieties. She shifts between existential musings like “I wonder what my two natures have in common besides memory,” and the more banal, such as “Do they really think I’m cute or just different?” 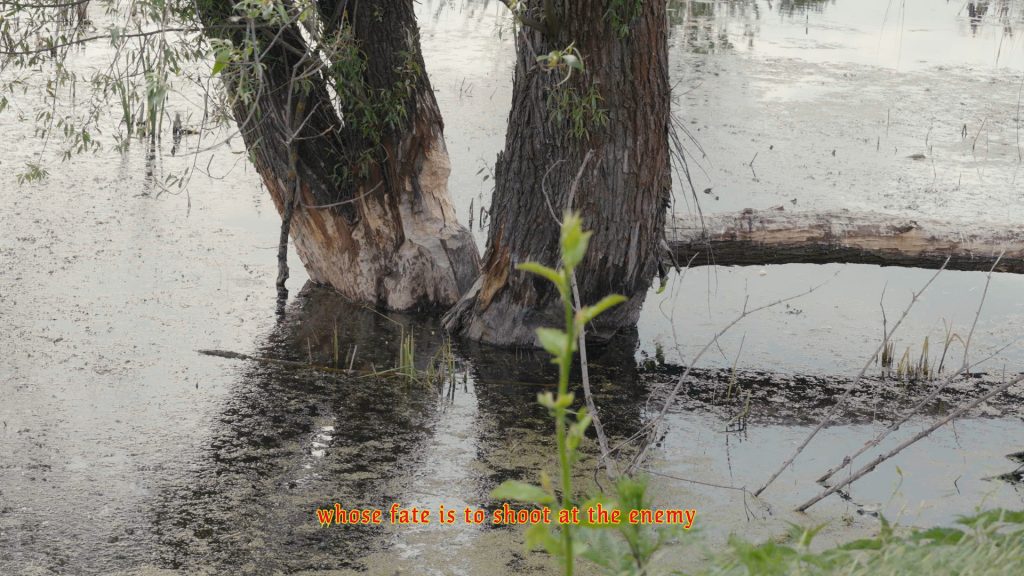 Diane Severin Nguyen, “If Revolution Is A Sickness” (still), 2021/Image: courtesy of the artist and Bureau, New York

As with most gallery displays of time-based art, the odds are good that visitors will enter in the middle rather than at the beginning of the video. Despite the presence of a loose narrative, Nguyen’s aesthetic of rapid cuts and visual hooks emerge as one of the primary drivers of the film’s affective power. Wide shots of landscapes and abandoned urban structures overgrown with foliage, sheet music, fire and dance recur. More powerful even than the visuals is the score, co-written by Nguyen. The video begins with a melancholy solo piano melody which evolves into a more complex harmony of acoustic instruments, before moving abruptly to bombastic electronic sound in the video’s second half. The rapid-paced aesthetic of cuts and dissolves in music videos is present throughout, but in the last several minutes it takes over entirely as the film fully transforms into a K-pop-style music video, complete with choreographed dancing and lip-synced vocals.

The video is also infused with Soviet imagery: heroic statues, red and yellow clothing and props and brutalist concrete architecture. But the propagandistic language and symbols have been re-coded and re-contextualized amidst the video’s pop aesthetic. The group of young people Weronika finds herself surrounded by in the film’s second half read music, not text. They take up headphones, microphones and dancing instead of tracts and weapons. Rather than Weronika’s indoctrination into a revolution of fists and speeches, she is absorbed into a group of singing and dancing K-pop artists.

Central to Nguyen’s work is “the question of how the self takes form in relationship to media.” One can assimilate or rebel but, as the film ambiguously argues, more often one will have to do a little of both. A curatorial note describes Weronika as an orphaned Vietnamese child who has immigrated to Poland, adding an additional set of stakes and layers of history to the protagonist’s search to find meaning and identity.

Nguyen’s abstract, sometimes surreal depiction of a young girl’s journey through music and dance, set amidst the often stark landscape of post-Cold War Poland, challenges the suspicion which plagues the relationship between propaganda and identity. The film’s sonic and visual juxtapositions encourage a reconsideration of the intimate and meaningful ways in which people build personalities and collectives out of conflicting messages and trauma. (Jennifer Smart)

“If Revolution is a Sickness” is on view at Renaissance Society, 5811 South Ellis, through June 19.