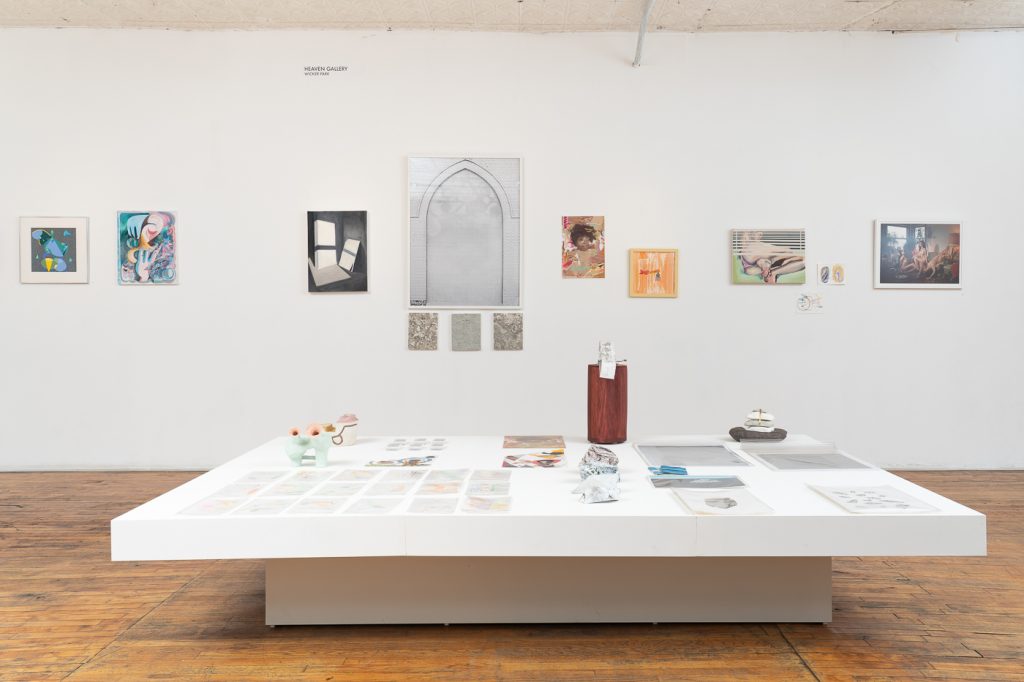 Heaven Gallery is on a mission to reestablish Wicker Park as an arts hub, by fighting arts displacement and gentrification through their new umbrella organization, Equity Arts. Nubes Art Fair, which opens Friday, July 15, is Heaven’s latest effort to shake up the business-as-usual art world and uplift the work of Chicago’s BIPOC-led arts organizations.

“The idea is to have this wide range of art styles that are happening all over the city and thinking about BIPOC leadership and really elevating that in saying: this is the future,” says Alma Wieser, Heaven’s director. Nubes will feature booths from over a dozen curators and art organizations across the city, including The Silver Room, The Franklin and Rupture. The art library and research project Chuquimarca will install a library for the fair, which runs through August 28.

In keeping with Heaven’s mission of accessibility, organizations are encouraged to feature artworks and wares that fit a variety of budgets. “People feel very priced out of art collecting because it’s just so expensive,” Wieser says. But it doesn’t have to be—multiples, prints or art objects, from postcards to tea towels, are among the fair’s affordable items.

The opening night will feature DJ sets by James Vincent and Blesstonio, and there will also be two talks throughout the fair’s run: on curating outside the white cube and arts sustainability under an equity lens.

Nubes is the third art fair organized by Heaven Gallery, each with its own focus. Unlike most art fairs, there is no application fee, which can be prohibitive for smaller galleries, and organizations do not have to staff their booths. But Wieser is thinking up ways to be even more accessible in the future, perhaps even paying people to participate.

“It’s really about showing the economic power that the arts has and has never really fully tapped,” Wieser says of Nubes. “We were just like, we’re going to throw an art fair because the arts are so resourceful; we can just do anything off of like a miniature budget, just showing people how much power we have that everywhere we go turns to gold. I think that that’s a really important point to be making right now. We’re really kind of trying to reverse that narrative, of what is scarcity.” (Kerry Cardoza)