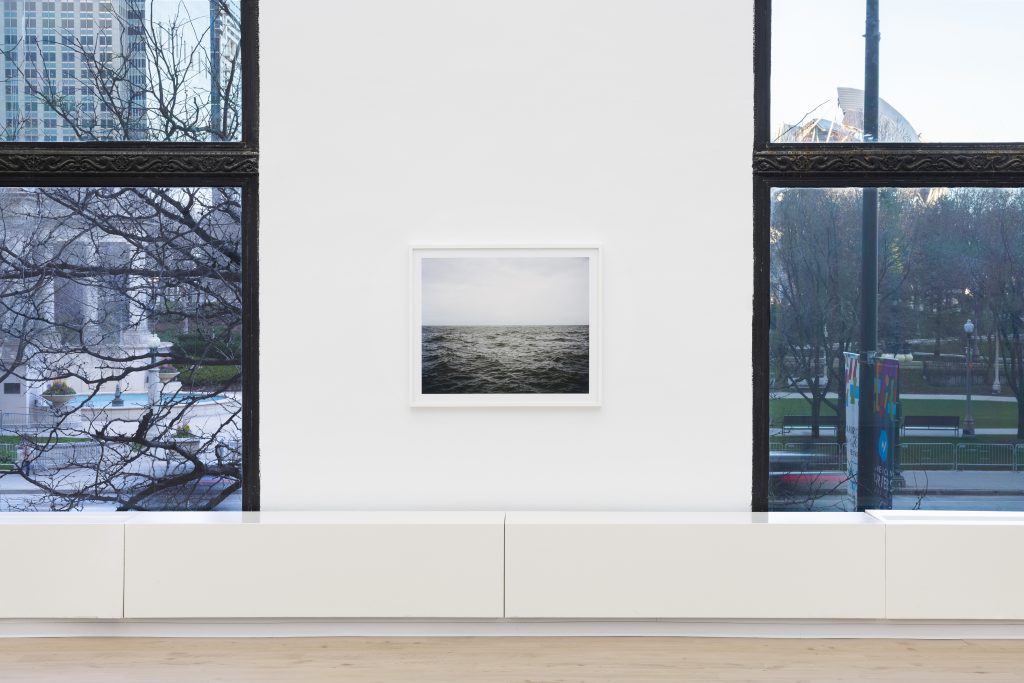 Chicago photographer Jin Lee works slowly and attentively. She often spends years on a project, tracking a particular site or subject through subtle everyday transformations. For Lee, photographing is a way of seeing, of paying attention, of understanding an environment, both natural and built.

“That’s been one of the central themes of my practice: ongoing, repeating, really long-term, sustained study of a place and materials and subject matter,” she says. “There’s a sense that you never see the same thing twice.”

In “Jin Lee: Views and Scenes,” her tranquil, captivating solo exhibition on view at the Chicago Cultural Center, four of the artist’s long-term series are on display. Three of the series were taken with a medium-format camera: one depicts Lake Michigan, as seen from a single vantage point on the city’s South Side, another is of the city’s supply of road salt and the third is of wild plants growing in random urban patches. The fourth series features digital photographs, which Lee took from the Amtrak between Chicago and Bloomington-Normal. 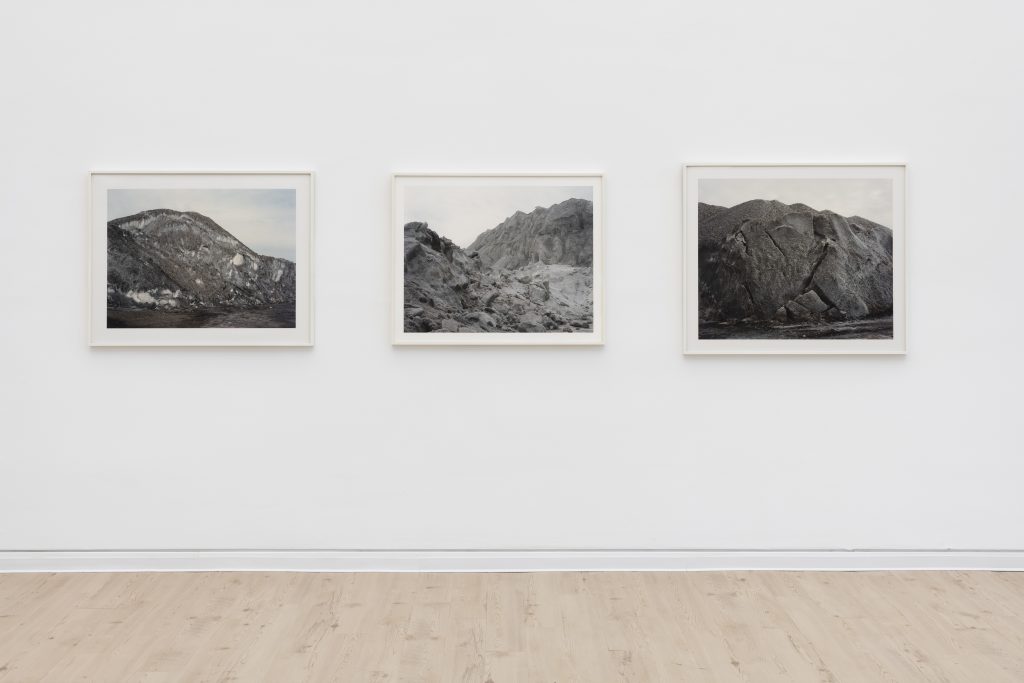 Upon entering the second-floor gallery, where Lee’s work takes up three rooms, the salt mountains are some of the first images you see. In Lee’s rendering, the mounds are monumental; anything that might offer a sense of scale is omitted. They appear as big as actual mountains, sometimes craggy and dirty, other times unfamiliar, lunar even. The “Salt Mountains” series is the only one here that isn’t ongoing. The city put a plastic dome over the supply a few years ago, so Lee can no longer track it, though it’s located near the artist’s studio.

Lee’s work tends to develop out of her everyday routines and activities. “Train Views” grew out of the artist’s weekly commute to Illinois State University, where she has taught art since 1996. “It’s a fixed scenery,” she says. “That type of limitation, it’s really interesting for me as a photographer, because then it helps me see more.”

Working on “Train Views,” which includes voyeuristic moving images taken out the train’s window—of vast farmland, cemeteries, the backs of houses—as well as images of fellow passengers or shots from books the artist is reading, helped Lee make sense of the state’s environment outside of Chicago. 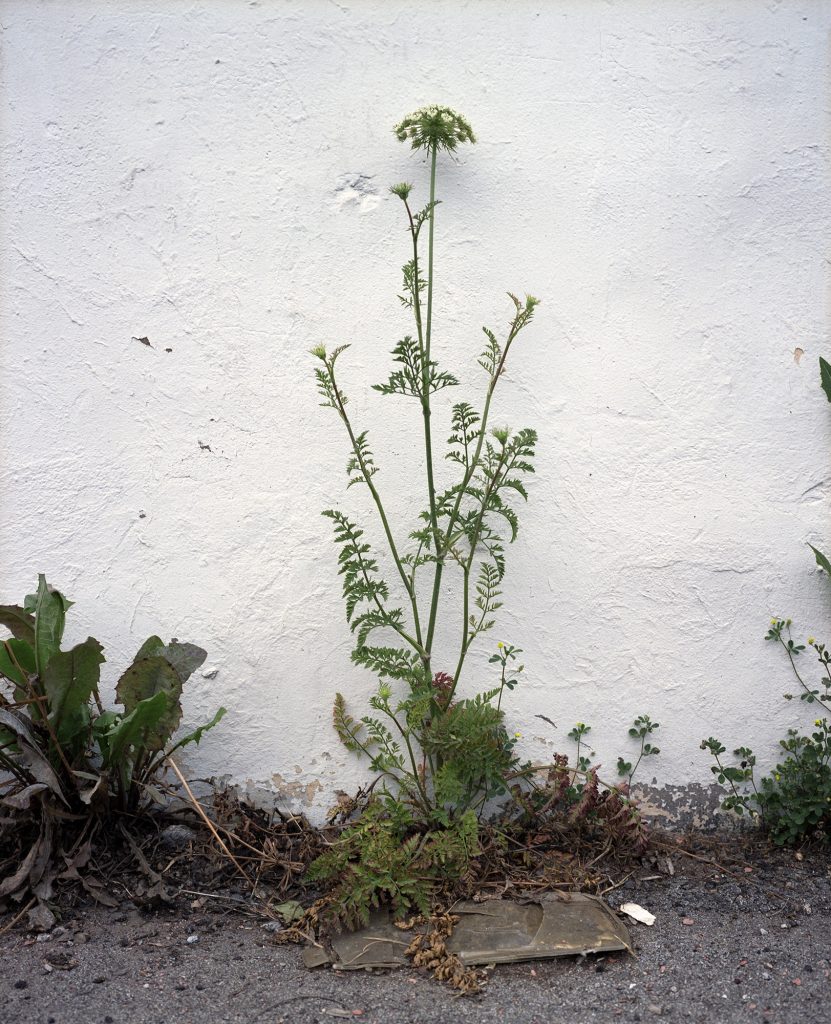 “This idea of seeing and seeing with a sense of inquiry or attention takes a long time,” Lee says. “I think we kind of see automatically. So devoting a period of time really helps me figure out how to photograph that particular subject matter. There’s a certain fascination in spending time with something and really, truly understanding it through the passage of time. So even though the photograph is a singular moment, I’m trying to create a more layered, complex sense of time.”

The pacing of the installation, with images grouped in like-minded sets, encourages the viewer to see the way Lee sees, slowly and with care. Each image is filled with subtle detail, if you bother to notice them. Like how the lake sometimes seems to blend in with the gray sky above it, at other times it’s an impossible shade of tropical blue.

The first gallery also includes images from the plant series. In one, a flowering weed grows proudly against a white wall, detritus around its base. The print is flanked on either side by massive windows overlooking Millennium Park. Both the salt and the weed series were shot on the city’s West Side, and the juxtaposition of these beautiful, humble sites with the $490 million park across the street is impossible to ignore. Each photo in the exhibition, with the exception of prints from the train series, titled “100 Views Portfolio,” which are laid out on a custom-built table, is installed at eye-level. They are also all comparable in size; the lowly weed is accorded the same visual weight as the mighty lake. 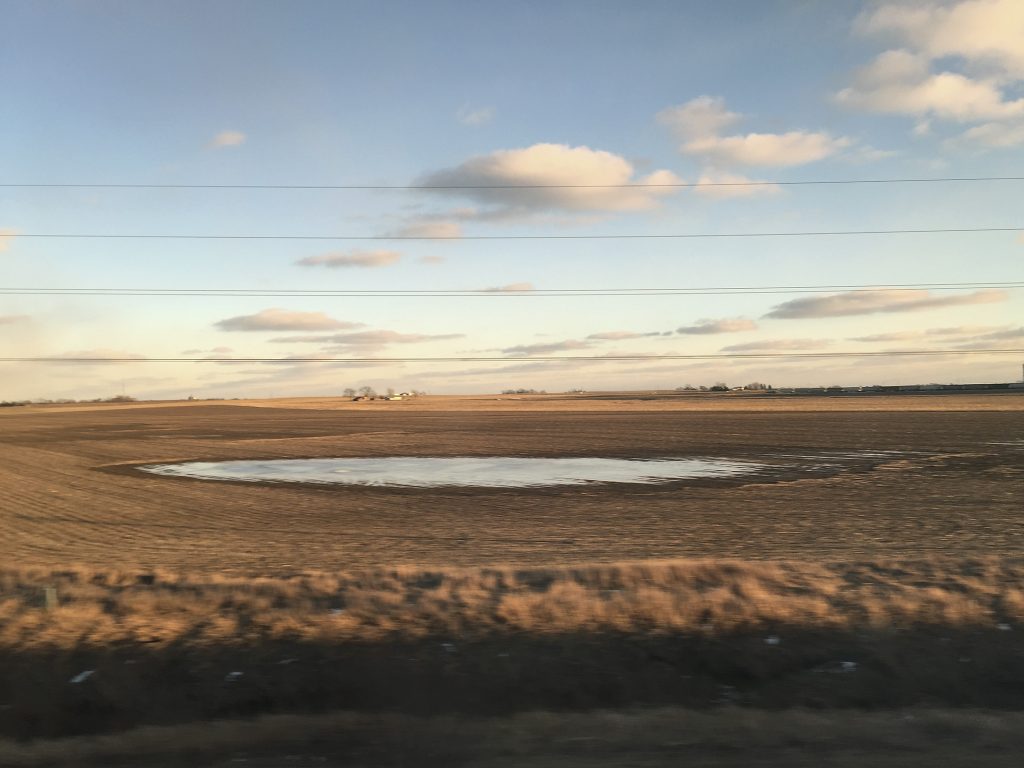 There is at least one other layer to interpreting these images: the site of the Cultural Center itself, also known as the “People’s Palace,” which was funded initially through a tax on residents. “One thing that I’ve been really thinking a lot about since the show opened is the Cultural Center as a citizen institution that is open every day and is free. It brings in all kinds of people into the exhibitions,” Lee says. “I feel really honored to show work about Chicago in Chicago to the people of the city.”

The images from Lee’s cameras, and those happening outside, framed by the Cultural Center’s windows, work together to create a composite of the city. If you visit on a cloudy day, the mood might be more contemplative; on a sunny Saturday, the atmosphere might be more buoyant and busy. Lee’s version of Chicago is more rooted in place than the glossy, anesthetized downtown. She shows parts of the city that are often overlooked, but no less vibrant. Lee’s lens makes every fleeting moment indelible, and renders all subject matter consequential. (Kerry Cardoza)

“Jin Lee: Views and Scenes” is on view at the Chicago Cultural Center, 78 East Washington, through August 7.