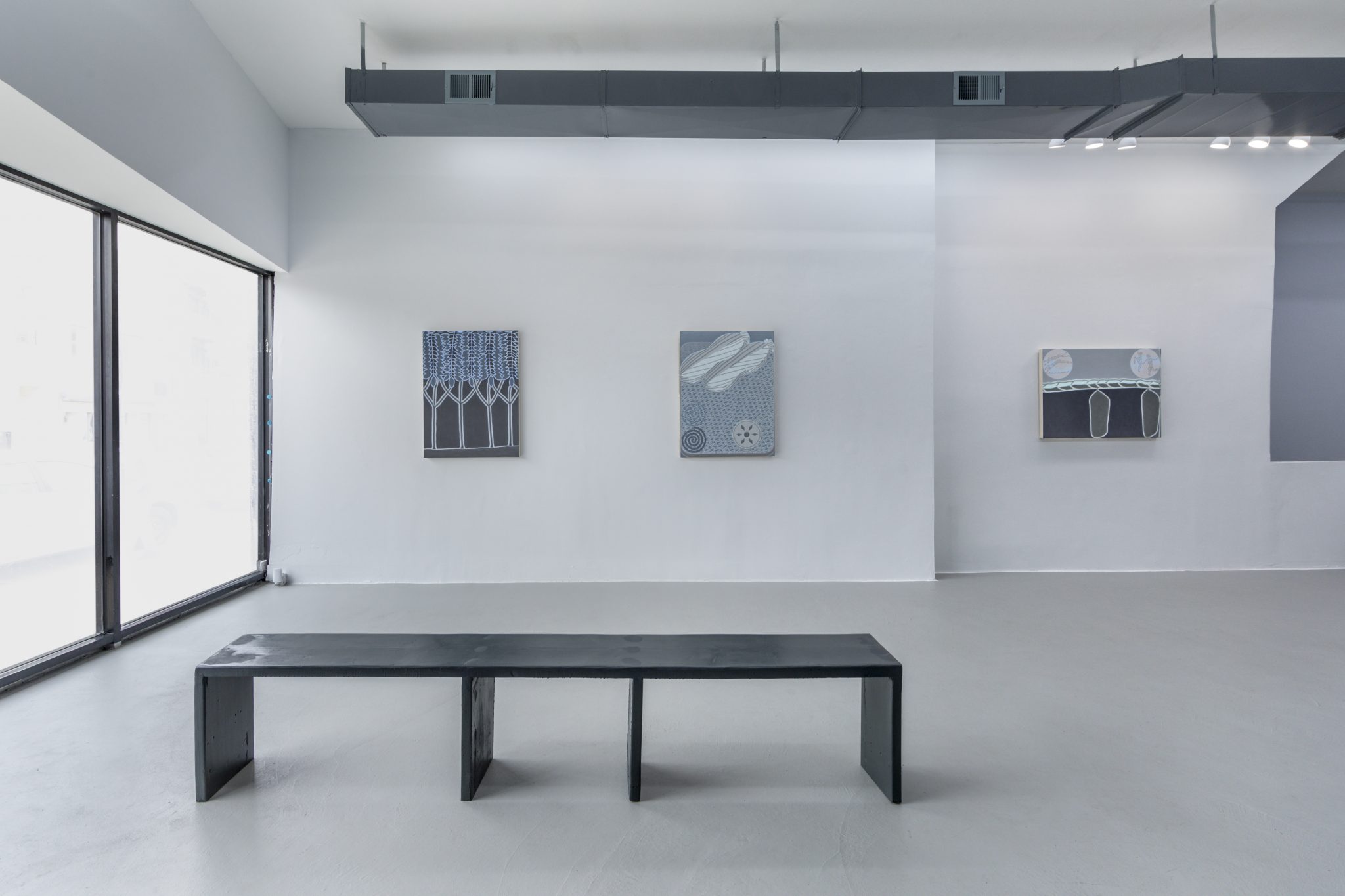 With a personal and familial touch, agriculture and bushcraft are ongoing subjects in Abraham Cone’s work. Embarking on trails in the woods of Illinois and neighboring states Michigan and Indiana, Cone gracefully translates these experiences into symbolic ornaments on his paintings.

Cone was born and raised in rural Michigan, later moving to Chicago to attend the School of the Art Institute. This exhibition marks Cone’s first solo show since receiving his BFA. Much like Cone’s demeanor upon greeting, his work embodies joviality and a dose of quant mischief. An escape into an alternative utopia is unexpectedly found in “Figures Moving Through Sumac At Night.” Buoyancy, loose brushstrokes and an unbounded use of color scheme engrossed incoming visitors. 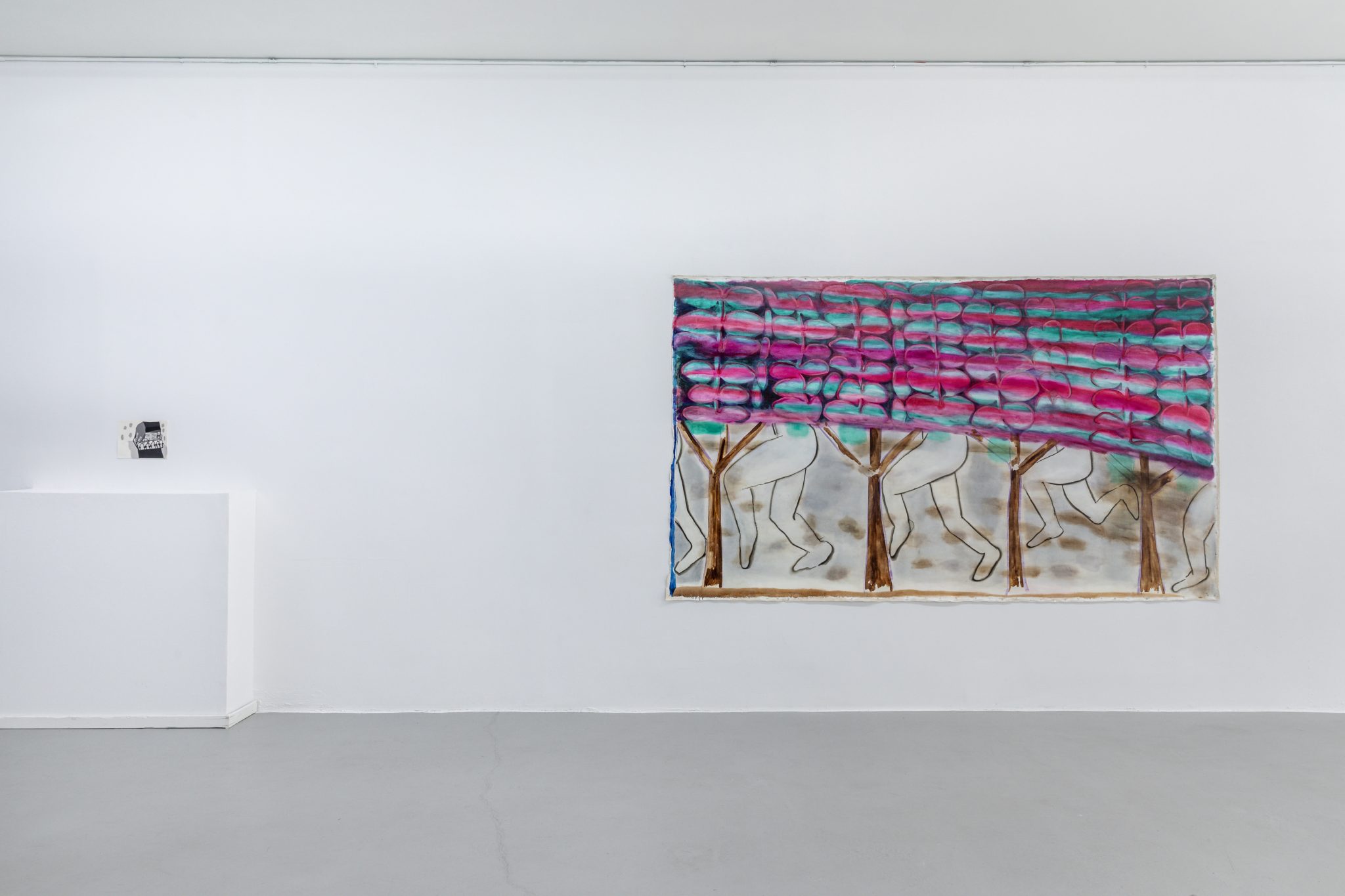 Cone’s painterly technique is distinguishably lush in flexibility and softness, quite possibly even lustful, yet there is roving deliberation and myth there.

“Figures Moving Through Sumac At Night” shows five figures, whose lower limbs are the only part of the “body” that can be seen. They move onwards in identical motion hiding behind thin bristly tree branches. A fascinating aspect of this arrangement is the upper half of the painting, which is willowed with repetitive red and green stripes and leaves. Each left leg moves first through the sumac—perhaps, a reference to the plant known as poison sumac, characterized as having red stems and green leaves. There is no exact narrative but there is a peculiar intimacy present. As figures move across in companionship, it certainly does not hinder visitors such as myself from stepping into a visceral nostalgia of adolescence.

In contrast, Cone paints “Dulcimers, Mosquito Coils, Cast-Iron Table” in a sizably different style compared to the latter. Showing more restraint in selection of color choice and pattern this time, the work follows a monochromatic, or neutral, color scheme layered in luminescent blues and grays. Cone’s brushstroke technique is further refined and thorough, demonstrating a geometric and linear structure while maintaining an emphasis on pattern. He loops in a new direction as an artist through his use of lineality, showing more discipline and seriousness. But he does not abandon the organic, dreamy tone that is ever so consistent in his work as neutral lowlights and highlights oscillate between one another.

With works painted or photographed between 2021 and 2022, each one is unparalleled to the other. Speculation in the ambiguity surrounding his work will surely commence but it is undoubtedly challenging, almost evasive, to interpret or identify the work of Abraham Cone. His show may leave visitors with a sensation that is both uncanny and heady. His work, on the other hand, will remain an effulgent anomaly at best. (Hadia Shaikh)