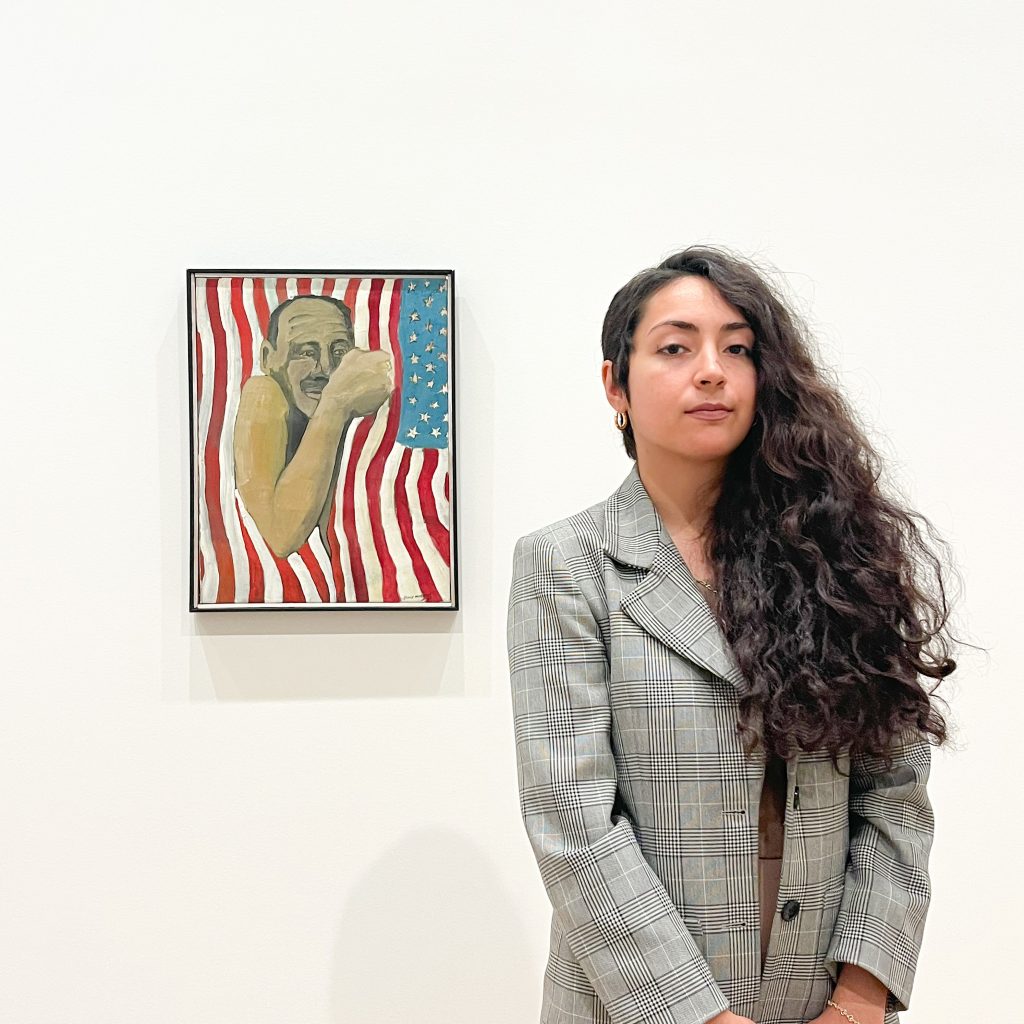 When Onyx Montes got her first full-time job in her field—in the art museum world—she was grateful for the opportunity. She was also very green; she knew nothing about negotiating her salary or asking for a raise, or about the illegality of a line of questioning during her interview. Montes was just a few years out of undergrad, the first in her family to graduate college.

When Montes first moved to the United States from Mexico to attend college, she had no inkling that art was about to change her life. While at the University of Washington, she signed up for a random art history class, one that would fulfill her art elective and allow her to have a three-day weekend, so she could pick up more hours at work. But the professor, Marek Wieczorek, brought so much energy and enthusiasm to the class, that Montes decided to switch her major to art history. That summer she took a solo trip to Europe to see firsthand the paintings she’d studied in class.

After graduation, she moved to Chicago, eventually enrolling in UIC’s Museum and Exhibition Studies program. “The community and the art scene here was very heavy into social justice, into DIY—all these completely new spaces really made me think of new possibilities,” she says. The MUSE program, with its focus on social justice and museums, seemed like a perfect fit.

But as Montes had to hustle to support herself, despite working full-time at the Hyde Park Art Center, taking on gigs like working coat check at the MCA, she started to see major problems with the museum world and the way it treats workers. “I thought that when I got my first full-time job, I would be able to stop doing all the gigs that I was doing on the side to make ends meet. And that was never the case,” she says.

Around this time, she came across the Arts + All Museums Salary Transparency spreadsheet, an editable document where museum workers could share their salary info and work history, in an effort to bring transparency to the field. She was also moved to start learning more about pay transparency after seeing Kimberly Drew’s keynote speech at the 2019 American Alliance of Museums annual meeting. In the speech, Drew reveals her salaries at her previous art world jobs. At her position handling social media for The Metropolitan Museum of Art, Drew made $80,000; the white man who had previously held the role made $5,000 more. (Montes had a similar experience when she left her job at HPAC; her final salary was $48,000, and the role was posted for $52,000-$55,000.)

Montes could relate to the feeling of not being paid her worth. At an annual review for her role at HPAC, though Montes came prepared with all her successes from the past year, with proof of how her job title had expanded and with salary research on comparable roles, she says her supervisor declined to give her the three-percent raise she asked for.

“I decided after that experience, which was very disappointing, to take that energy and turn it into something positive and regenerative,” Montes says. For her capstone project at UIC, she decided to put together a resource guide on salary transparency for museum workers. She created an online survey, collecting people’s experiences regarding work, salary and equity. She compiled those responses, along with her own experiences, and resources and strategies into a PDF. Also included is research related to the gender pay gap—according to the National Women’s Law Center, women make only eighty-three cents for every dollar their male counterparts make, for Black women, that number falls to sixty-four cents, and for Latina women, fifty-seven cents—and other pay issues. The PDF is available for purchase on her website, and she also offers workshops on the topic to schools, libraries and other institutions.

“I wanted it to be something that people could learn from,” Montes says. “I’m doing what I can to reach students, younger adults, people in college, people who go to libraries, people of color who might be applying for jobs to really have this awareness, which is something that I didn’t have. That’s what really inspired the project.”

Montes hopes that her work will lead workers to learn about their rights when it comes to hiring and labor practices, to recognize their worth, and to realize that their workplace issues are likely not unique.

Her work experiences haven’t necessarily deterred her from the museum field, but they have made her realize that job searching is a two-way street. “Before this experience, if I had a job interview at a museum, I would be so nervous and just overwhelmed,” she says. “Now I’m like, well are they gonna pay up? Is this gonna be a good experience for me? I don’t put them on this pedestal. I don’t care if it’s the most reputable museum, it needs to be that they’ll pay me what I’m worth, where I know I’ll have the resources, where I won’t be burned out, where I will be working with someone that has similar goals, values and work styles as me and that wants me to do well.

“My goal is to not throw shade, but to throw a little bit of shade in a regenerative way.”

Learn more about the project at onyxmontes.com or instagram.com/paytransparency. Join Montes for a presentation on her pay transparency work at the Skokie Public Library, 5215 Oakton Street, on September 21 from 7pm-8pm.