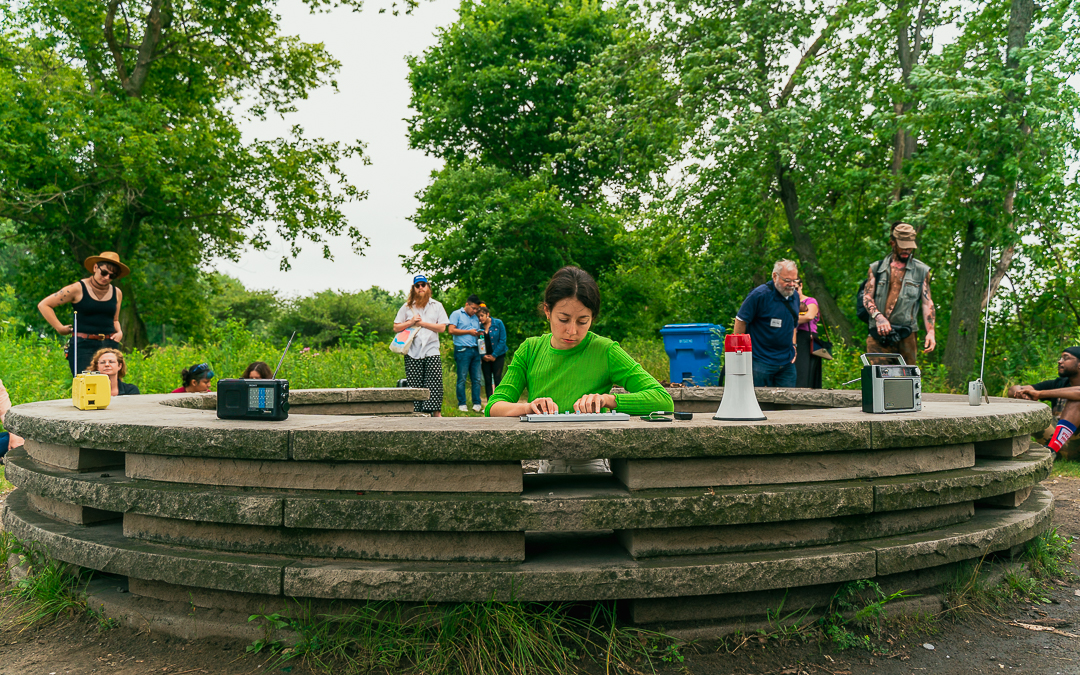 The South Shore Nature Sanctuary celebrated its twentieth anniversary with tours of the space, art-making and a sound performance by multidisciplinary artist Lia Kohl. The anniversary was an opportunity to ensure that people knew more about the space and got a chance to enjoy the flowers, fun and community it cultivates.

On the walking tour, we picked and ate the special Illinois version of blackberries called “illini” as the speaker explained the origins of this nearly seven-acre green escape. Twenty years ago, the park district and local volunteers responded to the community’s desire for more natural green spaces and created this little haven. Today the ADA path leads visitors through five different habitats native to the Chicago area, providing a sanctuary for migratory birds and monarch butterflies as well as people.

I started attending the Nature Sanctuary stewardship days a few months ago after learning about the plans to destroy the sanctuary, which would be replaced by a Tiger Woods-designed golf course. The plans are highly contested and people have fought back. (The Twitter handle @SOS_Sanctuary provides photos, history and facts about the sanctuary.)

During the anniversary celebration, my friends and I milled about, enjoying the special activities and pointing out particularly glorious patches of flowers where we consulted apps and learned about their uses. We made sun-print art with the vegetation and snacked on vegan cookies. Around 2:30, we gathered around a stone fire circle, also known as a council ring, for a sound performance by Kohl. 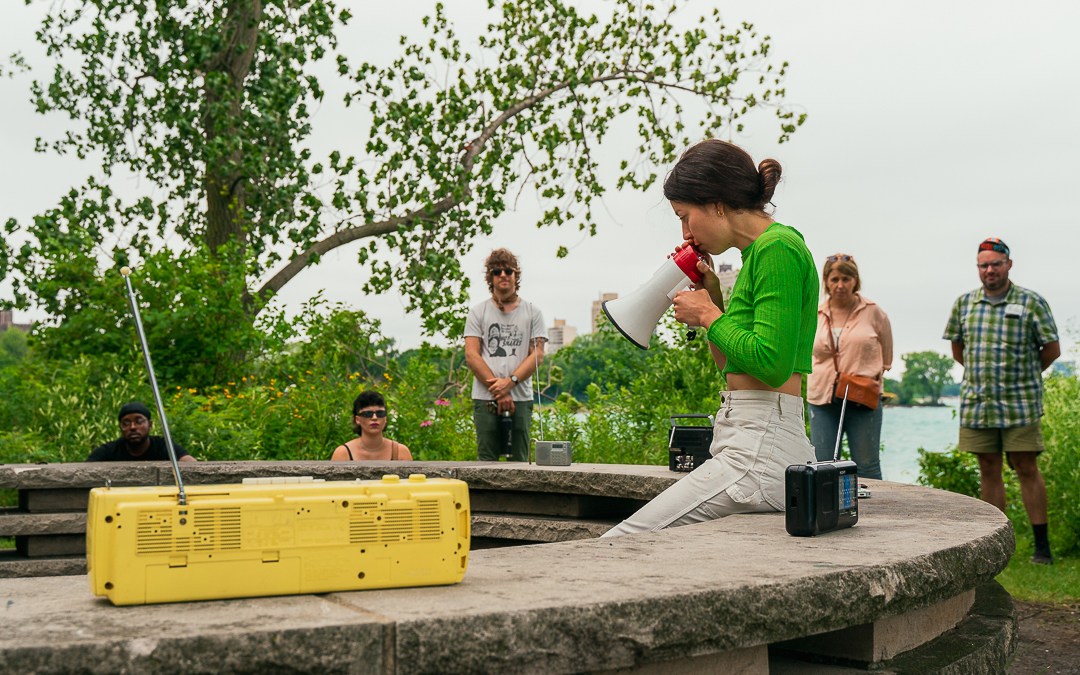 Kohl had arranged four radios around the council ring and the performance began when she turned the radios on and played bird noises, waves crashing and white noise. She moved to a space in the middle of the ring to operate her synth.

It was hard to tell which noises were coming from the radios and which were happening around us. I watched a noisy red-winged blackbird, a species known to be aggressive and territorial, chastise and chase a squirrel all around a tree and thought about the conflict inherent in nature. Disputes abound, I thought, turning my gaze from the ants which had surrounded me to the view of the city’s skyline. This is what they really want for the golf course; there’s the money shot. I am also territorial if provoked.

In the accord of the recorded and non-recorded sounds of the sanctuary one felt a profound harmoniousness with the environment. The radios, a stand-in for second nature, served to merely amplify the existing soundscape and lulled me into the notion that maybe nature is nature and all of the false dichotomies between nature and society could just disappear with the right thinking. The feeling was accentuated by the Kohl’s gentle cooing through a small red-and-white megaphone.

Leaving her synth and continuing to sing into the megaphone, she walked toward a long yellow radio. When she tuned the radio dial, a tender piano melody melded with the woodland waves, but when she continued to turn the dial intrusive adverts broke the spell. The singing, which had been a pleasant addition to natural sounds, took on a melancholic tone and I couldn’t help but feel a loss for the harmonies that had come before. Humans living now cannot merely exist as a part of nature, we have a responsibility to nurture the living environment and fight against its destruction.

After the sound performance, I handed out fliers about the Defend the Atlanta Forest movement. The fight is everywhere, in Chicago, in Atlanta and to a lesser extent within ourselves. As Kohl’s performance reminds us, we are free to make the choice to tune in with our voices or to tune into the adverts and consumerism which would have us believe a nature sanctuary is less beneficial for the South Side than a golf course. (Ryan Fazio)