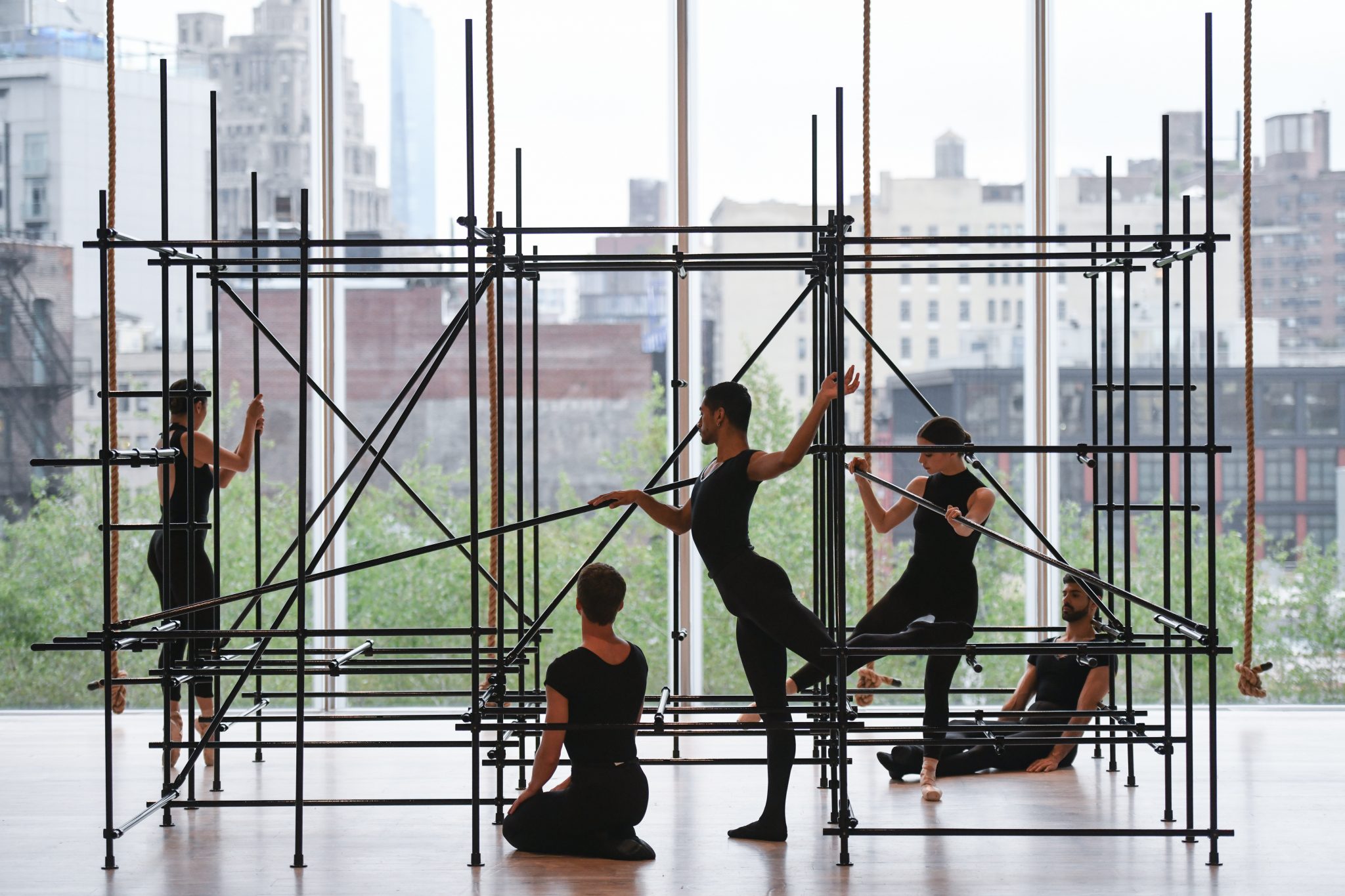 “I was told I was good, but that I’d never be a principal dancer because Romeo is a white male,” Brendan Fernandes says. “I wasn’t tall enough, my feet didn’t have arches. Ballet has a hierarchy that there’s only ‘one way’ to do ballet. I’m challenging that system.”

The Kenya-born, Canada-raised artist finds pleasure in dismantling stereotypes. Fernandes, who attributes his sense of politics to punk rock and counterculture, left ballet for modern dance because it was considered “freer.” Although Fernandes has explored and incorporated other art forms, performance has always been at his core: he once described how he danced across the hall as a student at York University from one class to another.

His latest project is “Re/Form,” published by Skira in collaboration with The Graham Foundation for Advanced Studies in the Fine Arts and The Isamu Noguchi Foundation and Garden Museum, a monograph that archives—and perhaps translates—”Master and Form” and “Contract and Release,” two collaborative performances that merge ballet, sculpture and leather kink subcultures into something unorthodox.

“Master and Form” was commissioned by the Graham Foundation in 2018. Expanded for the 2019 Whitney Biennial, it includes an array of sculptures and steel cages that explore the discipline of the body within ballet. “Contract and Release,” curated in 2019 for the Isamu Noguchi Foundation and Garden Museum, explores Fernandes’ life as a modern dancer, placing performers with steel cages and some of Isamu Noguchi’s own sculptural works. In each, performers use the equipment to push and shape and balance their bodies. 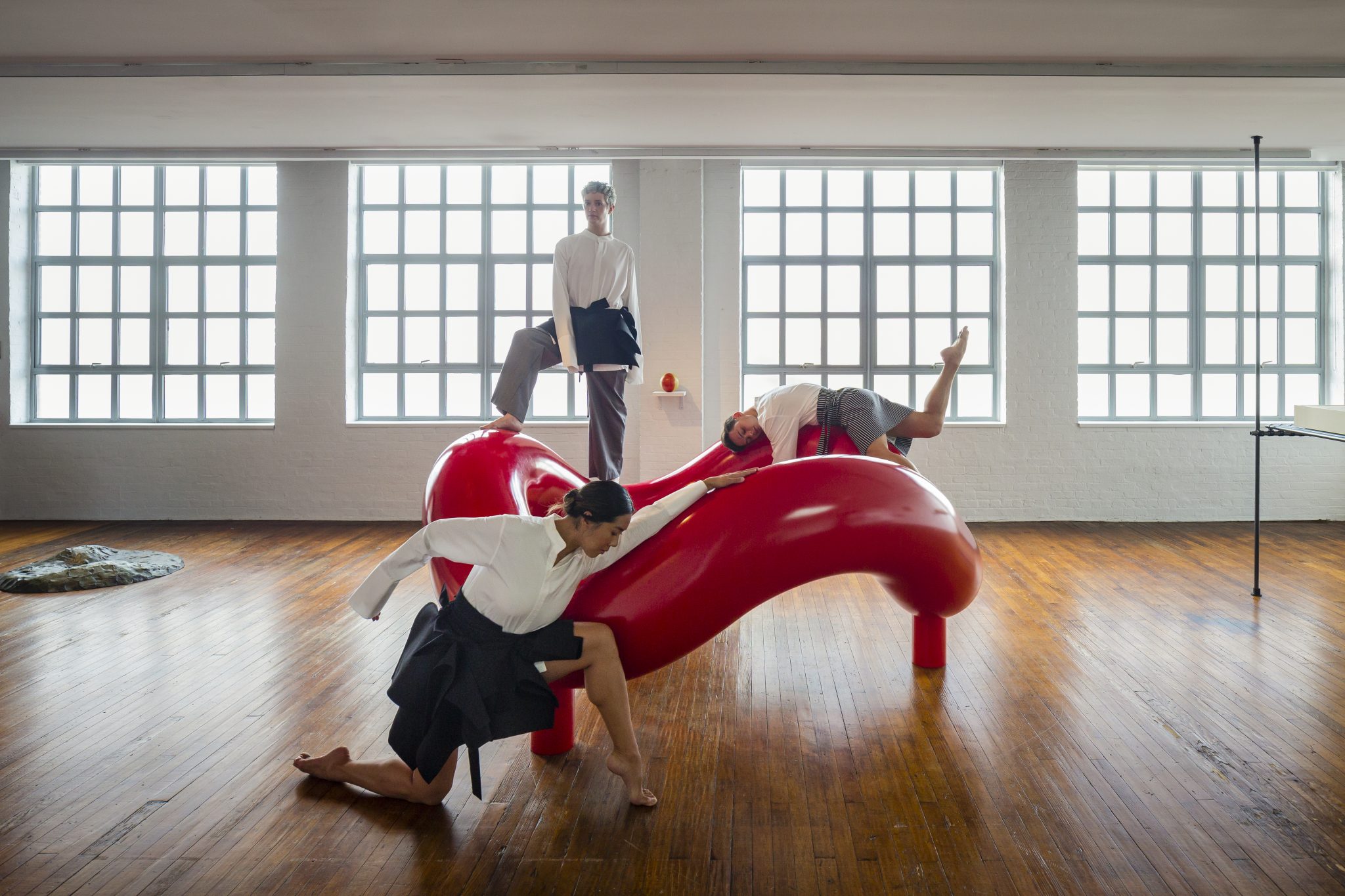 Fernandes’ process gives the dancers agency and a sense of care. “The dancers are allowed to leave whenever they want. They can take off their shoes and are given allowances for more choices,” he says. This includes allowing the performers to rotate authoritative roles, calling the barre. Fernandes recalls one dancer, whose first language is not English, who called softly: “They didn’t feel comfortable, so I let them give the count in their own language.”

“Re/Form” continues to explore these concepts. Described as a way to archive the performances, Fernandes approached the museums where the works were performed with the idea. “‘Re/Form,'” says Fernandes, “gave me purpose to still do my work, but in a different way during the pandemic.”

The book includes photographs of performances and drawings of sculptural equipment and cages, which Fernandes describes as “playgrounds” for the dancers. Critical essays are separated by “scores” that, similar to sheet music for musicians, are a written embodiment of dance instructions. Fernandes says the scores are born from the need for an archive. “We’ve lost a lot of history because there’s no written language for dance, and it’s currently archived through the camera. In the Fluxus movement of the 1960s, dance artists, particularly Yoko Ono, would write down ideas—not necessarily purely understood—a gesture of trying to give a sense of what the dance could be.”

Although the sculptural equipment is in a private collection and the performances have ended for now, Fernandes hopes “Re/Form” allows their legacy to have a different life. “My practice can reach a different audience and introduce my concepts to a greater society. I want my work to push people.” (John W. Bateman)

“RE/Form” is available at the Graham Foundation Bookshop and Noguchi Museum Shop. A free, public launch party is scheduled at 21c, 55 East Ontario, on October 21.