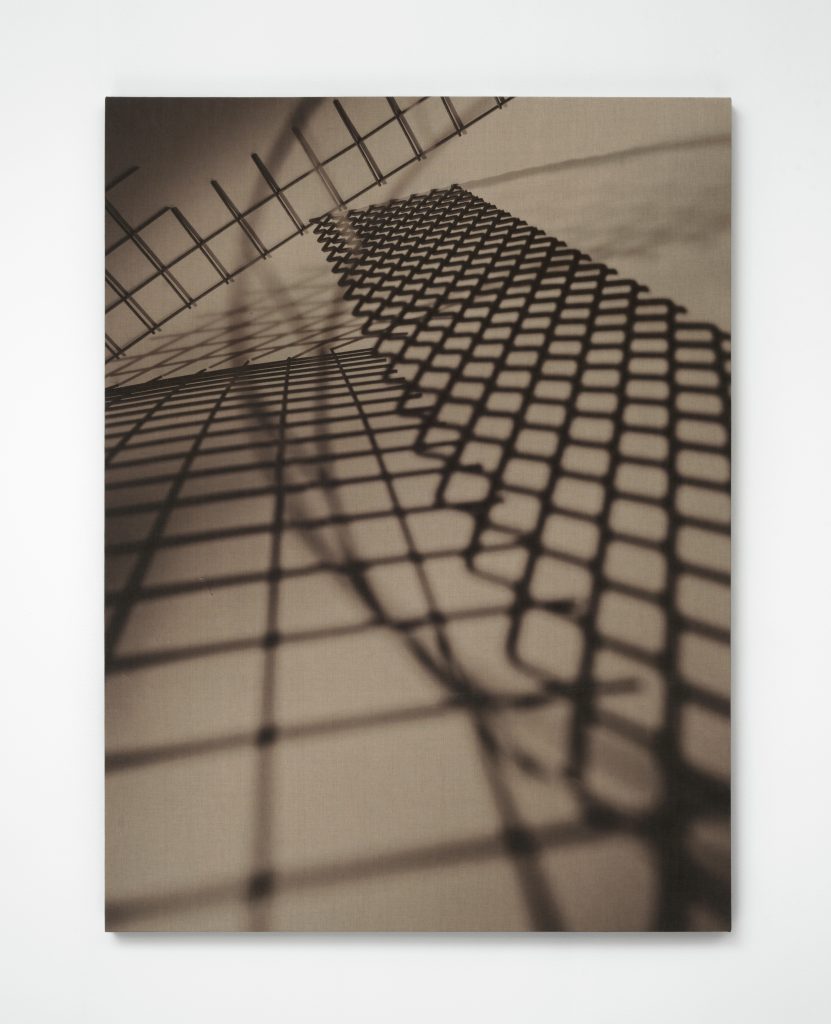 Barbara Kasten has been constructing things for her entire career. I have not been to her studio but imagine it to be a treasure trove of materials of myriad types. Her early work in the 1970s, particularly the “Amalgam” series, captures shadows with lines intersecting forms, some even stitched with thread. In the 1980s, her images became colorful in “Architectural Sites” and “Metaphase” and, in the early 2000s, “Scene” and “Studio Constructs” shifted Kasten’s work into black-and-white, light and shadow, still material, still abstracts captured from compositions constructed in her studio, but more minimalist and ambiguous. For all those years, the majority, if not all, of Kasten’s work was two dimensional—three-dimensional constructions rendered into two dimensions by the camera. 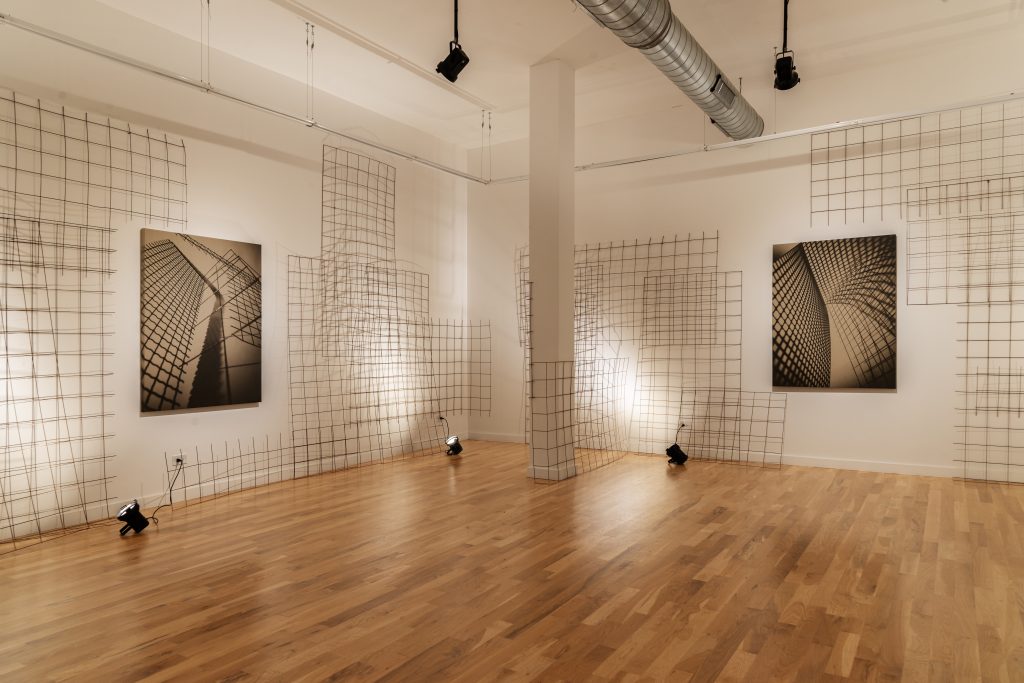 At Document Space, Kasten’s large-scale photographs are only part of the whole piece. She has taken the construction out of the studio and into the gallery in a dramatically lit installation of four photographs archivally printed on linen. Wire fencing, lightly rusted, casts shadows on the white walls surrounding the printed images. The photographs themselves are strong, high-contrast diagonal geometric forms, created with fencing not unlike that that surrounds them. They are deep images, large and crisp in the middle ground, dissolving into softness elsewhere. The impression is stunning, and one feels completely inside the created space, as if entering a dream. That this very architectural work is printed on natural linen references the fact that architects’ building plans were historically printed on linen, prior to the advent of the blueprints now in use and Kasten’s images have a wonderful if somewhat chaotic architectural feel. As in all her work, lines intersect, and shadows become solid objects. 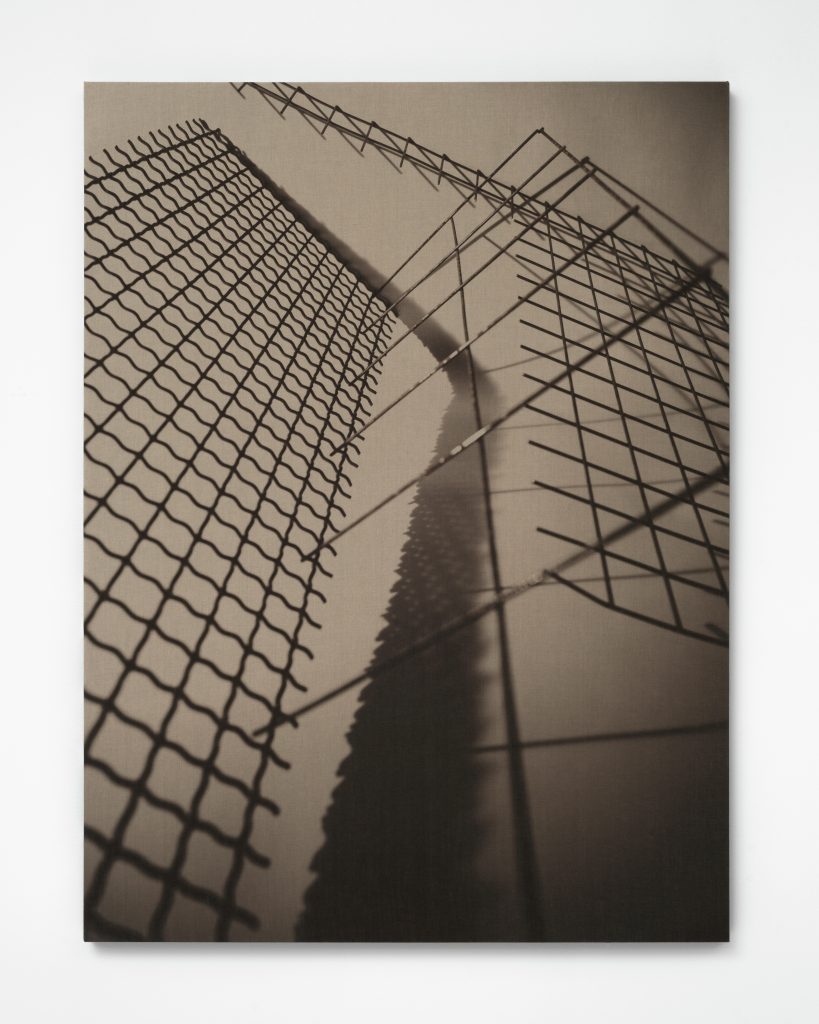 Barbara Kasten has continued to surprise and amaze over the years, and this show extends her reign as a fierce and fearless artist who creates without trying too hard to please. She has always crafted work to the sound of her own drummer, and once again has constructed something remarkable and quite magical.