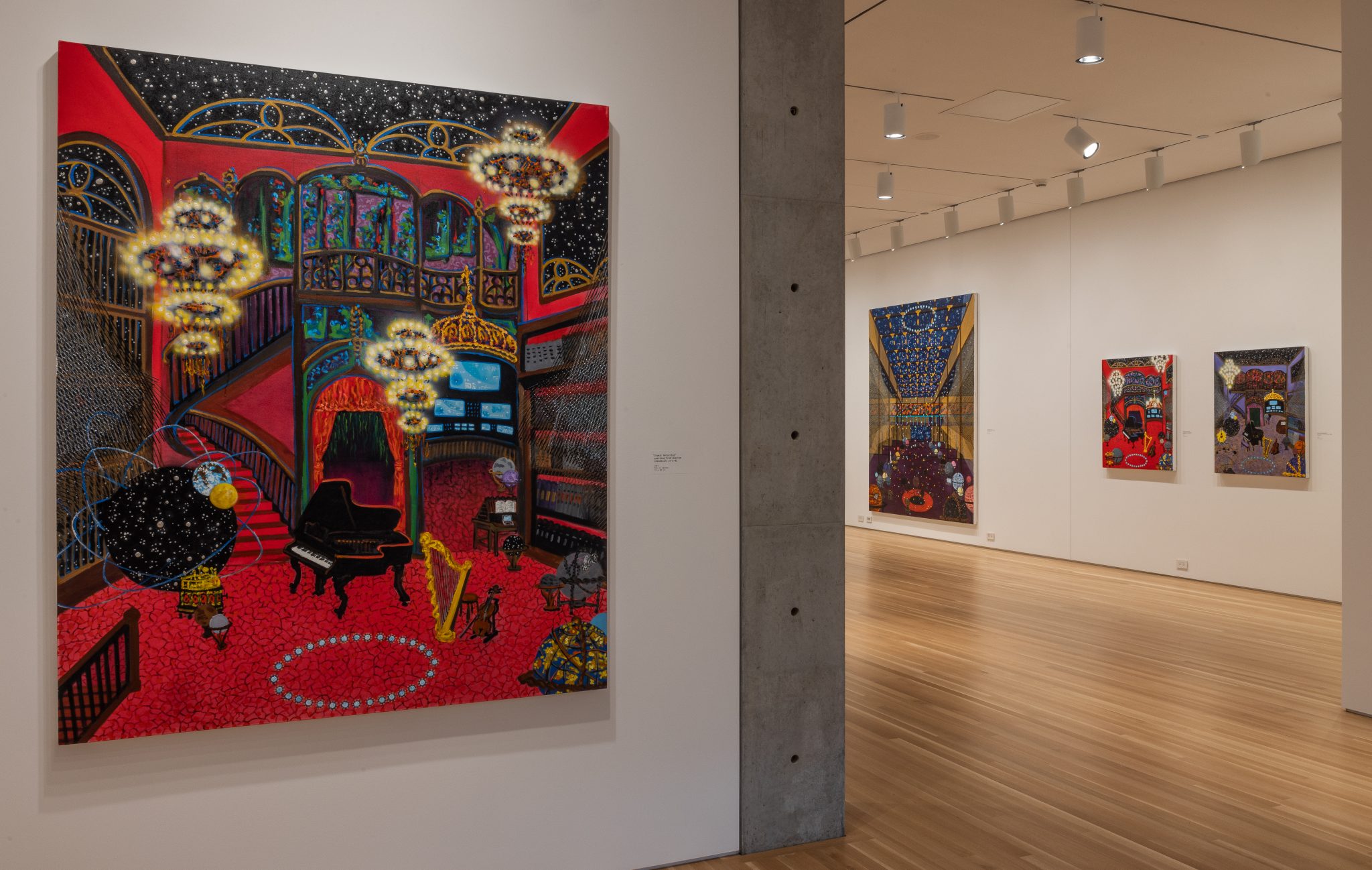 Michiko Itatani paints a mysterious but familiar world, its meaning just beyond our reach. Her exhibition of works at Wrightwood 659 is grand in vision and in scale, occupying two out of three floors, as big as most major museum shows. Immense canvases depict palatial baroque libraries set against the cosmos. In a fifties sci-fi movie kind of way, futuristic telescopes and scientific controls are set back behind the walls. Floating tesseracts and mysterious rings of light occupy dreamscapes like mystical talismans. The human presence is everywhere, but strangely no humans are depicted. Is this the future the way the artist imagines it, or is it heaven itself? Are these the fresh ruins of a future human extinction event or perhaps the leave-behind of a race that has exited the planet voluntarily? Old-fashioned planetary globes occupy the chambers, and rudimentary spacecraft hover over some of the paintings, more like insects in the palace than central characters. An old-fashioned notion of the quest for knowledge as a virtue seems to be the defining motif; if humans were present, I might expect them to be dressed in the garb of the Renaissance. 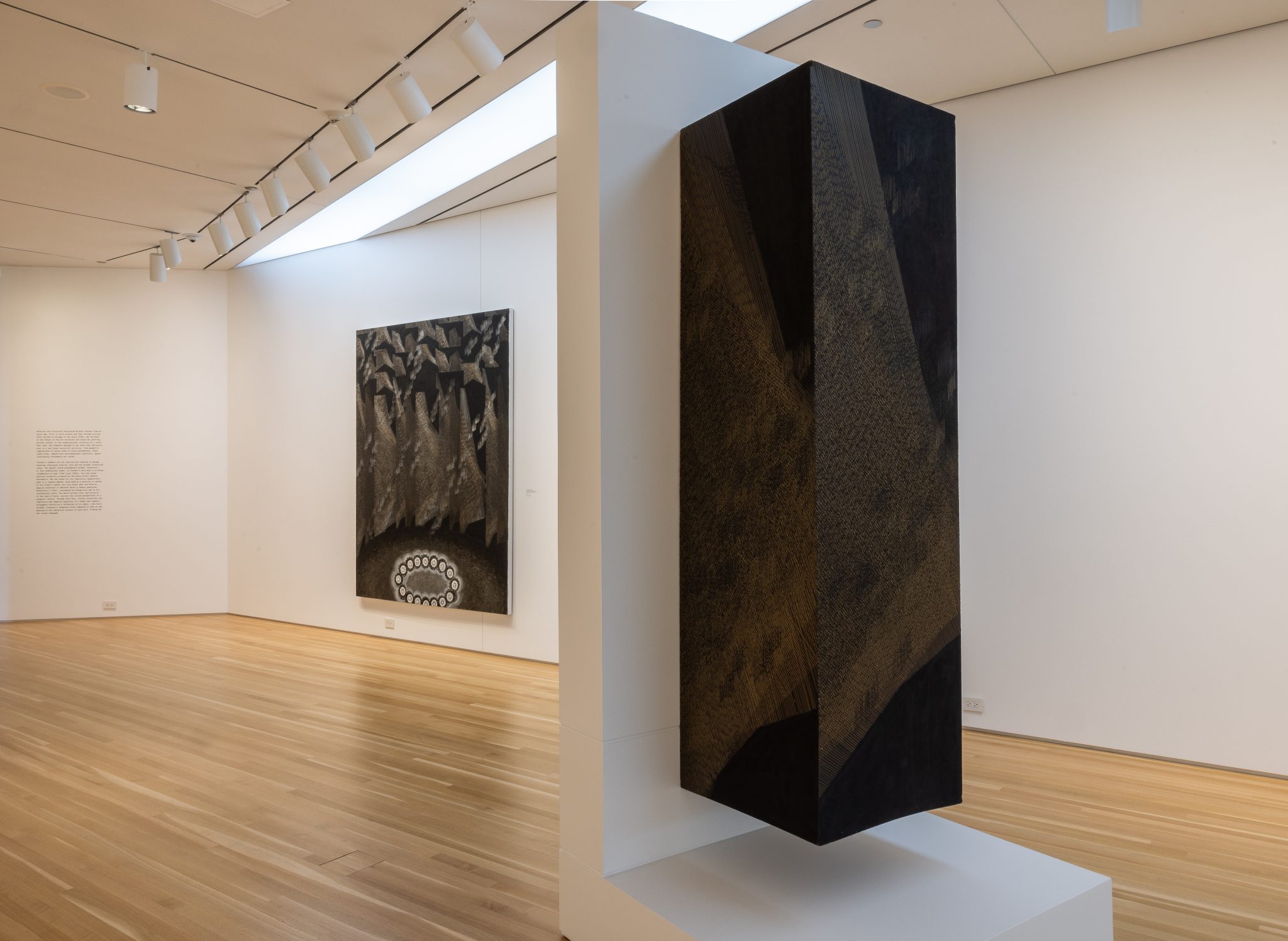 The work feels all of one body, and most of it has been created in the last decade, in the last few years, even. But some paintings date back to the late seventies, early eighties, when a then-new-to-the-United States Itatani was just getting started. Those early works are abstract, but certain elements, like a painted mesh that is central to her early work recur, now subordinated to pictorial concerns, but with an unmistakable presence. Itatani’s more recent representational paintings have a subtle artifice to them; her chandeliers glow with a light so strong you’re tempted to look for a power cord behind the canvas. Her dimensionality is slightly off-kilter, compressed; the painting has a certain flatness to it that makes its elements–globes and planets, musical and scientific instruments–evocative of another time, in the past.

The now-emeritus longtime SAIC professor is something of a science junkie; her artwork titles are cataloged like taxonomy, or perhaps works in a library. Before she started painting, she wanted to be a fiction writer. In the exhibition catalog, she offers no essay but rather a short story that might have guided her in the creation of the work, or perhaps was written retrospectively to try and offer a path to understanding. In any case, it’s drawn from the milieu of scientific fantasy, like “Lord of the Rings” or “Game of Thrones,” one in which knowledge in antiquated books is paramount, and ancient voices have something to tell us, if only we can figure out what they are saying.