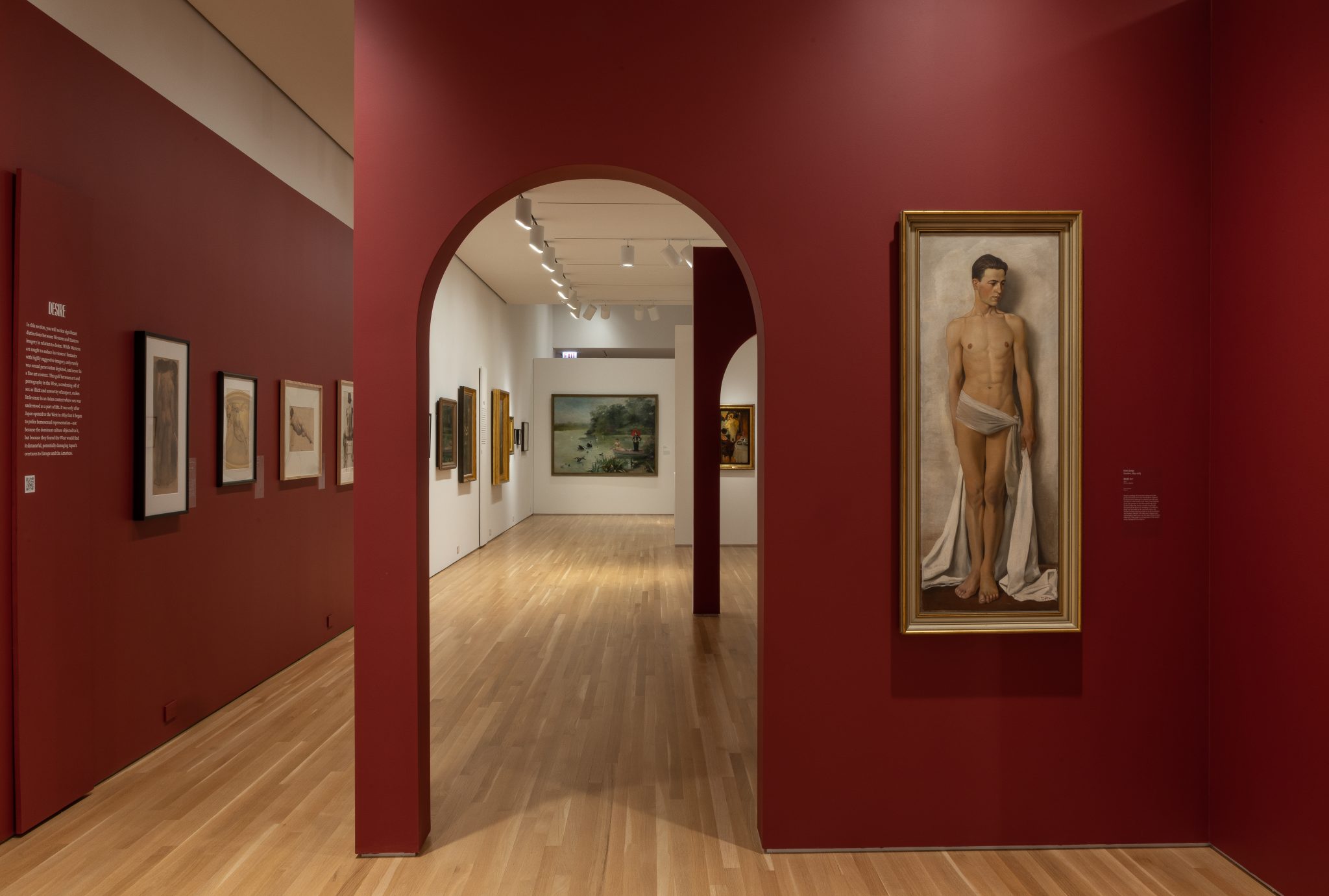 Hungarian writer and activist Karl Maria Kertbeny coined the term “homosexual” in 1869. While queer folks have existed forever—as well as queer art—this new language created an avalanche of same-sex fine art across all mediums and all over the globe.

The exhibition “The First Homosexuals: Global Depictions of New Identity, 1869-1930” takes viewers through an international historical maze of drawings, paintings, prints, photographs and films of the “first homosexual” artists. With more than a hundred works, Wrightwood 659 examines how queer artists view themselves, and how the world viewed them as well.

Many of the works in the show exemplify similar themes. Bathing, swimming and lounging by water can be seen in many of the works. Duncan Grant’s oil painting, “Bathers by the Pond,” features blocky men by a pond in the U.K. and Eugène Jansson’s black chalk drawing,” Bathhouse Study,” would later be his 1907 painting, “Naval Bathhouse.” Many of the works feature young boys or young men. Some are in the presence of older men, but some are exploring with one another.

George Minne’s “Kneeling Youth,” is a bronze sculpture of a nude boy who is staring at his own reflection. The work is self-reflective and exploratory—like many of the pieces in the show. Many of the men in the images seem to be sexually liberated and free in a time when same-sex love wasn’t accepted in dominant culture.

Elisàr von Kupffer, a painter and muralist, would go on to create a temple and social movement called Elisarion, which gay men all over Europe would attempt to visit. Photographs in the gallery from the Elisarion archives feature an empty bathhouse where we can imagine same-sex love was desired and expressed.

The exhibition is split into two parts—part one being exhibited until December 17 and part two coming in fall 2025 with 250 artworks. In the later exhibition, a selection of paintings from the Elisarion will be exhibited.

The exhibition goes on to display a selection of the first trans images, a section of artists in relationships, artists who focused on posing, same-sex desire, public and private images, the past and the future, and images of colonialism and indigenous cultures. Each collection of thematic images varies in mediums.

The exhibition is rich with historical markers. The large-scale survey includes many “firsts,” and many artists who paved the way for others who followed. The 2025 show will have double the amount of works and expand from the current exhibition, which took the word “homosexual,” and ran with it—showing the world how diverse and varied identity and sexuality can be.