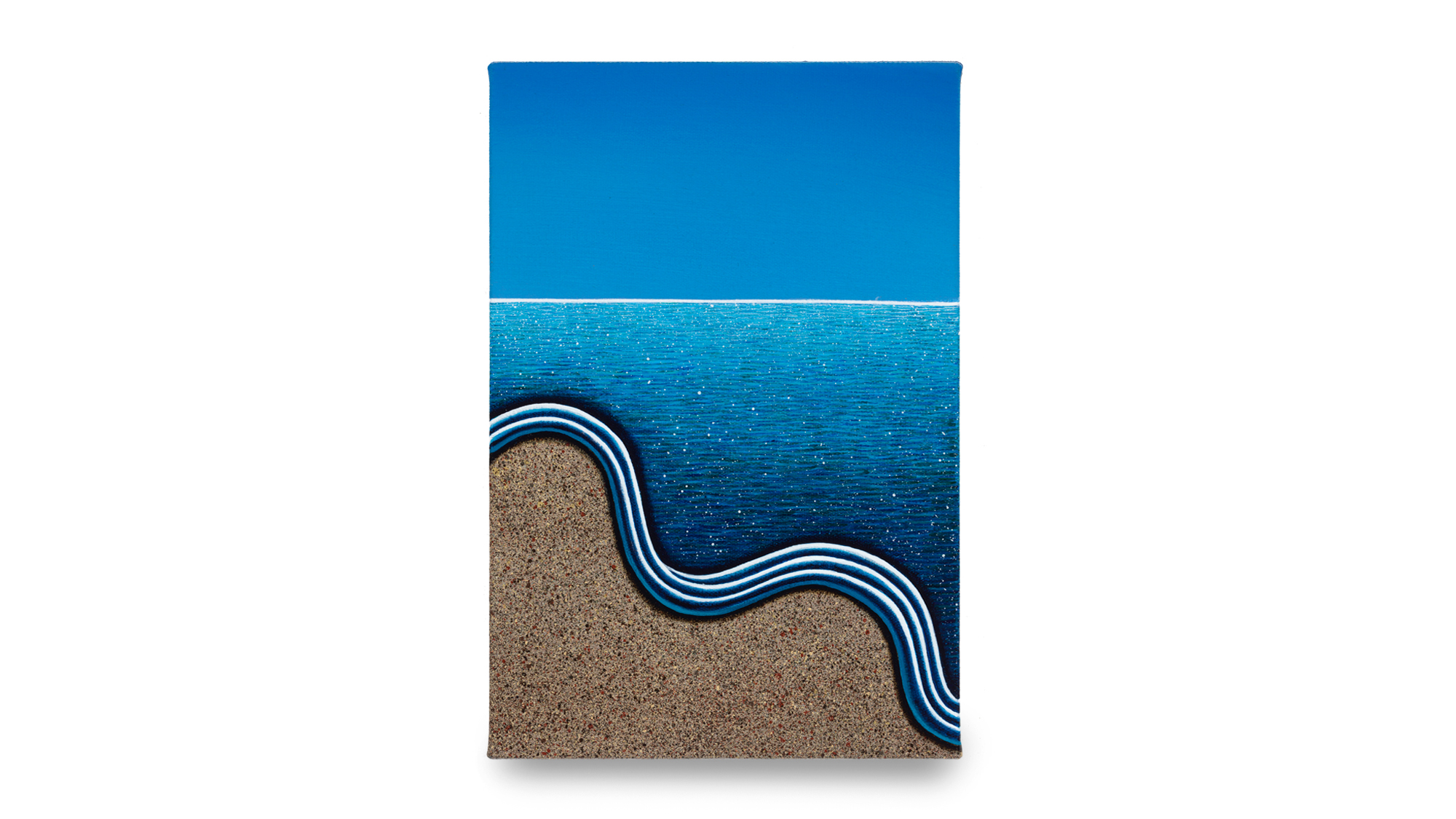 New York artist Matthew F Fisher is known for surreal seascapes that feature enlarged seashells and colossal waves—arching and curving high above the horizon. Growing up going to his grandfather’s beach house in West Hampton, Fisher garnered a young taste for water. These moments in childhood propelled his interest in the ocean and greater water-scapes later in life as an artist.

Being a lakeside city, it’s fitting that his new paintings, “Lakes,” would be presented in a place that rests beside one of the largest freshwater lakes in the world. The Garfield Park-based gallery Devening Projects opened November 5, just as the cold of Chicago began to settle in and Lake Michigan started to grow icy and unswimmable.

Walking into the gallery is a relief. Each small painting is an invitation to jump into a vast swath of blue. With the sun setting at 4pm, the paintings remind the viewer of the bliss of a Chicago summer, even if Fisher is basing the waterways on a faraway lake. In the gallery, all lakes are equal.

The texture and glimmer of summer are evident in Fisher’s works. His brushstrokes are thick and flatten the image, with singular lines drawing a horizon. This style is reminiscent of advertising design used by the 1960s Los Angeles artists in the Finish Fetish group. Like these artists, Fisher’s work focuses on high-gloss form. The blue of the sky would dissolve into the blue of the waves without the horizontal—and oftentimes, wavy—divide that Fisher employs in his work. With the boldness of the line, the viewer can differentiate between sky and water. They can see which blue belongs to which element. 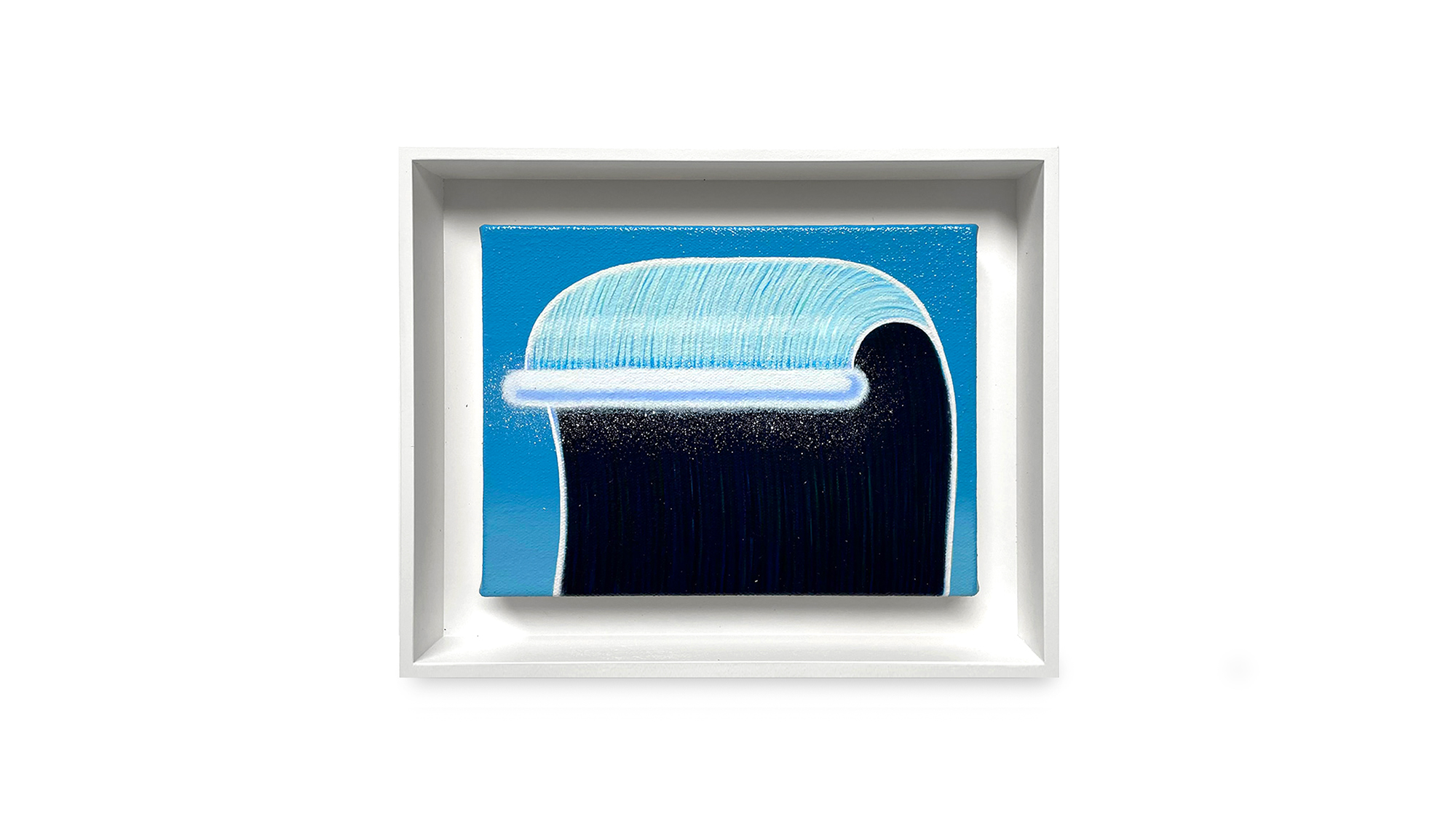 Fisher’s works also create a world without humans. Without figures present, the paintings’ main entity is the water. The viewer is invited to meditate on the color blue, to become enraptured in the hue, and to abandon their reality and join the utopic setting.

“For the Early Years,” an acrylic painting that is six by eight inches, features a dark wave with lighter blue hues sprinkled at the crest. This seems like a nod toward Fisher’s early experience on the Atlantic Ocean. However, the dark, deep blue is also reminiscent of the deep depths surrounding the Great Lake states.

De Wain Valentine, an American minimalist sculptor in the Finish Fetish group, said of his work in 1984, “All the work is about the sea and the sky. And I would like to have some way, a magic saw, to cut out large chunks of ocean or sky and say ‘here it is.'” Like Valentine, Fisher’s work seduces us with pure elements—they are cut out from a seascape and presented in a small frame.

Where Fisher’s work is inspired by the Atlantic, as well as the West Coast’s Pacific Ocean, the works can be folded into the third coast. Our deep waters also kiss the blue horizon and cascade around us.