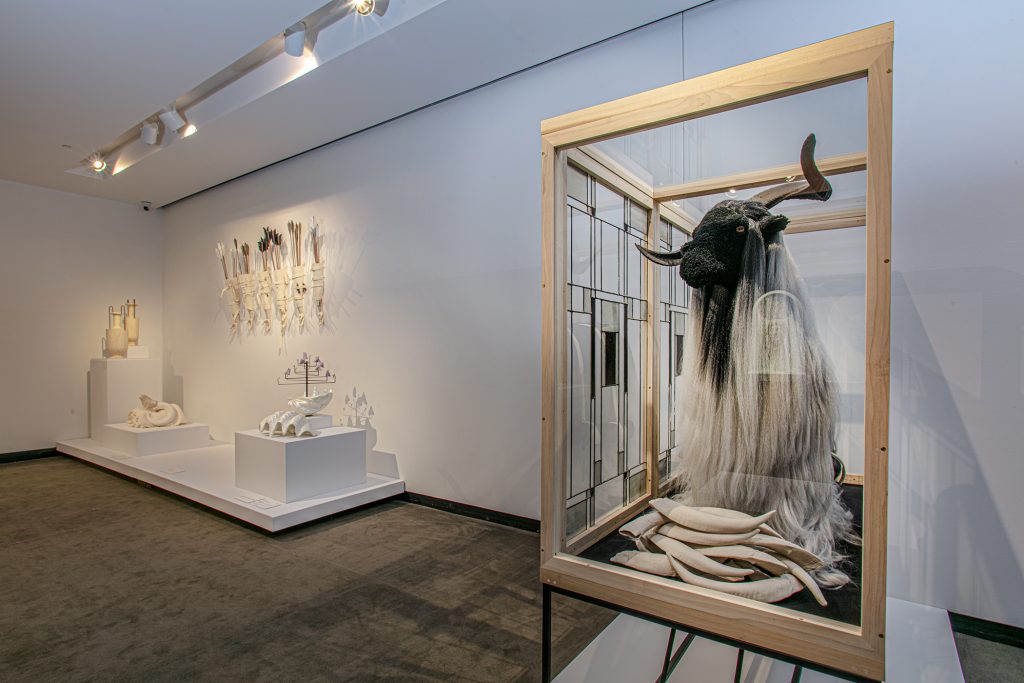 Artists necessarily collude with magic. This may sound like an art cliché, and some formalists might bristle, but it’s true. At some point in their work, an artist creates something even they couldn’t imagine, something the world has never seen before. David R. Harper’s “Zodiac,” on view at the Racine Art Museum, aspires to the celestial to describe our own quotidian natures.

Harper has created a dozen artworks that describe the signs of the western Zodiac, imagery taken from the stars that are said to correlate to our inner selves and the time of year we were born. The museum recently acquired all twelve works of Harper’s “Zodiac” as a gift from the Kohler Foundation. While acknowledging the iconography of the animals and characters of the Zodiac, Harper has riffed, experimented  and otherwise tripped fantastical evocations of this elemental imagery.

On my first pass of the small, darkened partition that holds these twelve pieces, I was disappointed that the artist hewed so closely to the original iconography of the Zodiac. The lion, the crab, the scorpion, are all authentically ascribed to their appointed sign. But I realized on looking further, that this connection to our original understanding of these images is important. The archaic constancy of the stars allows Harper to connect with the familiar. Within the parameters of the historical symbols, the artist grows and stretches. 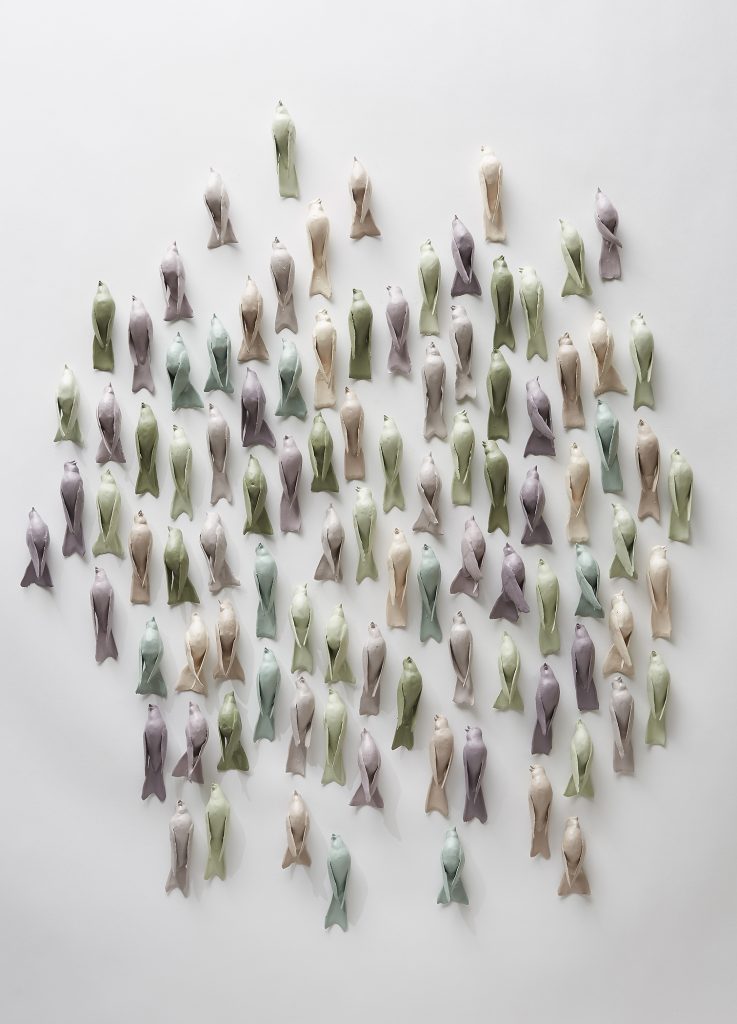 The artworks feel antiquated, and in fact often use Greek historical iconography, making them feel like relics. Portraiture and vases adhere to classical antiquity in form, but colors softly make a transition from the dusky white of old stone and expand into playful, powdery pastel. Material experimentation helps to pull these works squarely into the contemporary canon. Pisces, formed of two classically shaped vases, are layered with leather made from fish, the texture of scales and the long silhouettes of the animals clearly visible as the skins wrap around the vessels. The ram of Aries is portrayed with its life-sized head and horns coated in a layer of milk. Harper’s interest in using non-traditional materials to flesh out the symbolism of his objects complements elegantly with the museum’s collection, which houses the largest contemporary craft collection in North America. 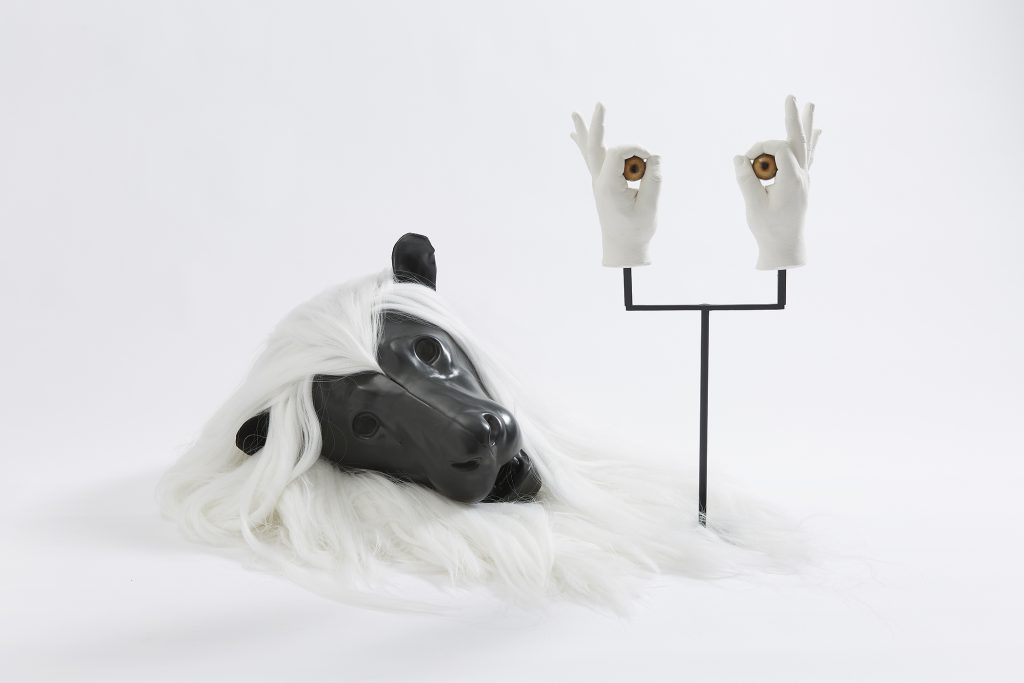 Along with the signature animals and objects in this cosmology, Harper also interprets the Zodiac with his own signatures. Many of the animals are caged or otherwise ensconced in glass-walled boxes. Often these containers are made from leaded glass, creating a sense of the animals being trapped, but also evoking the decorative displays of the Wunderkabinett. The entombed objects feel even more precious, vulnerable or perhaps even dangerous. The artist is also devoted to using life casts of hands and fingers that hang in the air, pointing and plucking at other elements in his compositions. The use of disembodied digits is most effective in Leo, where two hands hold up the glass eyes of a nearby, sightless lion’s head resting on a plinth. At other times these life casts seem superfluous, evoking timeworn sculptural solutions.

An earlier exhibition of Harper’s “Zodiac” was installed at the Gardiner Museum in Toronto, where the works were displayed side-by-side with historical objects from the collection. The interplay of the historical and the contemporary was elegant in this iteration. While the Racine Art Museum reasonably highlights this gift from the Kohler Foundation to their permanent collection by bringing these objects together without additional context, I also look forward to seeing Harper’s work again, perhaps in conversation with other treasures the museum holds.