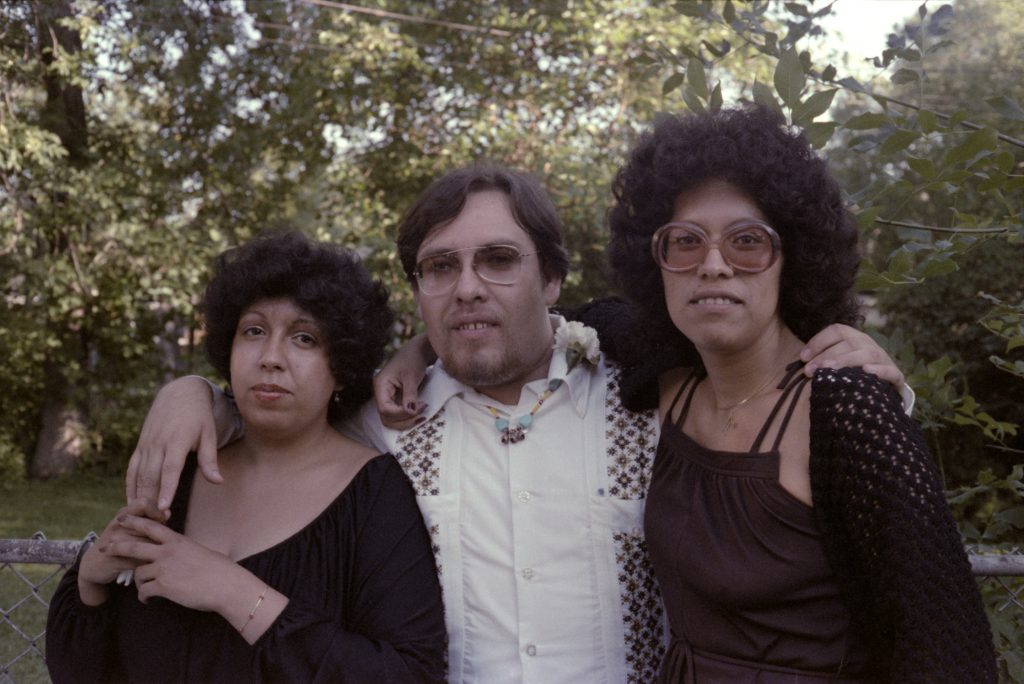 To call Mexican-born queer feminist artist Diana Solís a photographer is an understatement. In her show at The Poetry Foundation, “Diana Solís: Encuentros, Photographs of Chicago Poetry Communities, 1978-1994,” Solís shows herself as so much more. Curated by Oscar Arriola and Nicole Marroquin, the exhibition of photographs and ephemera is a literal history of poetry in Chicago during those fertile years. 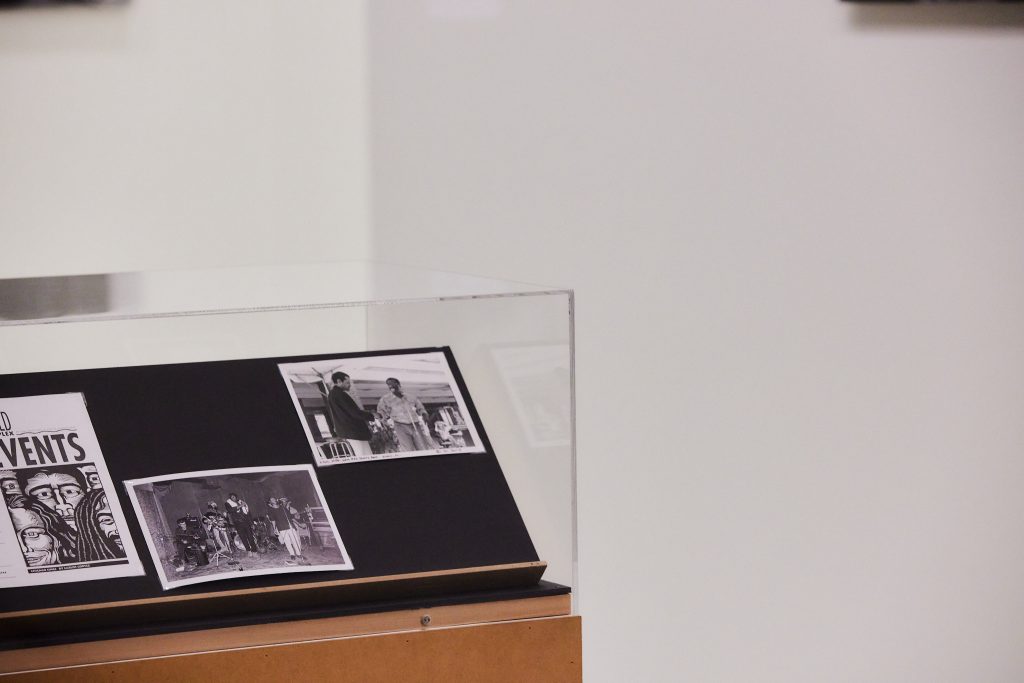 In the vitrines are contact sheets of portrait sittings with the likes of Marc Zimmerman and Beatriz Badikian with Solís’ notes, one of her datebooks with sittings by poetry luminaries like Sandra Cisneros penciled in its pages. There is the envelope from a Cisneros photo session, and the negatives in sleeves where Solís’ name has been misspelled Salis. (Those of us who used Gamma will not be surprised.) There are small chapbooks from the poets photographed by Solís and even one of Solís’ cameras. Analog was the only way to shoot before the advent and popularity of digital capture, and Solís knew how to use her camera. Solís has long been involved deeply in the poetry community as well as the Chicano community with all the ways she creates—add painting, illustration, printmaking and public murals, among others to photography and you begin to get the picture. 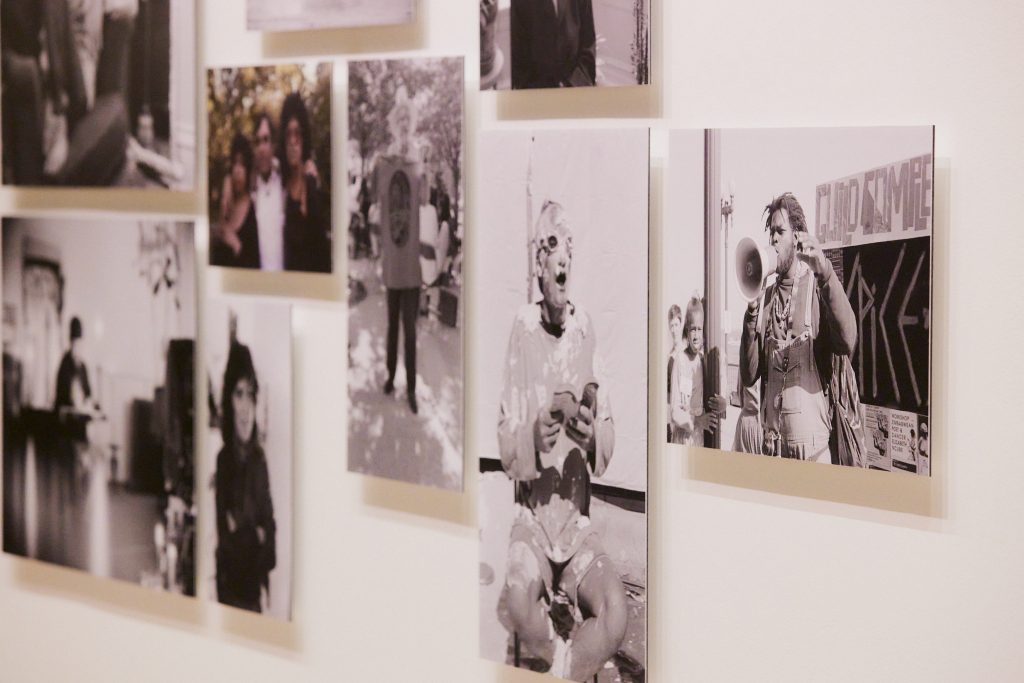 Chicago was a center of poetry during those years with venues abounding. Solís sets the scene, not only with candid portraits, but with images of the “scene.” HotHouse, Weeds, La Decima Musa, Guild Complex—venues abounded, and poetry festivals did as well. There are images here from the Chicago Poetry Festival held at Navy Pier when it was still affordable, and “Venceremos Mujer!,” a feminist festival in Elgin. Poetry was ubiquitous during the years 1978 through 1994 and Solís captured it in all its glory. 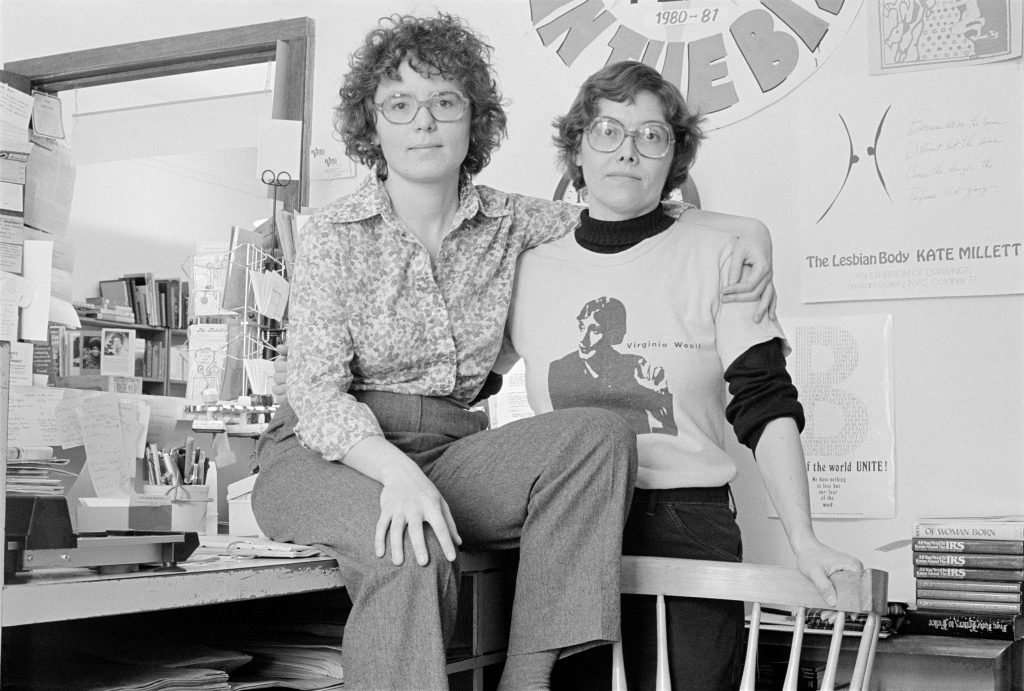 The portraits on the walls are wonderful. Solís’ subjects are clearly engaged, gazing at her as one gazes at a friend, because most of these people were, and probably still are, her friends. A few favorites are one of Carlos Cumpian and two of Sandra Cisneros, who is incredibly winsome in both. There’s a great image of Marguerite Horberg, who has always been such a great enabler and supporter of poets, artists and musicians at her HotHouse. There’s also a fierce image of poet and firefighter Marta Collazo and a great warmly smiling portrait of David Hernandez.

The title of the show, “Encuentros,” which translates to encounters, is perfect. Diana Solís was right there, in the thick of things during those years that poetry reigned in Chicago, and the images in this show take you there in a time machine. Not only is this a record of something, but it is a heartfelt, nostalgic archive of a period Chicago should feel proud of. See more images here.