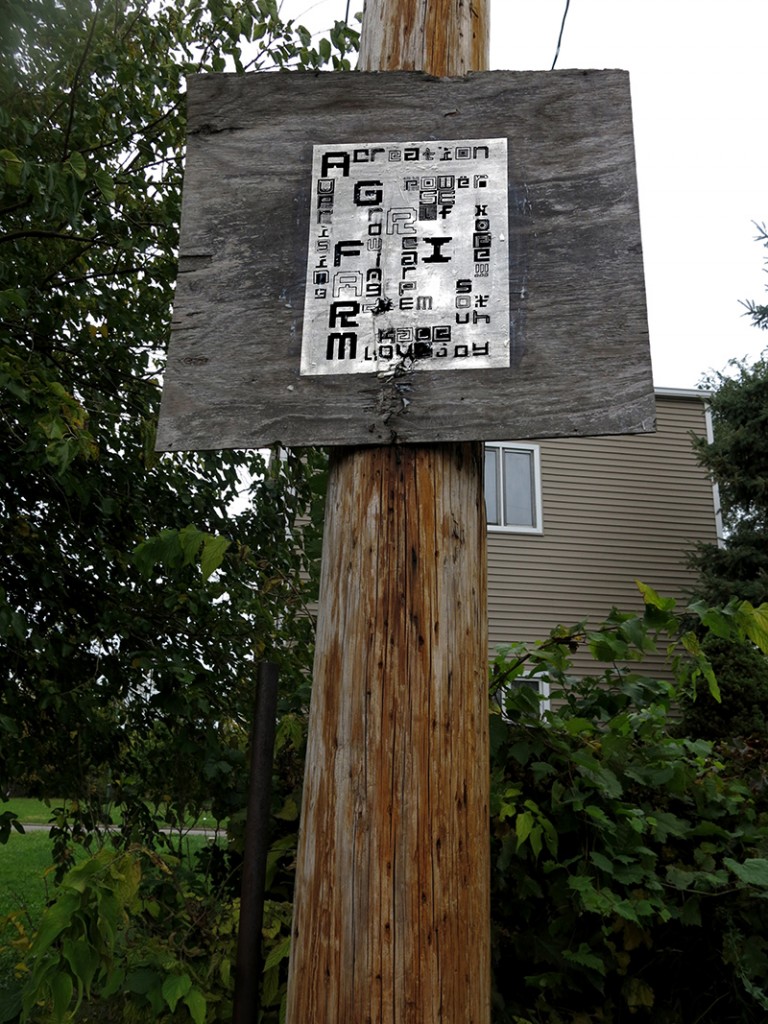 For some art, a gallery acts less like a space that showcases living creativity and more like a funeral home where you go to stare at dead people. Just as that dead person you see laid-out before you was once bright and living in the world, the art so filled with promise and meaning in its proper context, now hangs lifeless, eviscerated by clean corridors, harsh lights and climate control. Like a lot of socially engaged art, sadly, this is the case with Nuria Montiel’s “Wxnder Wxrds” at the Hyde Park Art Center.

The recipient of a Jackman Goldwasser Residency, the Mexico City artist spent the fall of 2014 wandering and wayfaring throughout the city engaging individuals and institutions in her collaborative printmaking practice. By using a unique “Bauhaus-Chicago” letterpress type conceived by Montiel, the artist and her many co-conspirators gathered a selection of meaningful words such as “raw,” “risk,” “against fear” and “change” and shaped them into poetic compositions. The jointly realized monoprints were often wheat-pasted publicly, activating the site of their creation. 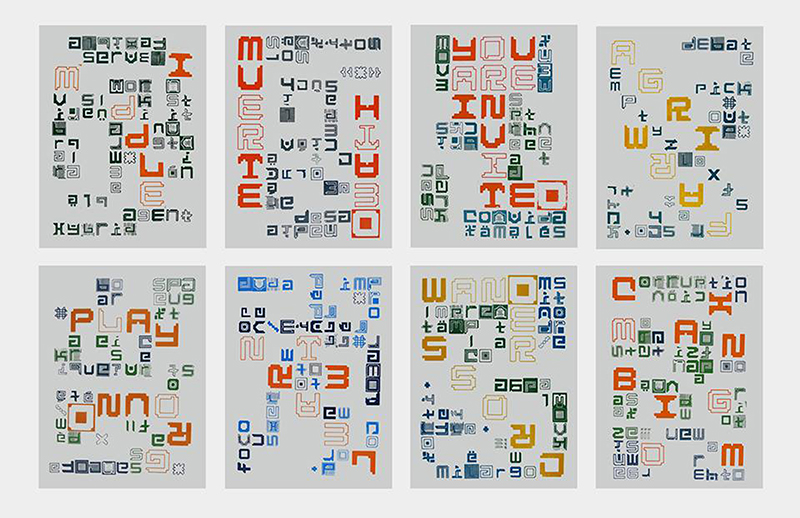 Seeing the results hung at the Hyde Park Art Center then, is somewhat anti-climactic. There’s a sameness to the series of prints—which have the character of late-twentieth-century 8-bit graphics—that betrays the spirit and vitality of their execution. While the ink is possessed of a rich, velvety quality that sits nicely on the paper’s surface and I found myself thoroughly engaged in deciphering the numerous clipped, reversed and bilingual passages, I couldn’t help but wonder what it must be like to see the work in situ—to stumble upon a message of hope and wonder on the scarified surface of a boarded up Garfield Park building.

The challenge of presenting socially engaged practice is overcoming its time-bound topicality. How can the works stand as more than signifiers of an ephemeral, participatory moment that has passed, and how too, can the viewer be a participant and not simply a passive onlooker? I admit these aren’t easy problems to address, but works such as Montiel’s demand they be solved. (Alan Pocaro)

Through February 21 at the Hyde Park Art Center, 5020 South Cornell.