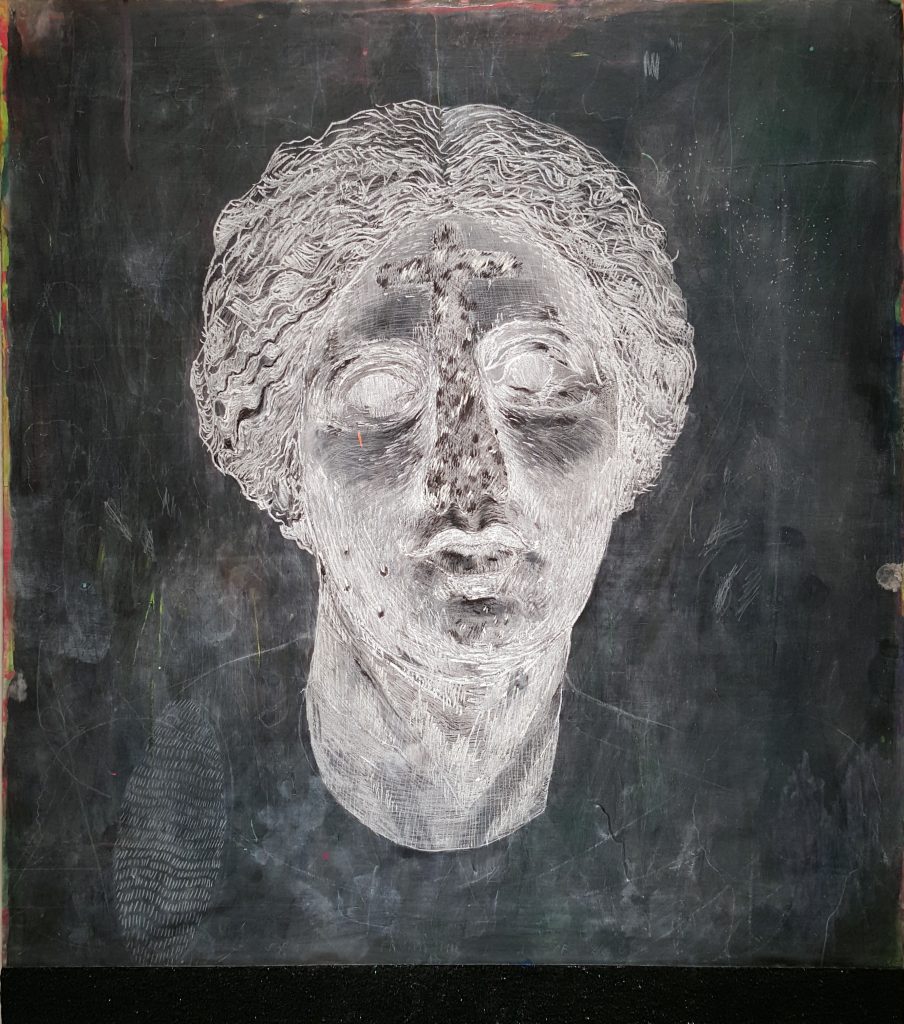 Composed primarily with white chalk—a material not renowned for its durability—the eight drawings in Erin Washington’s arresting new show “Useful Knowledge” arouse searching questions about why some images and ideas last, while others are erased by time. These modestly sized, almost achromatic works are complex in spite of their relative formal simplicity, and contemplative despite a single off-pitch nod to spectacle.

In “Ruin and cosmic dust” the viewer comes face-to-face with a striking portrait of Aphrodite, her head floating ambiguously within a field of matte gray trimmed with radiant glimpses of red and green. Executed with a deft touch and great economy, the piece is one of several references to classical civilization in the show; symbolically evoking the perceived permanence of Western values rendered with the fragility of a medium that at any moment is in danger of being wiped away.

A similarly provocative contrast is achieved by the detailed depiction of a Hellenistic vase in “The Empty Vessel.” But unlike other pieces in the show, the work competes fiercely with the wall upon which it rests. Papered with reflective “space blankets” from floor to ceiling, a cheap yellow glow engulfs the picture, suggesting that the “golden age” of Western civilization was nothing more that a low-rent façade. A challenging sentiment no doubt, but one that somewhat diminishes the meanings implicit in Washington’s other works, which are often achieved with great subtlety, as in the depiction of a waning scar on the artist’s hand in her “..after Zeus” series. 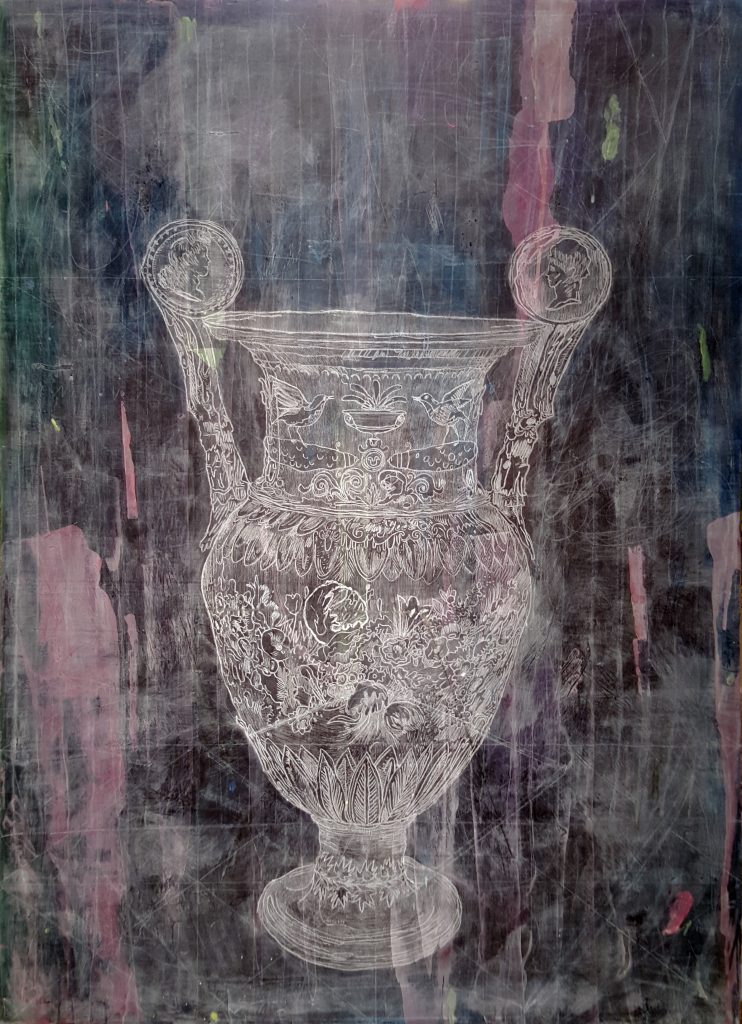 Few things seem as enduring as scars, be they physical or psychic, and yet they almost always fade, just as the objects, ideas and values we consider permanent and enduring are only so as a consequence of our belief in them. Once we’ve lost faith in their utility, all bets are off. A rumination on the persistent desire for stability and substance in a culture defined by a rudderless drift into the shallow end of the kiddie pool, Erin Washington’s “Useful Knowledge” is an auspicious start to the New Year. (Alan Pocaro)