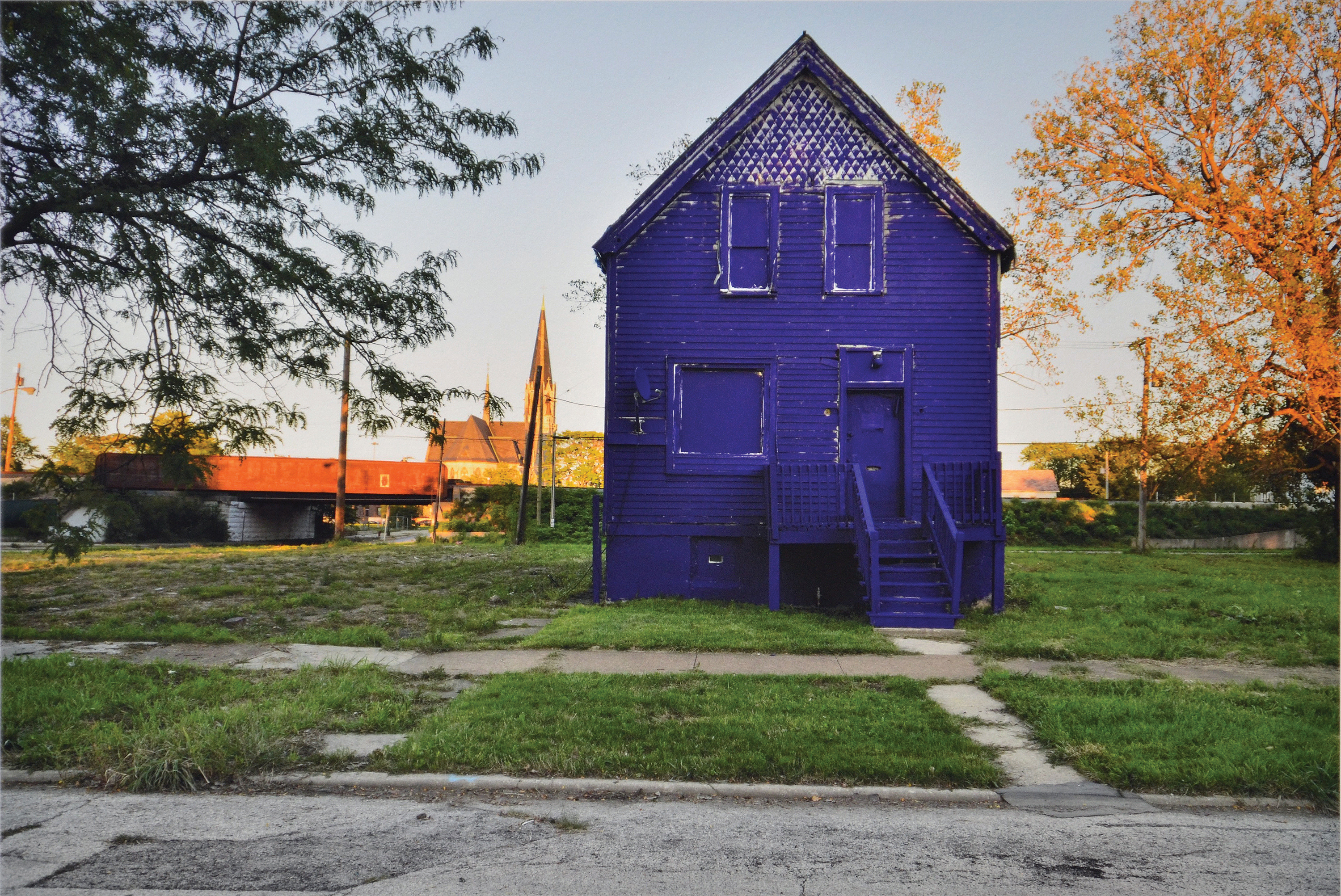 In her first solo museum exhibition, Amanda Williams brings together her “Color(ed) Theory” project, presented in Chicago’s inaugural Architectural Biennial in 2015, alongside new works across sculpture, photography, paper and other media. Trained as an architect, Williams understands space in its many forms and is masterful in fostering larger-than-life connections between the personal, the social and the political.

Williams was raised in Auburn-Gresham and now lives in Bronzeville, both predominantly black South Side neighborhoods. It was her personal experiences growing up that urged her to create “Color(ed) Theory,” a site-specific installation negotiating issues of race, politics, black culture and urban decay. The idea behind the work was simple: the exteriors of eight soon-to-be-demolished Chicago houses would be painted in bright colors. But in its essence it was much more complex: each house would be a different color. And each color would have its own very elaborate, culturally imbued meaning: Ultrasheen blue, Pink Oil, Harold’s Chicken Shack red, Currency Exchange yellow, Safe Passage yellow, Newports teal, Crown Royal purple, and Flamin’ Red Hots orange. The houses, impossible to ignore from the street, made one wonder: What color is our city? Does racism or violence have a color? 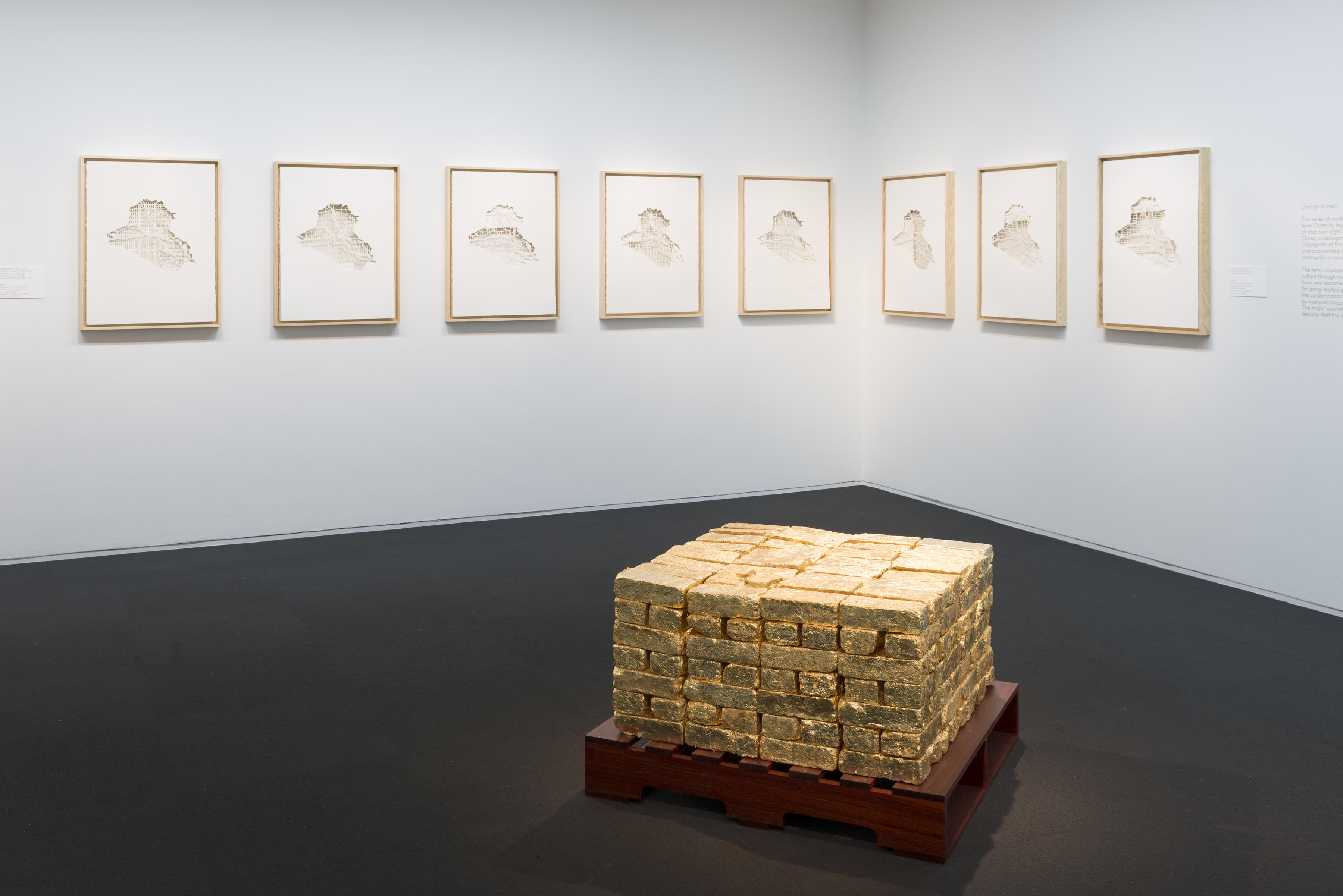 Through a multidisciplinary design practice that combines art, architecture and community, Williams comments on the social issues that affect Chicago’s cultures and communities. Next to photographs of the recently painted houses, hang “Garfield Park is Iraq?” and “Englewood is Iraq?”, a pair of works on laser-cut paper featuring a grid-like white background. “It’s a Gold Mine/Is the Gold Mine?” asks another work made out of salvaged Chicago bricks wrapped in golden metal leaf. The fool’s gold bricks were collected from the foundations of demolished Chicago homes. More imitation-gold-leaf covers salvaged brick across a wall as a commentary on morality, desire and the excessive materialistic values of contemporary society. 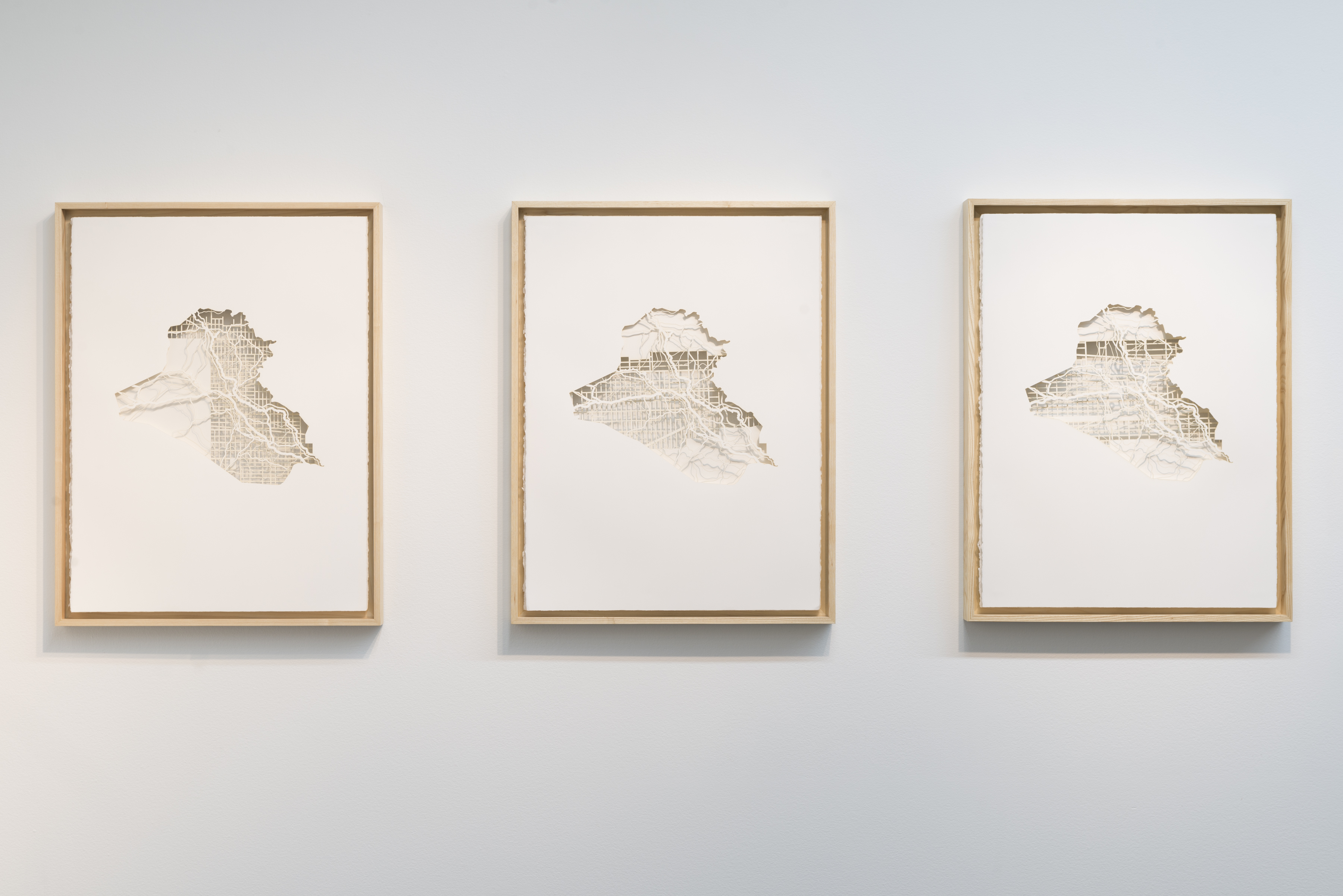 Elsewhere, Williams prompts the viewer to “Be The Girl with the Turned-On Hair.” The work is minimal—a conditioner bottle hooked on the gallery wall—an ode to Johnson Products company, the international cosmetics empire headquartered in Chicago that became the first African American-owned company to be listed on the American Stock Exchange. It represents yet another symbol of black consumer culture marginalized by white society.

Where ambiguities of proprietorship, aesthetics, social relations and the political economy of everyday life collide, Williams’ exhibition draws on a wide range of inspirations and material from private and public spaces, to rise as a bright example of change. Williams’ work reminds us of both the progress made and the work still ahead. (Vasia Rigou)