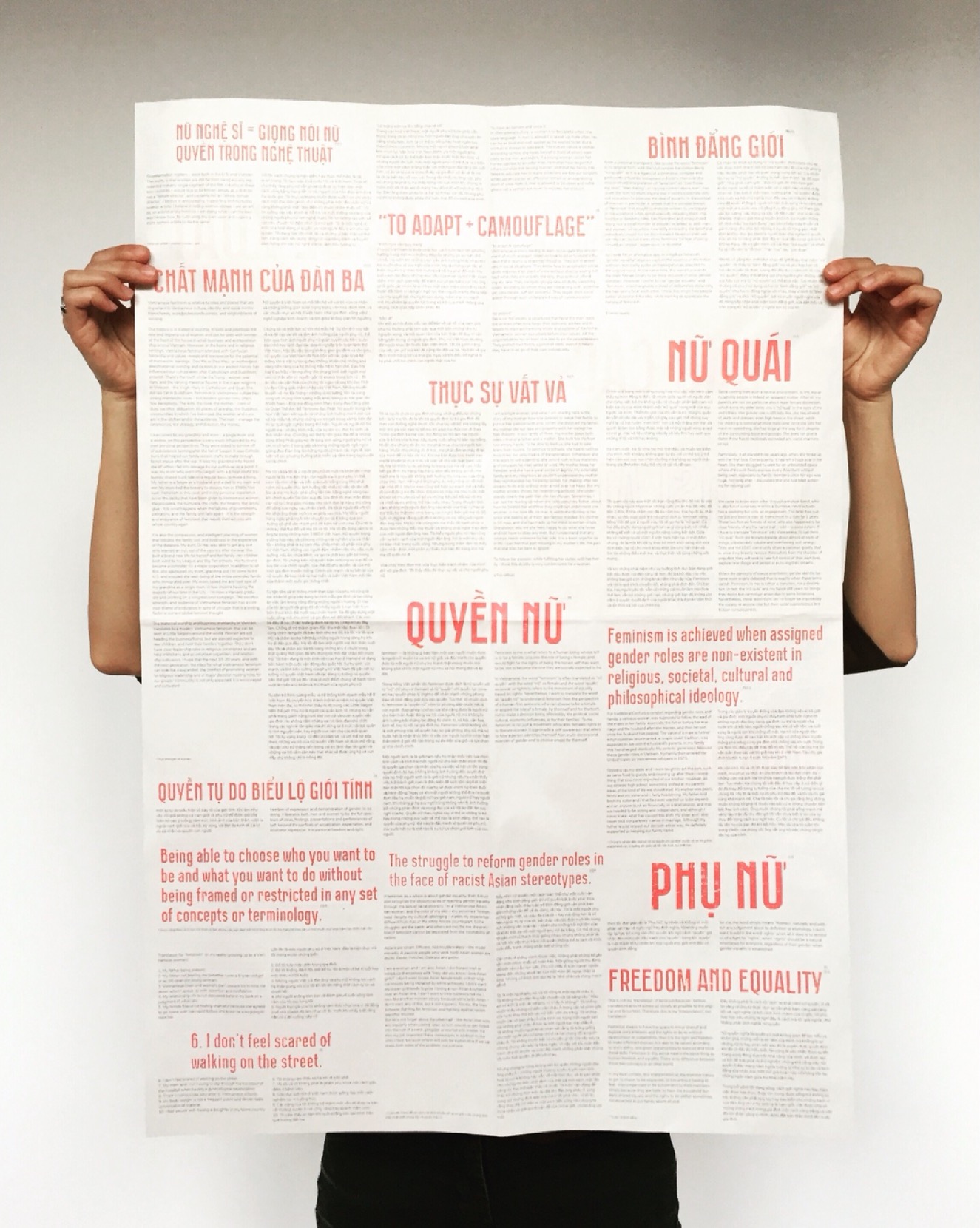 Important, heart-rending, and elucidating, Huong Ngo’s “To Name It Is To See It” feels like nothing less than conceptual magic.The artist’s largest museum presentation to date, it is a show which paradoxically manages to be both freighted with import—themes as heavy as dying stars—and suffused with information but minimal in its presentation. It is approachable and democratic in its design and delivery, a light expression of unbearable being, a funeral shroud or flag. A materially rich distillation of Ngo’s research into the life of 1930s Vietnamese anti-colonial activist Nguyen Thi Minh Khai—done in France and Vietnam—the show both presents the challenges faced by Minh Khai, whipsawed by the colonial government and by the sexism of her rebellious peers, as well as echoes, via themes of spying and surveillance, colonialism and feminism, issues which continue to suffuse the global atmosphere today. 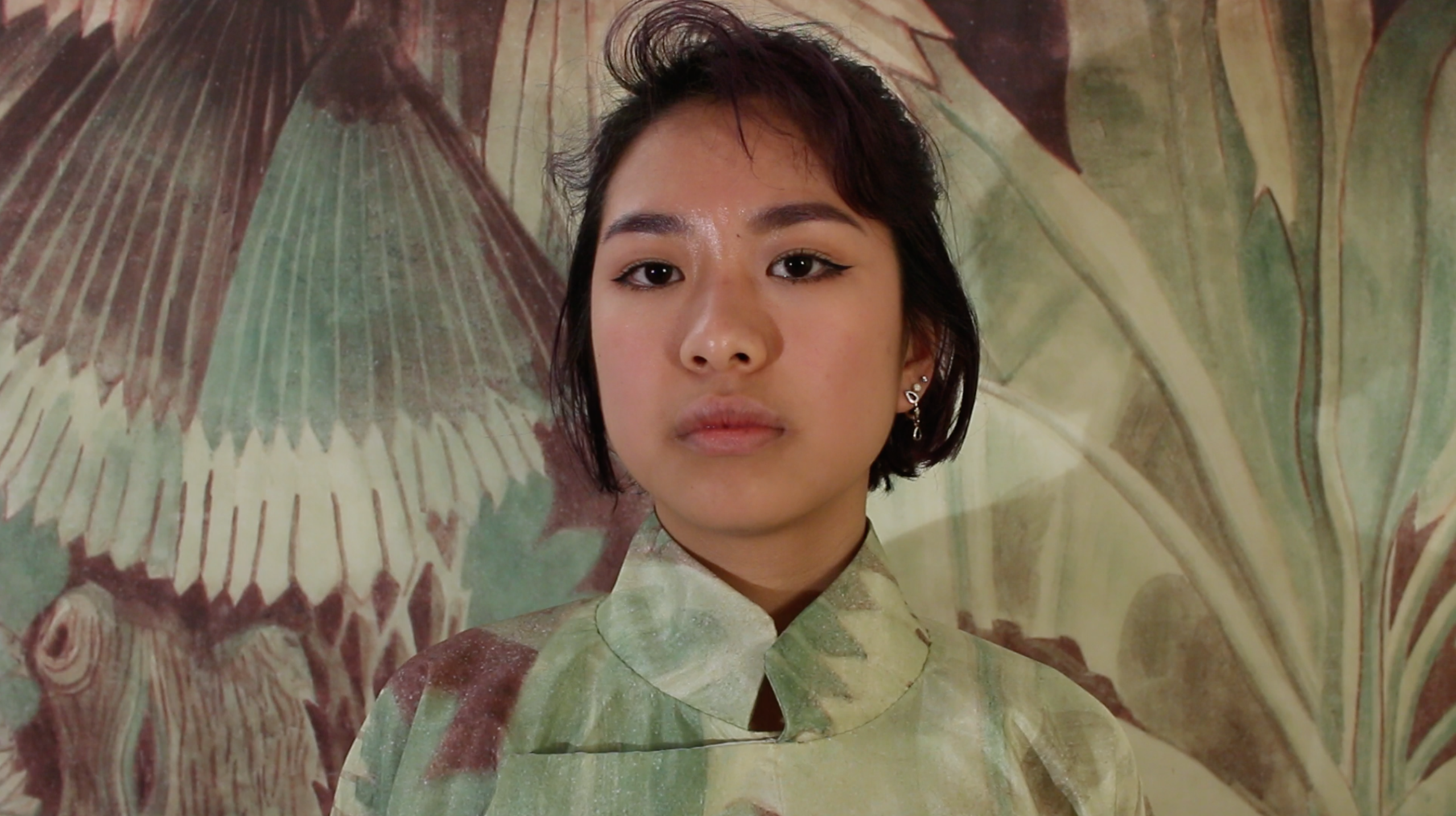 There is a kind of visual reportage to this thoroughly researched and immaculately presented exhibition, with meaning and knowledge infused in every work. The type used in “Proposal for a Translation,” specially designed by Giang Nguyen for the printing of specially commissioned translations of “feminism,” make the very language of the show bespoke. The “In Passing” series consists of two shirts which share their pattern with a mural from the Palais de Porte Dorée, now the Museum of the History of Immigration in Paris. One, a reproduction of a mandarin shirt of the kind Minh Khai wore in photographs circulated by the authorities, blends perfectly into its background, just as the revolutionary did when she subsumed herself in the colonial fabric of Vietnam, hiding as a male shirt maker. The other, set further from the camouflage, has its hidden pockets on view in the light of the gallery; the discovery of plans in such pockets were what led to Minh Khai’s execution. 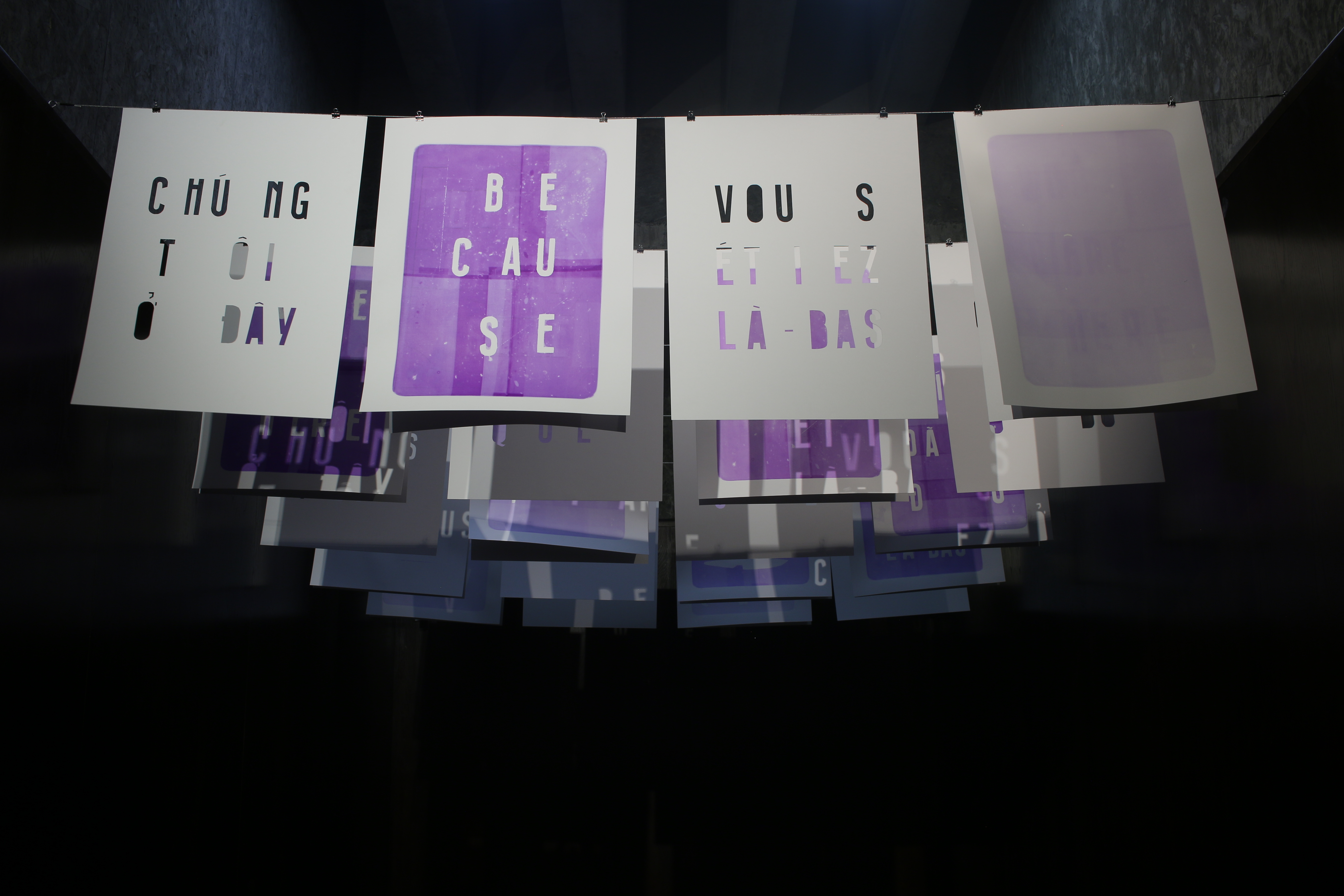 In the thin hallway gallery adjacent to the bulk of the show, prints made with the obsolete hectographic method—the kind used by the anti-colonial activists—use agar-agar, a common Asian dessert ingredient, to display English, Vietnamese and French iterations of the pro-immigration rallying cry “We are here because you were there.” The artist’s royal purple agitprop hangs over the observer’s heads like Damocles’ sword, a powerful reminder that history is written in blood and spoken through the gnashing of teeth. One leaves the show with eyes open, but blurred by now-knowing tears. (B. David Zarley)

Huong Ngo’s “To Name It Is To See It” shows through August 6 at the DePaul Art Museum, 935 West Fullerton.