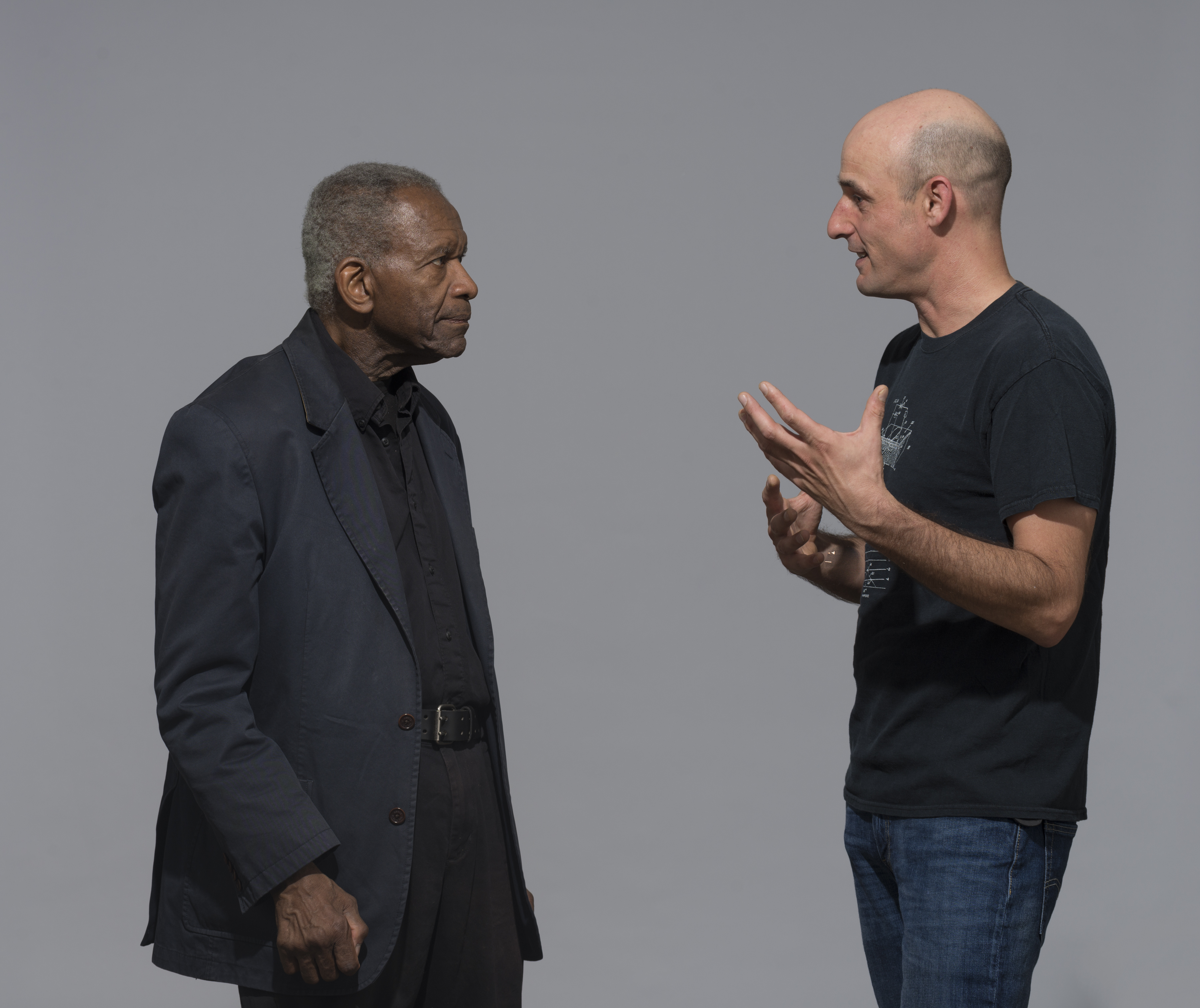 Chicago has long been a destination for artists seeking to hone their practice and take their work to greater heights. Hence, it’s no coincidence that this art season opens with a retrospective of the original Hairy Who at the Art Institute of Chicago, while the Smart Museum’s major exhibition celebrates a broader spectrum of contemporaneous South Side artists—AfriCOBRA, the Association for the Advancement of Creative Musicians and the Wall of Respect collaborators. And yet, the Chicago of the late 1960s and early seventies looked little like it does today. While space might still be cheap relative to other metropolises, waves of gentrification and development have drastically transformed Chicago’s urban landscape, pushing affordable living to the further-flung edges of the city. Teaching and other work opportunities for artists are scarce and underpaid, while collectors remain conservative in taste and thus limited in their local investments. Fortunately, as our art historical legacies prove, Chicago has always been a place for artists to thrive amongst communal support, undertaking creative experimentation with a collective drive whether or not institutions are paying or paying attention. If the histories of Chicago’s artistic movements can teach us anything, it is that Chicago is a home for artists who take risks and make their own ways. This year’s Art 50—our pick of Chicago’s artists’ artists—is dedicated to them all, past, present, and future. (Elliot Reichert)

All photos by Nathan Keay with photo assistance from Joe Crawford.

Shot on location at the Zhou B Art Center.

1
Dawoud Bey
Through iconic black-and-white portraits of black America, Dawoud Bey has come a long way from his groundbreaking “Harlem USA” photo series to his MacArthur Genius grant and to his most recent celebrated work currently at the National Gallery of Art in D.C., “The Birmingham Project,” honoring the victims of the 1963 church bombing at the 16th Street Baptist Church. His work has always explored identity and racism against African Americans. Bey has been working in Cleveland documenting the landscapes of slave history, like the Underground Railroad in “Night Coming Tenderly, Black,” which he installed at St. John’s Episcopal Church; it was one of the most notable mentions at the FRONT International triennial this summer.

2
Kerry James Marshall
It was impossible to move through “Mastry,” his massive 2016 retrospective at the Museum of Contemporary Art, and not be struck by the sheer beauty and import of what was on display: Kerry James Marshall, one of the finest reclaimants of the Western canon, had played the vile game hung upon him and others of color and had won. Black subjects were the exclusive focus of a major cosmopolitan museum and for a brief, glorious moment, the world was presented with an image of what the walls of the museum of the West could have looked like. Unparalleled at portraiture, Marshall is a builder first and foremost, a creator of new spaces and new wings in the museum’s canon, and his success can be drawn on as an important reserve of strength in trying political times.

3
Gladys Nilsson
Gladys Nilsson’s career has followed her husband Jim Nutt’s and her distinct recognition is long overdue. Both had the same coming up as BFA graduates from SAIC, were exhibitors in the original Hairy Who exhibitions at the Hyde Park Art Center, began teaching future generations in 1968, and received honorary doctorate degrees from SAIC in 2016. Nilsson’s figures that are often hybridized with plants and other animals bring non-human colors and patterns onto humanoid figures and take on particular resonance with the art world’s present fixation on the Anthropocene. Two exhibitions in Chicago open this September, featuring work by Nilsson in context with her beginnings: “The Time Is Now! Art Worlds of Chicago’s South Side, 1960-1980” at the University of Chicago’s Smart Museum of Art, and “Hairy Who? 1966-1969” at the Art Institute of Chicago.

4
Theaster Gates
In a world where the distinctions between artist and curator, collector, activist or celebrity are increasingly indistinct, Theaster Gates continues to surprise and confound with his myriad modes of making and doing. A ceramicist-turned-urban planner who took advantage of the early 2000s real estate bust to acquire and renovate properties in the South Side neighborhood of Greater Grand Crossing, Gates rose to prominence as the director of the University of Chicago’s sprawling Arts + Public Life program as well as the founder and current executive director of the nonprofit Rebuild Foundation, which includes public and semi-private cultural spaces, most notably the Stony Island Arts Bank, purchased from the city for a symbolic dollar with the help of his friend, Mayor Rahm Emanuel. This year, he received an honorary doctorate from the University of the Arts London and opened a solo show at the Kunstmuseum Basel of work derived from his recent acquisition of the Johnson Publishing Company archives. 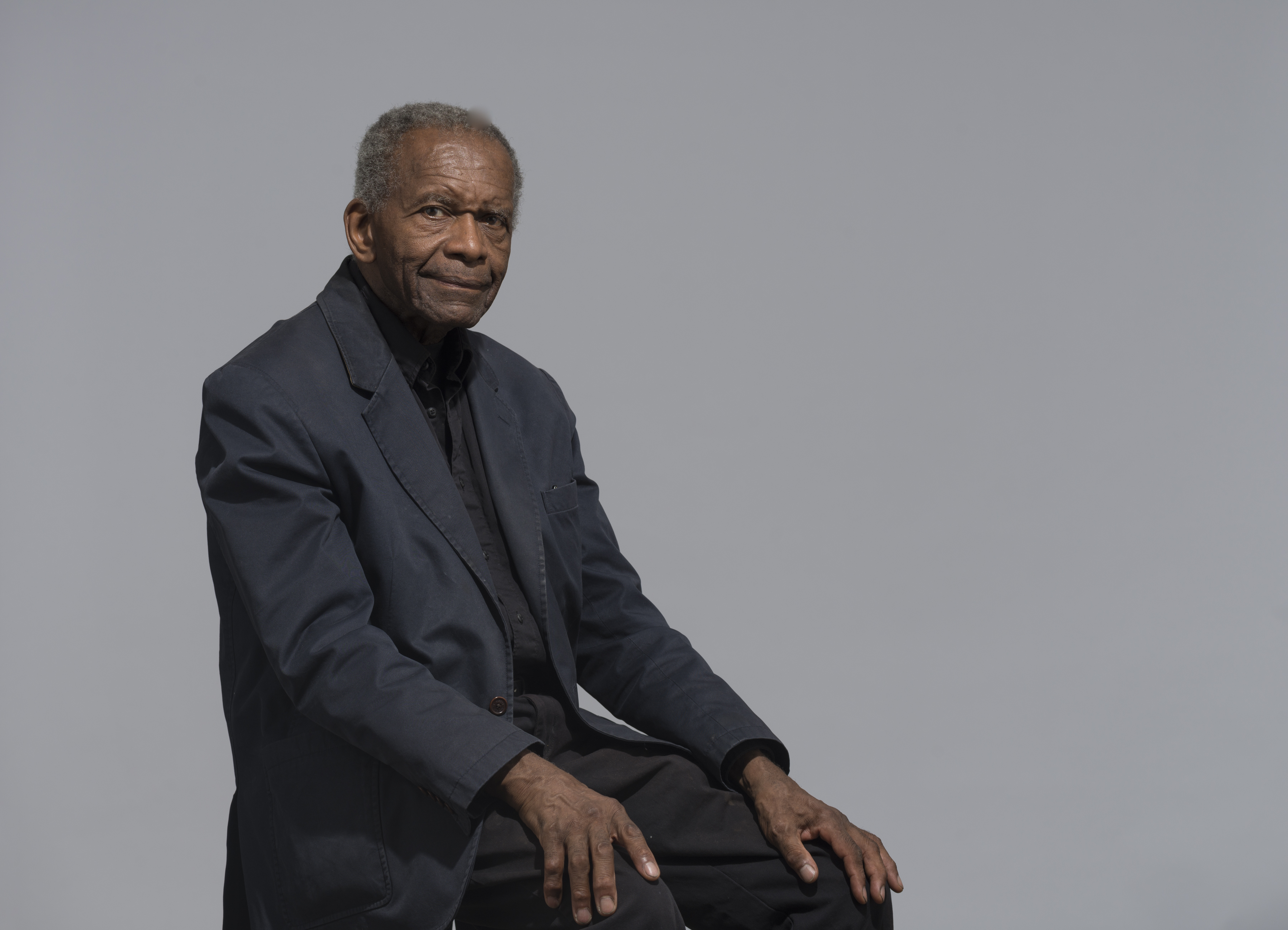 5
Richard Hunt
With over a hundred public sculptures cast across the United States, Richard Hunt ranks among the world’s most prolific living sculptors. Inspired at a young age by the larger-than-life welded abstractions of Picasso and David Smith, Hunt went on to produce his own massive works, acquiring a disused power plant substation in the mid-1970s to facilitate his ambitious public commissions. His cloudlike “Swing Low” hangs from the ceiling of the new National Museum of African American History and Culture, while “Spiral Odyssey” rises up from the ground of Romare Bearden Park in Charlotte, North Carolina. After a successful fundraising campaign undertaken by the great-granddaughter of Ida B. Wells to erect a monument in her honor, Hunt was tapped for the project, slated to coincide with the renaming of Congress Parkway after the African-American activist. Hunt has dedicated his life to cultural service, serving by presidential appointment on the board of the National Endowment for the Arts and on the Smithsonian Board of Directors.

6
Jim Nutt
If according to Newcity’s inaugural Art 50 from 2012 “Jim Nutt is the grandfather of us all,” then it’s fitting that Nutt and fellow Hairy Who members Gladys Nilsson and Karl Wirsum be slated to have work of theirs from the Museum of Contemporary Art Chicago’s permanent collection in the upcoming exhibition “West by Midwest.” Described on the MCA website as following “crisscrossing lines of kinship” to reveal “social, artistic and intellectual networks of artists and their shared experiences of making work and making a life,” Nutt’s influence as an artist and educator will receive the attention of scholarship previously reserved for the works of art themselves.

7
Karl Wirsum
Karl Wirsum’s place in Chicago’s art history set by his participation in the Hyde Park Art Center’s Hairy Who exhibitions in the late 1960s is still felt fifty years later, as upcoming exhibitions at the University of Chicago’s Smart Museum and the Art Institute of Chicago pull from the same early works. Like fellow members of the Hairy Who included in this year’s Art 50, Gladys Nilsson and Jim Nutt, Wirsum’s work is often considered in relation to artists who followed in his footsteps, having been given permission to marry high and low by Wirsum’s irreverent, amusingly abject and decidedly human figures.

8
Michael Rakowitz
The paper plate was the key, its argent-lacquered lips, menacing black coil, aesthetically identical to the china of Saddam Hussein, rendered in simple paper and given away at the artist’s first retrospective, hosted by Chicago’s MCA. This bathetic wringing from a Baathist captures Rakowitz’s uncanny ability to muster the horrific and tragic and hopeful, to manifest the inscrutable and painful from the everyday and prosaic. After this, he rendered the ancient Lamassu statue on London’s epic Fourth Plinth, returning the looted glory to the heart of empire. In relating the American invasion of Iraq to Hollywood’s “Star Wars,” recreating priceless lost artifacts with food wrappers sourced from the people who looted them, inverting the power dynamics of war in a food truck where Iraqi refugees cook and American veterans serve, Rakowitz conjures ghosts: spirits who can speak with us here and now.

9
Michelle Grabner
Despite returning to Wisconsin in 2015, Michelle Grabner remains a vital part of Chicago’s art world. Grabner continues to teach at the School of the Art Institute, as she has for the past twenty years. The Suburban, the project space she founded with her husband Brad Killam in 1999 in Oak Park, moved with her, and the two also run The Poor Farm, an ambitious not-for-profit project space in rural Wisconsin. Grabner curated this summer’s “FRONT International: An American City,” a new art triennial based at various locations in Cleveland. Before all this, she is very much a working artist. This year she was part of a group show at Manhattan’s James Cohan Gallery that focused on artists working with grids. Her work was also on view in an Elmhurst Art Museum exhibition that decoupled domestic objects from their original function. One work, site-specific gingham curtains, cleverly engages with the museum’s signature Mies van der Rohe windows.

10
William Pope.L
It’s not his newest work—Pope.L seems to be constantly creating, and the buzzing neon hovering like the host above Manhattan’s High Line and his first major solo showing in France have made 2018 another prolific year—but it is impossible to think of Pope.L now and not return to “Trinket,” the 2015 installation wherein an immense, torn, custom-made fifty-one star American flag flies forever in fan-driven winds. In a time when the American flag has become a referendum on the entire nation—to see it writhe like the living thing it is encapsulates a moment, to see his demand for reparations burn in the night sky over a tyrant’s shining city—is to encapsulate righteousness and hope.