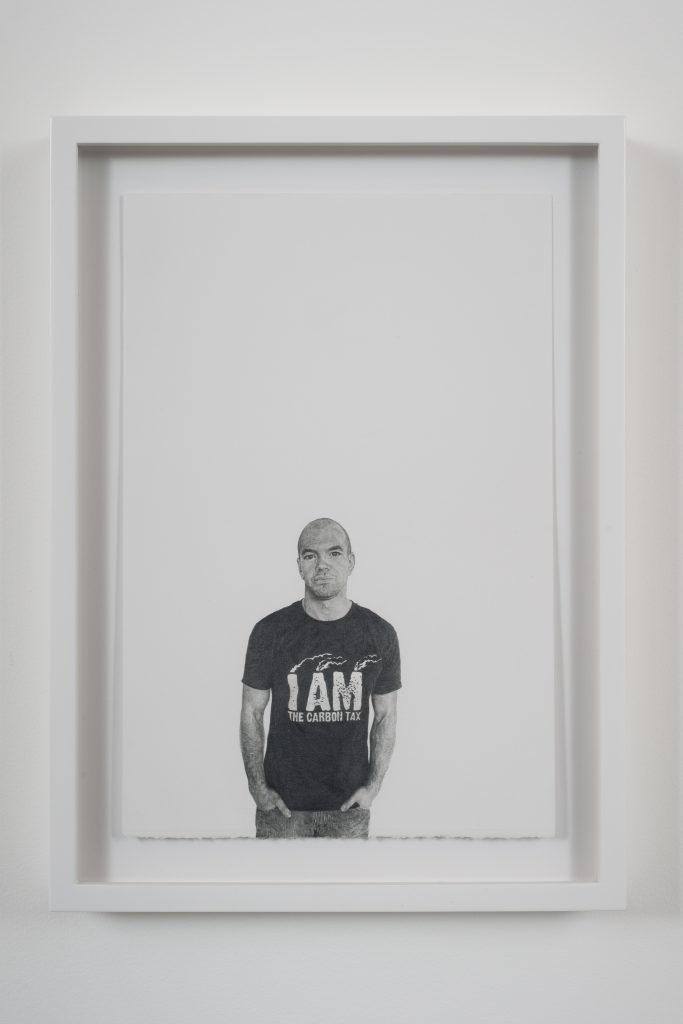 Early in her career, Los Angeles-based artist Andrea Bowers developed an intensive drawing practice. She would source news images of a crowd—fans at a sporting event, a figure skater on the ice—and draw in detail a lone figure, rendered tiny on a page, surrounded by blank white space. It is this laborious practice, requiring attention and care, and with a focus on anonymous participants—minor characters—that feels connected to all of Bowers’ work since. This care, deeply rooted in social practice and feminist ideology, is evidenced in Bowers’ expansive solo exhibition, on view at the Museum of Contemporary Art before traveling to the Hammer Museum later this year.

A series of works on the “Army of Three,” activists who provided information on obtaining abortions before Roe v. Wade legalized the procedure in 1973, takes up nearly twenty-seven-by-seven feet of wall. From afar, the installation resembles a quilt. Photocopies of letters to the “Army of Three”—Rowena Gurner, Patricia Maginnis and Lana Phelan Kahn—are arranged in a grid alongside sheets of patterned wrapping paper from the time period. Viewing the exhibition days after the Supreme Court positioned itself on the precipice of overturning Roe v. Wade was wrenching. One letter, from 1968, is written on behalf of a seventeen-year-old girl who was raped and subsequently became pregnant. Another is from a forty-three-year-old mother of three. An undated letter finds its author “seven weeks along a road toward a severe disaster.” Other letters detail fear of forced marriage, loss of jobs, expulsion from school and untold amounts of mental anguish. The reproductions, though dated in obvious ways—like the difficulty of obtaining information and the slowness of snail mail, nevertheless are strikingly contemporary. People still require abortions for all of these reasons, and more, in their quests for autonomy, and there are still so many barriers to accessing this essential right. 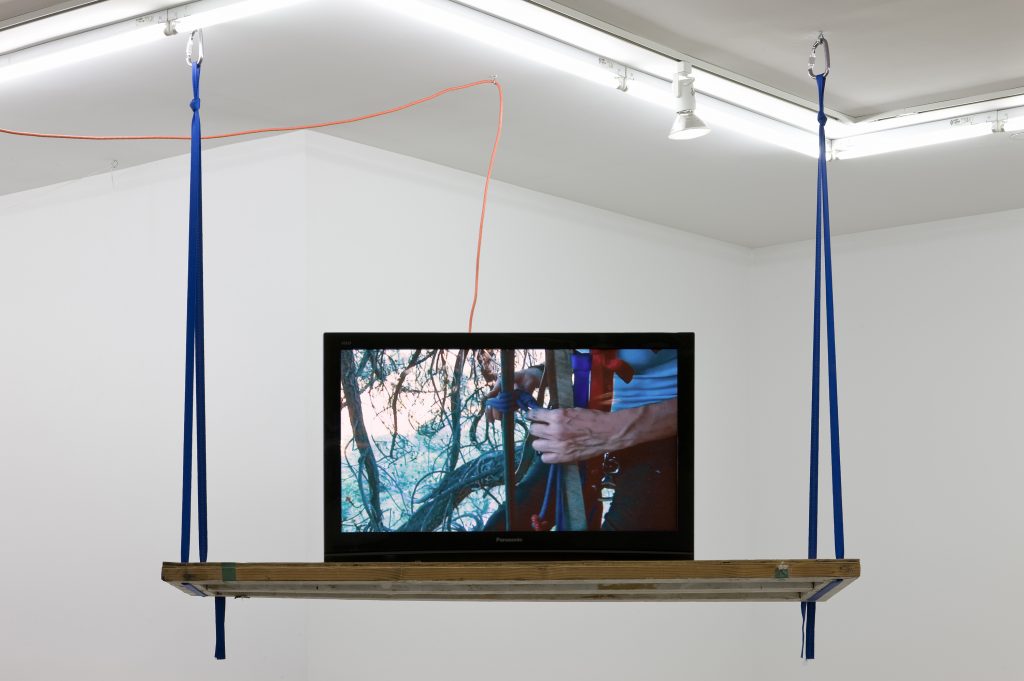 Bowers’ growing interest in political action, as well as her predilection for ceding the floor to activists, is apparent throughout the exhibition. A 2014 video, “L’arme d’une princesse/The Weapon of a Princess,” features the late Malian musician and activist Fantani Touré speaking about her unconventional life as a performer and her advocacy on behalf of Malian women. Several works center around tree-sitting, wherein activists set up camp in trees slated for removal. The 2003 video “Vieja Gloria” documents a demonstration by John Quigley, who was attempting to save a 400-year-old oak tree in California. In a 2009 video, Bowers films Quigley showing her the techniques for tree-sitting, effectively sharing the skills with the viewer. Bowers eventually became a tree-sitter, and was arrested for it in 2011, which she documented in both the video “I Plan to Stay a Believer – The Arcadia 4 Tree Sit,” and in a drawing of her mugshot, from 2013. One of the last pieces in the exhibition, a 2020 video titled “My Name Means Future,” concerns Tokata Iron Eyes, a Standing Rock Sioux tribe member. Filmed outdoors, in breathtaking sacred locations around South Dakota, Iron Eyes talks in depth about her activism work against the Dakota Access Pipeline and the history of Indigenous resistance. 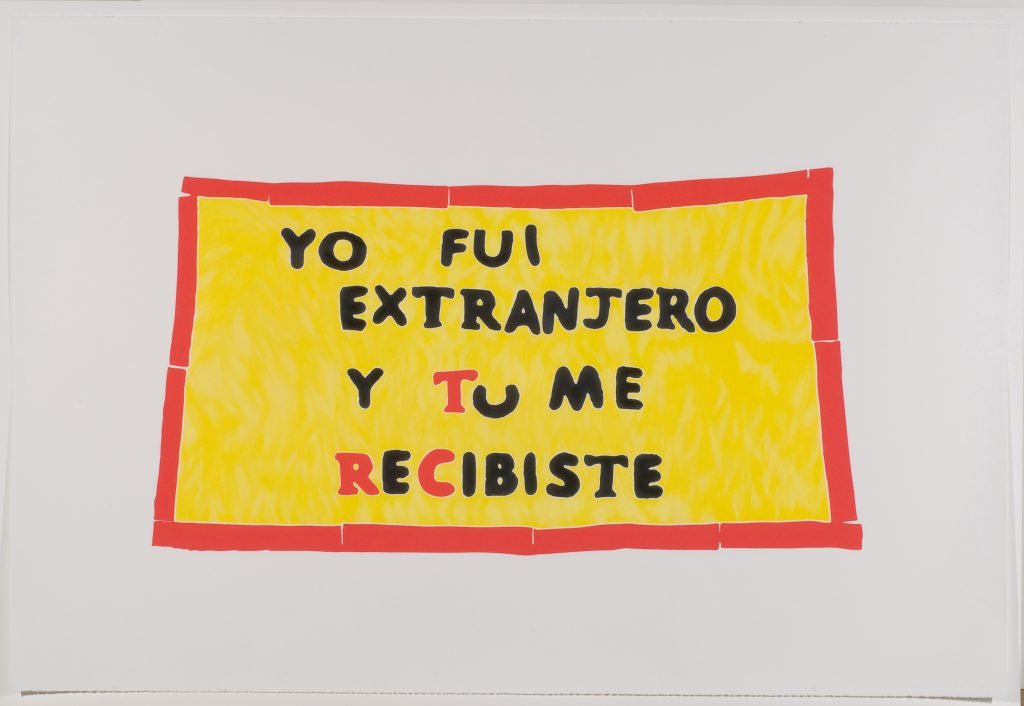 This ceding of space is most pronounced in installations from two Chicago organizations, Centro Sin Fronteras and A Long Walk Home. Bowers became acquainted with the work of Centro Sin Fronteras, a community organization founded by Emma Lozano that fights for the rights of immigrants, in 2007. That year, Bowers came to Chicago to make work with Elvira Arellano, a Chicago activist threatened with deportation, which would separate her from her then-eight-year-old son, Saul. Arellano sought sanctuary in the Adalberto United Methodist Church, where Bowers conducted interviews with her, Saul and church leadership. The interviews, beautifully shot in front of the church’s altar, are painful to watch, as Arellano narrates the effect that ICE involvement has on her son, who lives in fear that his mother will be taken away. Alongside this video, “An Act of Radical Hospitality,” which plays on three screens, are archival materials from the center and a timeline of its work.

The gallery featuring work from “A Long Walk Home,” an arts organization that “empowers young people to end violence against girls and women,” is similarly poignant. On the left wall hangs a blue neon sign by Leah Gipson featuring the phrase “Forget me not,” a recreation of a handwritten note by the free Black woman artist Sarah Mapps Douglass. Underneath it sits a series of necklaces representing young Black women who died from gender- or state-based violence. Along the room’s back wall is “The Black Girlhood Altar,” a display of personal offerings for young Black women who have been murdered or are missing. The objects were gathered from local Black girls in the past year. Lit by candlelight are shelves holding stuff animals and plants, nail polish and accessories, letters and drawings, a satin bonnet, a sign that reads “Black girls matter.” A small screen plays lighthearted TikTok videos from Ma’Khia Bryant, a sixteen-year-old girl from Ohio who was killed by police in 2021. 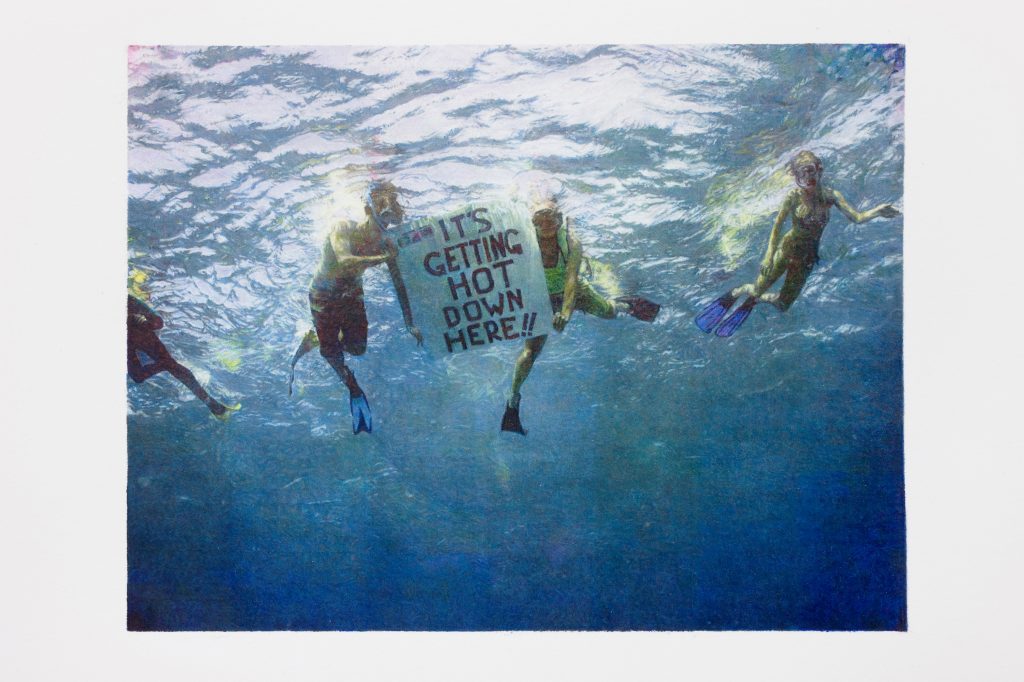 Bowers is aware of her privilege as a white woman, and is pointed in using that privilege for the benefit of others. Her sharing of exhibition space with community groups is a generous offering for such a prominent artist, and the attention she draws to the work of activists and community groups certainly helps their causes. She takes pains to list the names of those who take part in the making of her work, from camera operators to editors to collaborators to the beaders who made a beautiful banner honoring the late Ken Saro-Wiwa. 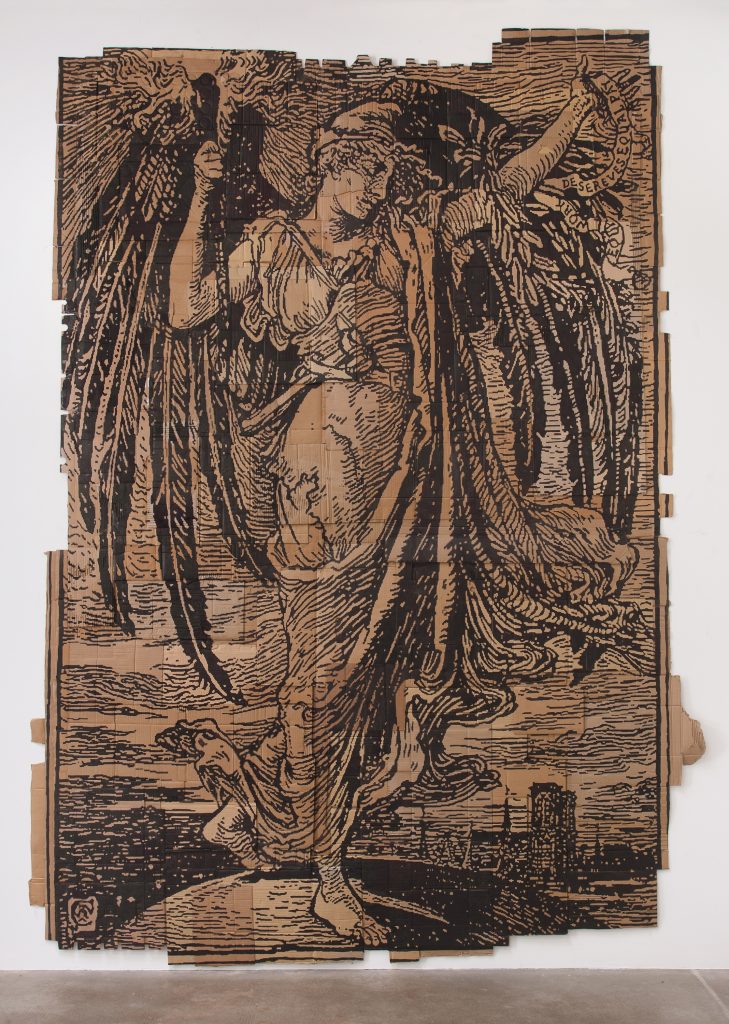 One gallery features an open letter that Bowers wrote in 2013 about the labor practices at the art fair Frieze New York. Frieze refused to hire local union workers for construction, claiming it couldn’t afford to, despite its ticket price being the most expensive for an art fair. Bowers displayed the letter with her work in the fair, an action, the exhibition wall text explains, that “is indicative of Bowers’ interest in aligning all aspects of her art practice with the values and concerns that her art espouses.” So it’s unfortunate that the artist didn’t take the opportunity of this exhibition to address the myriad concerns raised by past and present MCA employees and local artists. Those concerns include institution-wide pay transparency, job security, the need for health benefits, the adoption of WAGE standards for artists and an end to ties with the Chicago Police Department. While the museum has announced a new slate of “commitments,” most do not directly address these public concerns. For an artist like Bowers, who is so steadfast in her commitment to causes ranging from workers rights to climate change to immigration, this oversight only serves to detract from her important work. (Kerry Cardoza)

Andrea Bowers is on view at the Museum of Contemporary Art Chicago, 220 East Chicago, through March 27.