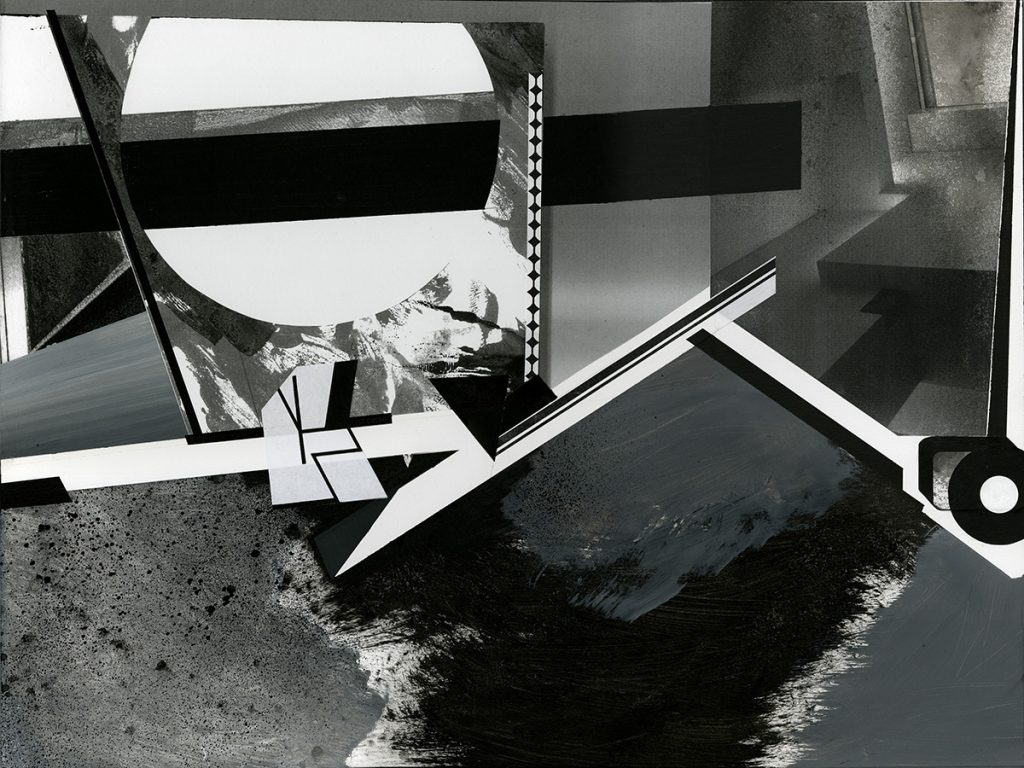 Dan Devening, proprietor of the eponymous ‘projects + editions,’ painter, curator and faculty at SAIC, has a good eye for pairing artists. While his Garfield Park gallery typically runs concurrent solo shows in separate rooms within the same space, the aesthetic frisson generated by the works’ proximity is almost always palpable and the dialogue between them inescapable. Case in point: Christopher Michlig’s “To Everyone” and Amy Yoes’ “Structurals and Sightlines.”

In Yoes’ multi-paneled installation, an initial feeling of cool intellectualism (possibly provoked by the works’ lack of color) gives way to something more primitive, more vigorously physical. As hard-edged geometric shapes collide head-on with snippets of casual brush strokes and glued-down half-tone dots, the vertiginous spaces they create exact a tidal pull upon the body forcing the viewer to move in close and then take several large steps back in order to reckon with the arrangement. In contrast, her stop-motion animation “Sightlines” literally brings the paintings’ forms to life, but at the cost of our kinesis; we cease moving and instead merely watch. 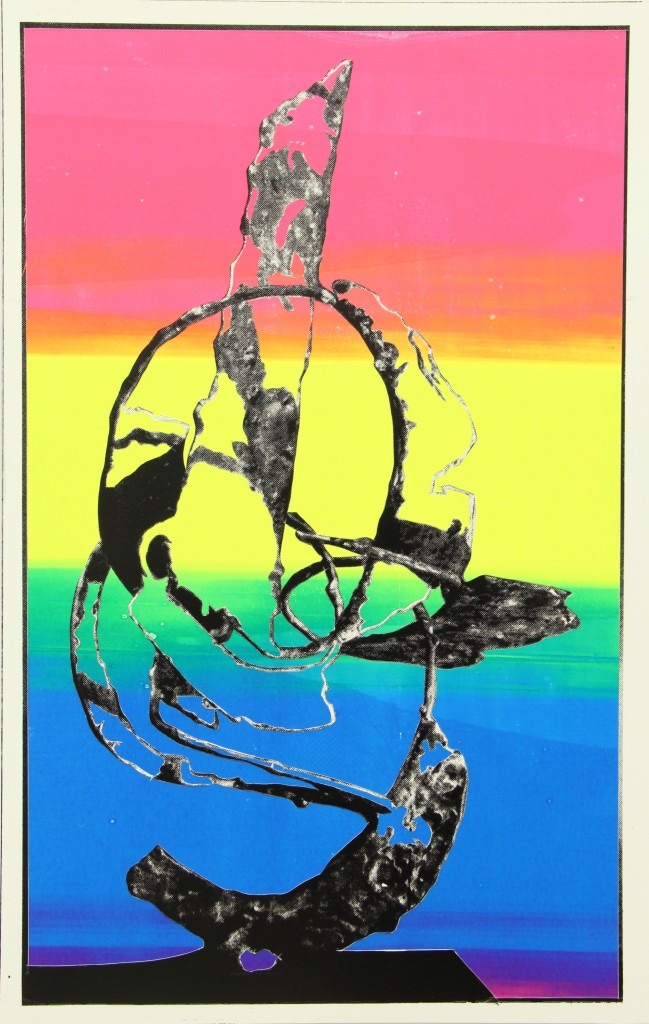 While Yoes’ “Structurals and Sightlines” rapidly shift from passive to aggressive, the collages in Michlig’s “To Everyone” move in the opposing direction. What begins as an assertive display of hyper-saturated, West Coast color yields a more deliberate exploration of duplication, theme and variation. Based on screen-printed reproductions from a 1961 André Bloc exhibition catalogue, Michlig’s pieces reverse engineer objects that have been reduced to code back into objects again. This process is most apparent in the nine paper constructions whose simple geometry—embellished with stylized drips—resembles a kind of 3D clip art. Immediately appealing, over time the works in “To Everyone” become more ambivalent.

Michlig’s luminous collages and constructions hit fast then slow down, while Yoes’ achromatic modular panels seem reserved but then get bossy. On the face of it, these works seem designed to accentuate their differences. But both shows underscore a shared sense of art’s history, an appreciation of the visual language of reproduced imagery and the fusion of different forms of “touch” through collage as a quintessentially contemporary medium. (Alan Pocaro)